Why it matters to CFOs?
Each quarter, CFO Signals tracks the thinking and actions of leading CFOs representing North America’s largest and most influential companies. Since 2010, the survey has provided key insights into the business environment, company priorities and expectations; finance priorities; and CFOs’ personal priorities.. 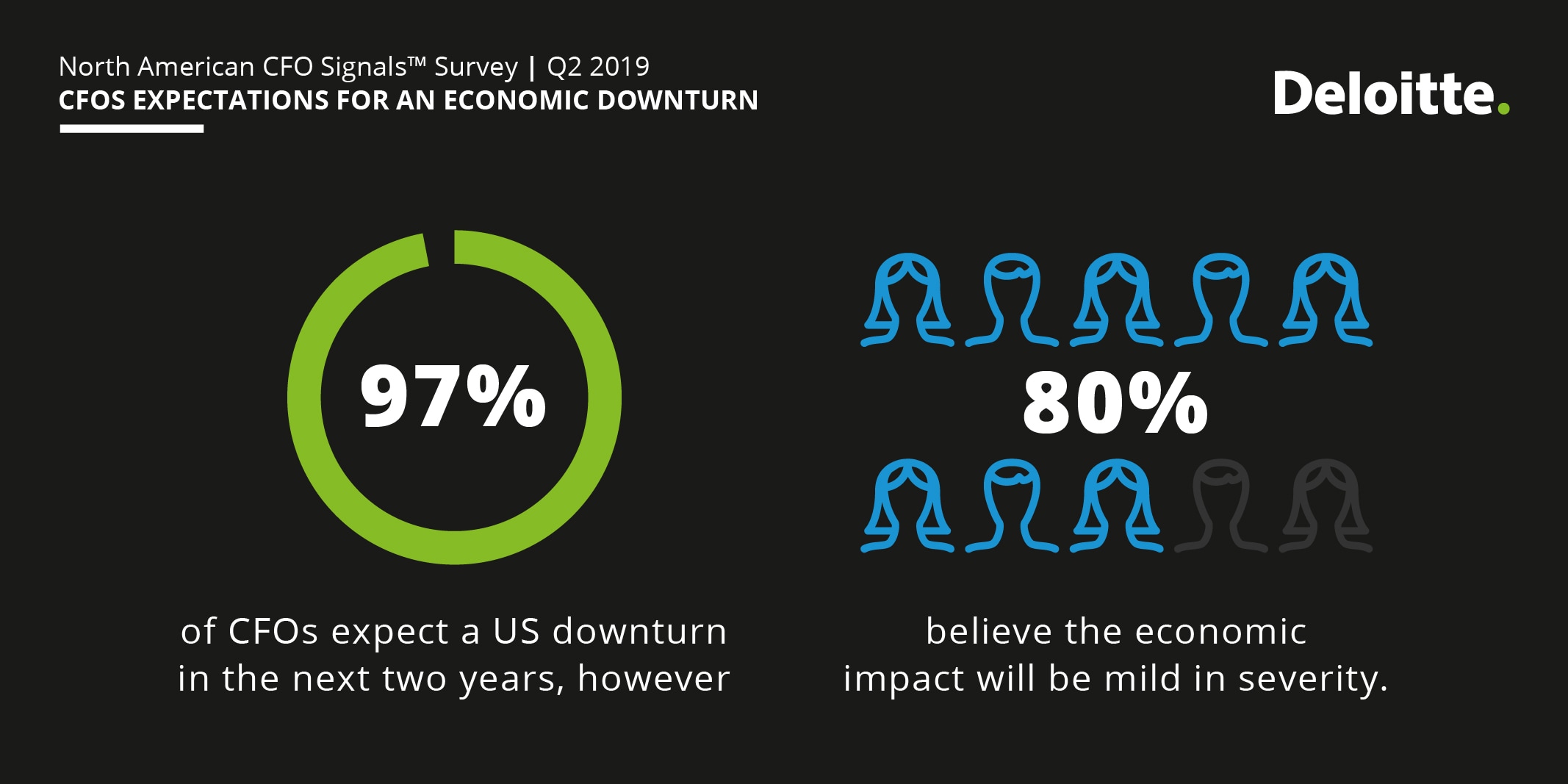 Most worrisome risks
Before 2017, CFOs’ top external risks focused heavily on slow economic growth. In 2018, the fear of trade wars/ tariffs was the top external concern of CFOs. This quarter, CFOs again voiced strong concerns about trade policy—especially US-China policy—and even higher concerns than last quarter about political turmoil and gridlock. Regarding internal risks, CFOs’ top concern since Q217 continues to be acquiring and retaining talent.

CFOs’ views on the future performance of the North American, European, and Chinese economies settled around multiyear lows in Q2, and the overwhelming majority expect a downturn within two years. However, there may be a silver lining for businesses and workers—80 percent of CFOs expect any downturn to be mild—an indication that companies are prepared to face the challenges ahead.

With mixed economic indicators in the US and observed slowing in several key economies around the globe, it is understandable that CFOs’ optimism dipped this quarter. At the same time, we continue to see relative confidence across our client base in the underlying fundamentals of the US economy and CFOs are highly focused on acquiring and retaining talent—an important priority for all leaders with such a strong job market in the US.