Why it matters to CFOs?
Each quarter, CFO Signals provides a unique barometer for how CFOs from North America’s largest and most influential companies view and interpret developments in the global economy. Since 2010, the report has provided key insights on the business environment, company challenges, finance function practices, and CFO career priorities. All participants are CFOs; almost 75% of their companies are publicly traded; and more than 80% have over $1B in annual revenue.

Anticipating a downturn
Expectations for a U.S. downturn have risen since earlier this year, with 97% of CFOs saying that a downturn (a slowdown or a recession) has already begun or will occur by the end of 2020 — well up from 88% in 1Q19. Overall, 12% of CFOs say they believe a downturn has already commenced, and 14% say they already see signs of a downturn in their company’s operations.

In terms of macroeconomic expectations for 2020, CFOs cite falling expectations for consumer and business spending, and two-thirds say performance beyond 2020 will depend substantially on upcoming U.S. elections.

Stakeholder pressure to act on climate change
In terms of addressing climate change, 71% of CFOs say they face moderate or higher pressure from at least one stakeholder group. Overall, the most common sources of higher pressure are employees, customers, boards, and investors (in that order). Furthermore, more than 90% of CFOs say their company has taken at least one action in response to climate change. The most frequently reported: increased efficiency of energy use; including climate risk management in governance processes; and use of energy-efficient or climate-friendly equipment. 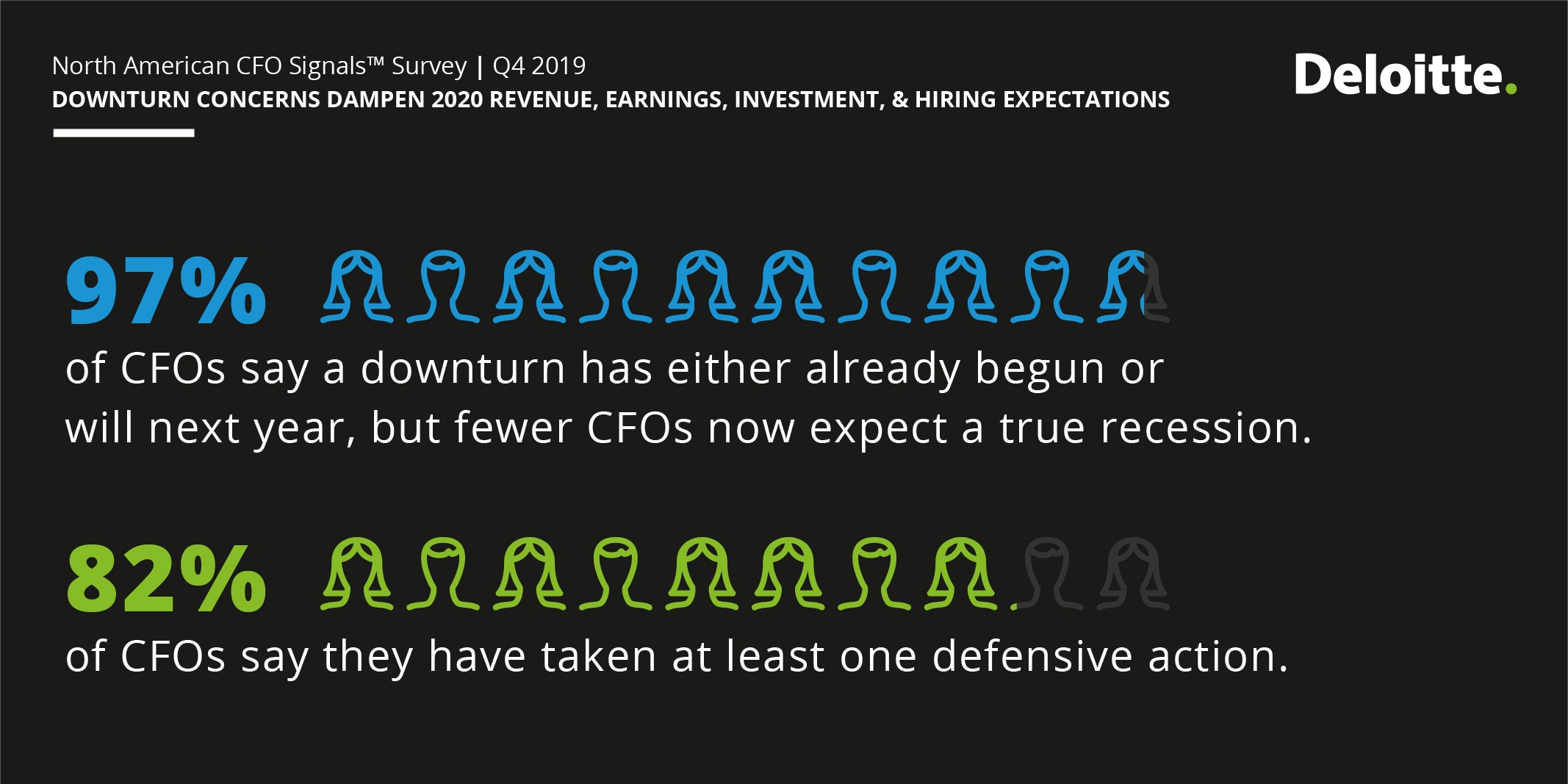 Compared to early 2019, companies appear to be taking more defensive actions related to downturn expectations—particularly around reducing spending and limiting or reducing headcount. While CFOs expect some form of US downturn by the end of 2020, the good news is that expectations of a full-blown recession have fallen sharply since 1Q19.

In coordination with our European colleagues, we examined the pressure companies are under to address climate change. More than 70% of North American CFOs say their company is under substantial stakeholder pressure to act, and more than 90% say they have taken action. Perhaps most importantly, the majority say they are building management of climate risks into their governance processes.