Audit committee disclosure in proxy statements—2018 trends has been saved

Audit committee disclosure in proxy statements—2018 trends has been removed

Investors and other stakeholders continue to push for greater proxy statement disclosure of both new and existing topics. A particular area of focus is the evolving nature of the company-independent auditor relationship and the ways in which audit committees execute their duties in this changing environment. This may include the ways in which the audit committee evaluates, selects, and oversees the independent auditor, as well as methods for the oversight of risk and the company’s financial reporting processes.

Deloitte analysis of the S&P 100 companies demonstrates that companies are indeed voluntarily increasing disclosures included in the proxy, albeit at a slower pace in some areas. 2018 results show that disclosures did not increase by more than 10 percent in any areas covered, except for one, though 80 percent of the areas analyzed saw an increase in disclosures over last year. The greatest year-over-year percentage increase occurred in disclosures on the audit committee’s role in the oversight of cybersecurity, which increased by 13 percent since 2017. Other key observations include increases in disclosures around audit committee practices, specifically discussion of management judgments and/or accounting estimates, which increased six percent, and the audit committee’s review of significant accounting policies, which rose four percent. However, the analysis demonstrated only a two percent increase in the discussion of issues encountered during the audit. Under the phase-in of the new Public Company Accounting Oversight Board requirements for audit reports, auditors of large accelerated filers will begin to disclose critical audit matters (CAMs) for fiscal years statements ending on or after June 30, 2019. This new requirement may drive an increase in company disclosures in related areas. A summary of these data points and other highlights of this year’s analysis are included. 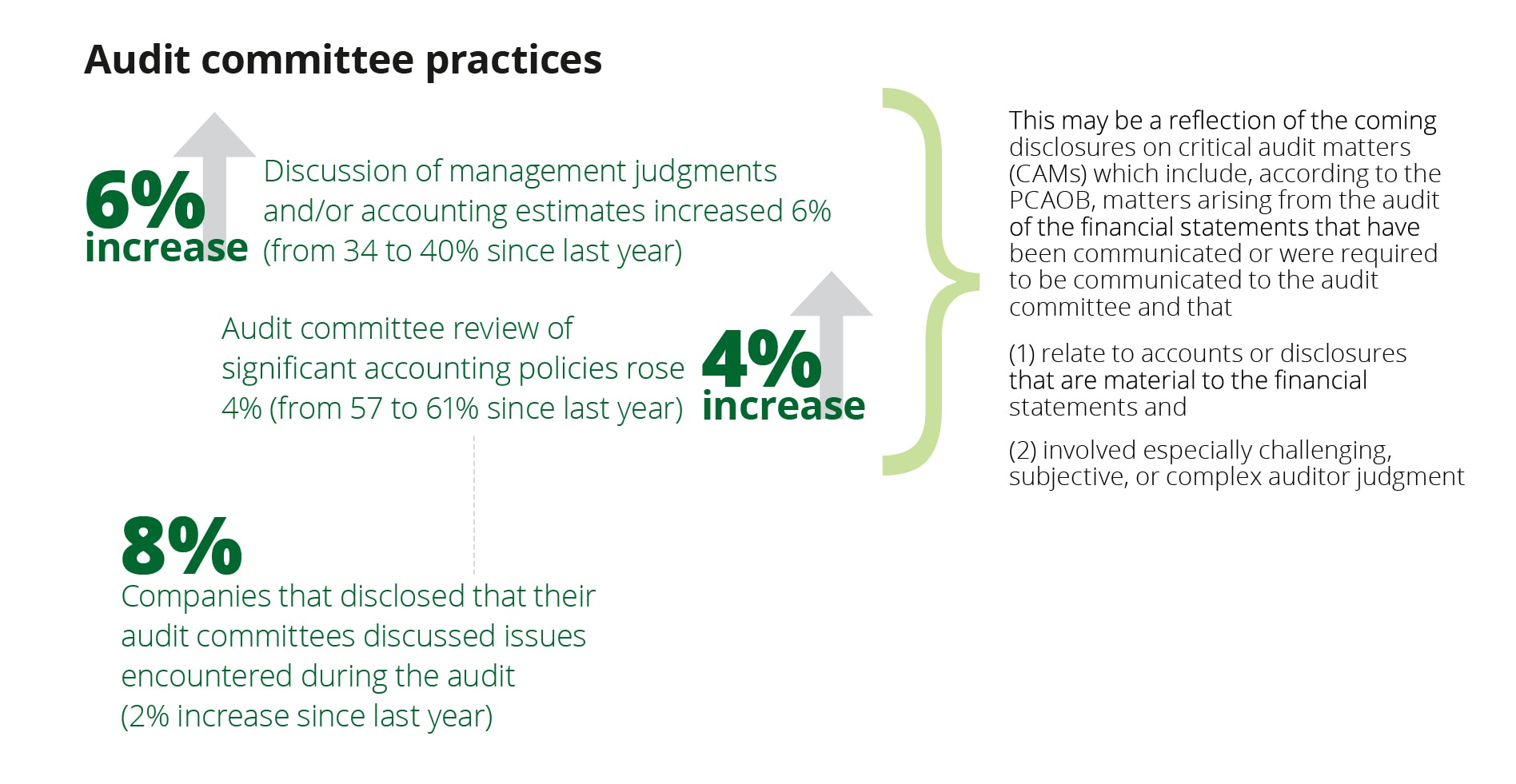 Carey is national managing partner of Deloitte’s Center for Board Effectiveness. She leads the Center to help both corporate board members fulfill their governance-related responsibilities and aspirin... More

Consuelo is a principal in the Regulatory Affairs group at Deloitte & Touche LLP. Her responsibilities include monitoring and engaging with various regulators, public policy makers, and other stakehol... More