A closer look at Q3 2018 CFO Signals has been saved

A closer look at Q3 2018 CFO Signals has been removed

Each quarter since the second quarter of 2010, CFO Signals has tracked the thinking and actions of CFOs representing many of North America’s largest and most influential companies.

All respondents are CFOs from the US, Canada, and Mexico, and the vast majority are from companies with more than $1 billion in annual revenue.

Three of our regional leaders analyze the results to discuss what resonates with them the most. 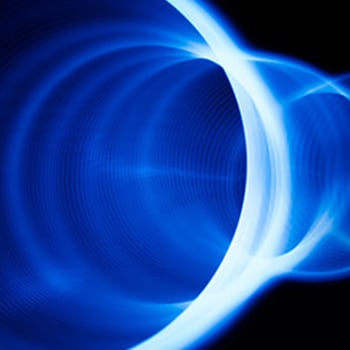 Q: What stands out to you from this quarter’s report?

Chris Schmidt: The headline exclaiming, “Optimism in health and trajectory of North American, European, and Chinese economies declined” is sure to turn heads. But it’s important to put this finding in perspective. The percentage of CFOs reporting optimism did drop, but last quarter’s results yielded the highest optimism in the eight years Deloitte has been running this survey, and those reporting optimism still sits at a robust 89 percent.

That being said, warning signs exist. Only 45 percent of respondents expect better conditions in a year–the lowest number in two years. Additionally, optimism in their own companies also declined for the second straight quarter, and now sits below the two-year average.

Ed Heys: Domestic tax reform, in combination with a steadily growing global economy, resulted in a surge of optimism at the start of the year. Now, CFOs are acknowledging new geopolitical forces are at play, and it’s tempering their outlook. Global trade policy topped the list of external concerns cited by CFOs, with the possibility of more tariffs and intensifying trade tensions as having the largest negative ramifications on corporate performance. Although looming trade wars have CFOs concerned, this quarter marked the first time in 2018 that CFOs viewed internal risks as being a greater constraint to company performance than external ones.

Garrett Herbert: While numbers elsewhere are declining, dividend growth expectations enjoyed a spike to its highest level in eight years. This runs counter to trends CFOs were anticipating back in the first quarter of 2018. At the time, CFOs predicted tax reform would likely lead to higher spending on domestic operations and higher wages than to fund dividends.

Also of note: Despite one of the longest bull markets in our nation’s history, CFOs reversed their trend of the past two quarters and stated that markets were overvalued.

Q: Turning our attention to the future, what trends are you seeing that could have the biggest long-term impact?

Garrett Herbert: Finance isn’t necessarily the first sector associated as impacted by technology, but we’re seeing disruption that could fundamentally change how it looks in the next few years. A majority of CFOs now foresee a future in which an increasingly tech-enabled workforce moves beyond the typical responsibilities of accounting, reporting, and compliance to become more adept in an analysis, prediction, and decision support. Workers will take on more responsibilities that will be supplemented by technology. On the whole, CFOs see this as a positive trend, with two-thirds expecting technology to enable enhanced technology.

Ed Heys: The types of employees doing this work is likely to change as well. CFOs reported that 8.3 percent of their finance workforce consisted of outsourced, contingent contract or gig workers, and the belief is that number could nearly double in the next three years. This growth could be especially impactful within the gig economy. CFOs expect their companies’ participation in the gig economy to grow 88 percent in the next three years. However, CFOs expressed concern that the finance talent gap could continue to grow in the near-term.

Chris Schmidt: My colleagues touched on the “what” and the “who.” But there is also intrigue concerning the “where.” To address these shifting talent requirements, CFOs are indicating they will increasingly utilize shared service centers and offshore locales. However, CFOs are more divided about where their domestic workforce will likely be based out of over the next few years. When it comes to telecommuting for financial workers, 41 percent believe there won’t likely be a dramatic increase, while 31 percent anticipate there will be one.

With more than 30 years of experience in professional services, Ed is the Atlanta and Birmingham Managing Partner of Deloitte & Touche LLP. Ed is responsible for strategy, operations, talent, and busi... More