Faces of Deloitte Advisory is a series of true stories that explore the personal history of our professionals, highlighting key experiences that defined their values and explaining why they do what they do. In this story, Pashupati reflects on his determination to defeat an ailment, internalizing his father’s fighting spirit, and how his patience paid off when things weren’t going his way professionally.

“Living in larger villas and driving fancier cars are not that important. I learned from my parents that the standard of living doesn’t equate to quality of life.”

The sun is setting at the Sankey Tank Park in Bengaluru and Pashupati Kumar—or PK as he is fondly called by everyone in Deloitte—is out for his daily walk. He begins talking about his father when suddenly an elderly man tells him to tie his shoelaces. The man stands there to be absolutely sure that PK does it.

“The universe sensed that I am missing my dad and, therefore, sent a father figure to me,” he jokes.

His father had diabetes and struggled with its many complications throughout his life. And yet, he never let his fight become someone else’s.

“From my school days,” PK recalls, “I saw him managing his busy work life while dealing with this disease. When the complications began to become more visible, he made decisions anticipating things that could go wrong.”

And as his father took care of himself with remarkable resilience, it left an indelible mark on PK.

“He always knew what needed to be done, whether it was managing finances for a kidney transplant or deciding to live in a house near a hospital when we shifted to Hyderabad. He always took care of himself, bravely battling illnesses and enduring multiple surgeries.”

While his father taught him persistence and willpower, his mother—a homemaker—taught him the art of making human connections.

“If my mother was not at home, the visitors would leave sooner as they would miss her hospitality. It is from her that I learned the importance of caring for others and how something like sharing a meal can go a long way in building valuable human relationships,” reminisces PK, who also saw his parents spearheading many community welfare initiatives. 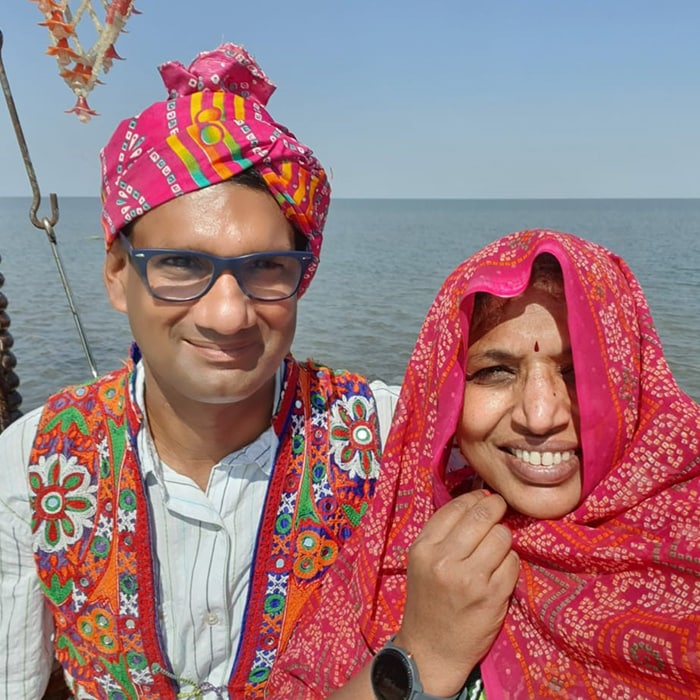 His father’s fighting spirit and putting everyone’s needs before his own were passed on to PK. And that’s why when he himself was diagnosed with diabetes, he knew how to deal with it.

“My father, who had a field job, didn’t have the comfort I had. I had learned early in life how your health can impact the lives of your family members and the kind of planning it takes to lessen everyone’s troubles,” he says.

Today, he has managed to reverse diabetes and go off medication by making healthy life choices.

“Another important lesson I drew was that the standard of living doesn’t equate to quality of life. That living in larger villas and driving fancier cars are not that important. And whenever I deviated from my principles, events would happen to remind me of those principles. For instance, the one time I bought a bigger car, it got damaged by floodwater, and I went back to buy a smaller one,” he shares with a smile.

He stops for a while and turns on his camera to record some ducks swimming in the lake surrounded by a lush green landscape. The conversation flows toward his professional life.

While his parents’ life lessons were shaping his personality, it was his elder cousins’ career choices that were paving the path for his professional journey.

“In the early ‘80s, unemployment made me more conscious of having to work hard to earn a job. By 1991, when I completed my chartered accountancy, India had an upbeat growth momentum, and my career significantly benefitted from that.”

PK pulls an apple from his pocket, takes a bite, and grows thoughtful. He shares that God sent him to the right place at the right time.

The right place? Deloitte. The right time? When he was ready to grow as a leader in his career through diverse challenges: In his mid-30s with aging parents, a family of his own to take care of—and developing diabetes. But at Deloitte, the adversity PK was navigating was seen and understood. He received a lot of encouragement and support and was able to do the right things to take care of his family while growing professionally.

PK has been with Deloitte since 2005. Every few years, he has progressed to a new role to help Deloitte grow and to gain new experiences. The first time PK wanted to take on a new role, he knew he needed to find his successor. He sought out an internal candidate and spent time working with that person one-on-one. PK became their mentor and coach until they were ready to transition into his current role.

“I share this story because sometimes, the younger professionals believe that once you are a manager or a leader, you need to stick to growing in the same role. They fail to realize that unless you grow your successor, no one is going to trust you with a different role, and it may lead to overall slower growth in your career,” shares PK. 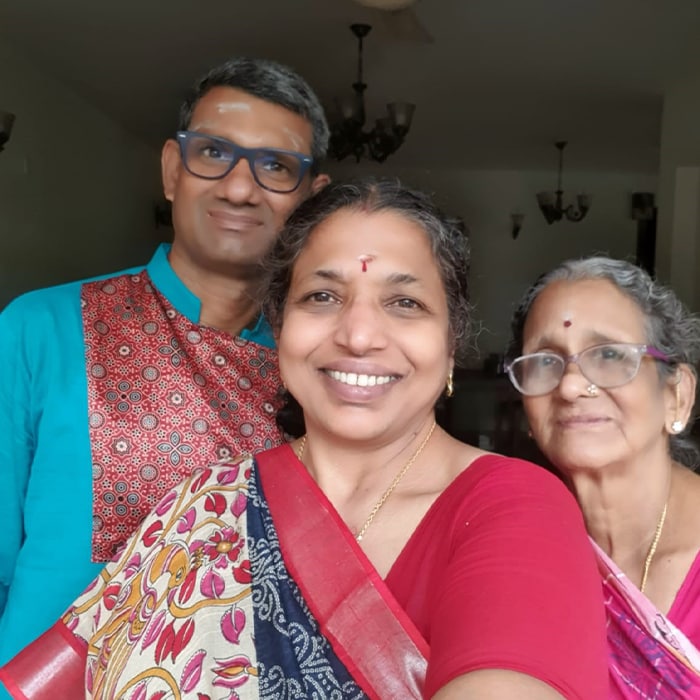 But good things come to those who wait. His leader identified his strengths and set him up for a new mission. And together, they managed to create a better global network among several member firms. “I am grateful to him because that role created a different career trajectory for me. I got the opportunity to serve a big client where I helped them build a digital road map,” PK shares.

He believes that his conscious effort of meaningful and consistent networking—his secret to success—helped him create a personal brand. He makes it a point to regularly touch base with both clients and Deloitte professionals to know not just about their work, but also about their well-being.

“When I started, I was a subject-matter specialist. Today, I am a generalist who is motivating others to collaborate more. My focus right now is to help our professionals break barriers that may be limiting their progress.” And not only that, but PK has also been pulling for more inclusion for people with disability (PWD) in the workforce. With the diversity, equity, and inclusion (DEI) team, he also hosts a lot of financial well-being sessions for Deloitte professionals and encourages them not to get trapped in huge loans. “My family, however, believes I am a miser,” he quips.

PK has been married for more than 27 years. His wife, Gowri Krishnamurthy, is also with Deloitte. Through these years, he has learned a lot of valuable lessons on how working couples need to support each other’s careers while taking care of the family. PK has brought these insights to his work life and recognizes that women often have to make the more difficult choices in their careers, and so they need much more support and sponsorship at the workplace. He has had reverse mentoring on how to work with millennials and LGBTQIA+ and appreciates how those learnings have made him a better leader.

PK leaves the park and starts walking toward his home. The conversation inadvertently streams to the anecdote he shared about the flood damaging his car.

“My family and I got stuck at a hotel due to floods. We were stuck on the terrace with only bread to eat. It was a public holiday, and the government machinery was on rest. Our relatives and friends couldn’t help. Guess who made arrangements for our safe evacuation? Deloitte.”

We conclude our walk and PK warmly says goodbye at his front door. From inside his home, the sounds of his sons tuning their guitars waft through the air.

PK shares that he has to get inside to enjoy another musical evening with his sons jamming together.

These days are fleeting, and PK knows it. And the son who learned so much from his father steps inside to be a father to his sons. 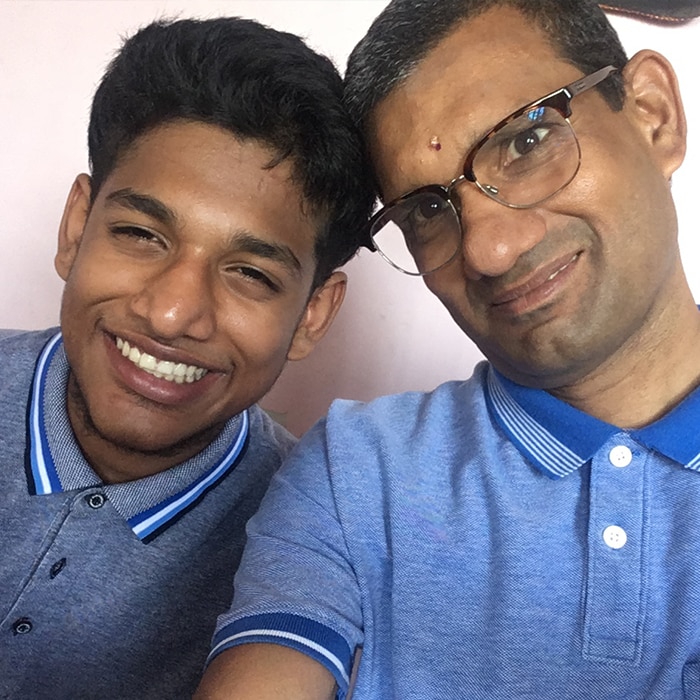 A forum for business leaders to discuss, examine, and explore trust in the business world, seeking to understand the drivers and implications of trust, as well as ways to effectively manage it.