Zero-based budgeting has been saved

Zero-based budgeting has been removed

While use of zero-based budgeting (ZBB) seems to be fading globally, some companies might still find it useful, particularly if they are currently in need of a more structured approach to cost management, are pursuing tactical improvements with cost savings targets of less than 10 percent, and are willing to contend with the additional implementation challenges and complexity associated with ZBB by making the necessary investments in training, communication, and change management.

What is zero-based budgeting?

Zero-based budgeting (ZBB) is a budgeting approach that involves developing a new budget from scratch every time (i.e., starting from “zero”), versus starting with the previous period’s budget and adjusting it as needed. In theory, this forces decision makers to constantly look at the business with fresh eyes, free from the limitations of past assumptions and targets.

On average, according to Deloitte’s first Global cost management survey, ZBB use is expected to decrease globally from 13 percent to 10 percent, a real decline of 23 percent (survey participants were asked whether they used ZBB in the past 24 months and then whether they plan to use it in the next 24 months).

However, usage trends vary significantly from region to region. Zero-based budgeting use is expected to decrease sharply both in the US (from 16 percent to seven percent, a real decline of 56 percent) and in Latin America (from 15 percent to nine percent, a real decline of 40 percent). However, in Europe and the Asia Pacific, the use of ZBB is expected to hold steady at seven percent and 16 percent, respectively.

Additional findings on ZBB use globally include:

The good news for zero-based budgeting users is they appear to be moderately more successful at meeting their cost targets. Sixty-three percent of respondents, globally, who did not conduct ZBB did not meet their cost targets, while the same is true for 58 percent of those that did use ZBB. Although ZBB users in the US reported higher cost program failure rates than non-ZBB users (65 percent vs. 57 percent), in all other regions the failure rate for ZBB users was lower than for non-ZBB users (57 percent failure rate vs. 68 percent in Latin America; 52 percent vs. 56 percent in Europe; and 60 percent vs. 71 percent in the Asia Pacific).

However, companies using ZBB tend to report higher barriers to effective cost management, which suggests ZBB may be more difficult to implement and use than other cost management methods. Two barriers that ZBB users rate particularly high are “weak/unclear business case” (42 percent vs. 25 percent for non-ZBB users) and “poorly designed tracking and reporting” (43 percent vs. 23 percent for non-ZBB users)

In the US, high-cost targets and high failure rates suggest companies might be misapplying zero-based budgeting, using a tactical approach to pursue aggressive targets that likely require strategic cost actions. In Brazil, where ZBB first rose to prominence, declining usage seems to be driven by implementation challenges.

Use of ZBB is expected to remain flat in the Asia Pacific, except in China, where it is expected to rise—perhaps due to lower implementation barriers and lower failure rates.

In Europe, use of zero-based budgeting is relatively low but expected to hold steady. Cost targets in the region are much less aggressive than elsewhere; also, structured approaches to cost management are much less common. In this environment, ZBB—as a structured approach—may be appealing to some companies simply because it is better than nothing. 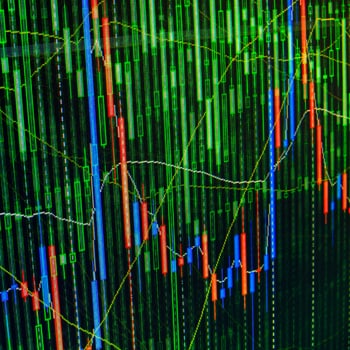 A key takeaway is that while zero-based budgeting use seems to be fading globally, some companies might still find it useful—particularly if they are currently in need of a more structured approach to cost management, are pursuing tactical improvements with cost savings targets of less than 10 percent, and are willing to contend with the additional implementation challenges and complexity associated with ZBB by making the necessary investments in training, communication, and change management.

For companies interested in using the zero-based budgeting process, Deloitte has developed a digital approach that can make the process faster, easier, and more effective. 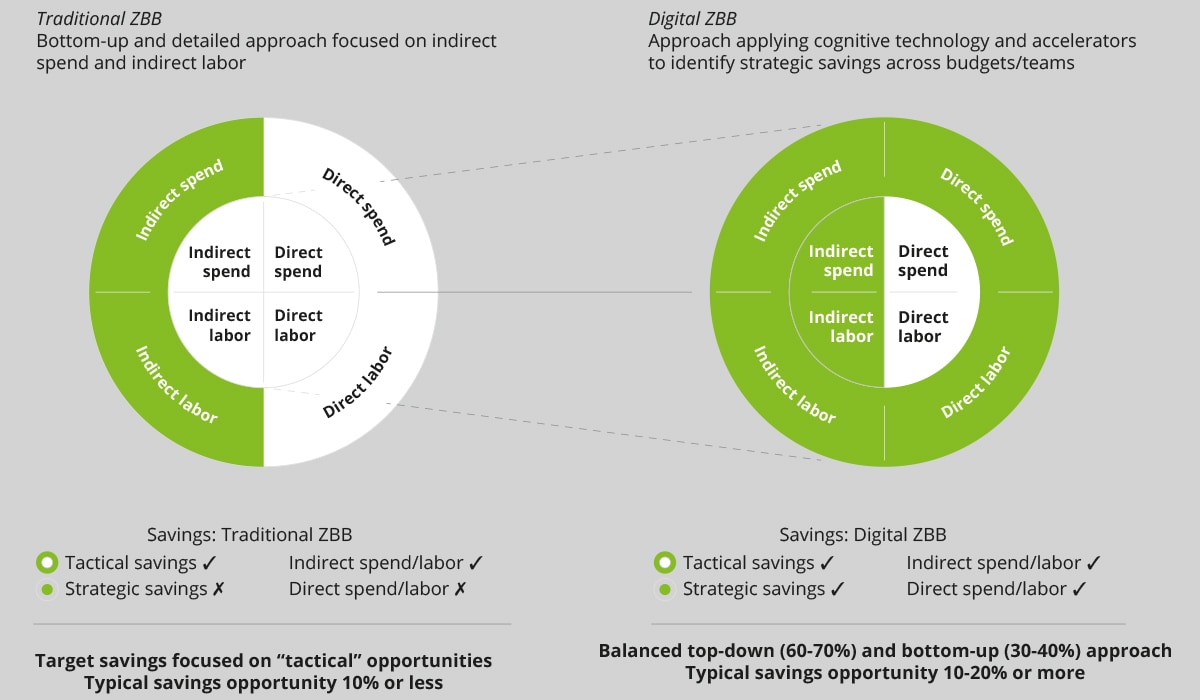 Zero-Based Budgeting In a Box

Deloitte’s Zero-Based Budgeting In a Box application addresses the common cost towers applicable to all organizations regardless of industry. Powered by Anaplan’s connected planning platform which enables fast implementation and rapid scaling across your company’s planning functions, the solution addresses industry agnostic G&A expenses with leading practices that help increase speed to value, including consistent approaches to department budget planning with a base of zero, techniques for reducing expenses, and the ability to perform roll-ups and reporting.

Zero-Based Budgeting In a Box

Traditional cost and margin improvement approaches are no longer sufficient in a world facing digital disruption and exponential technologies. Visit our Strategic Cost Management topic page for more articles, videos, and insights on how to effectively manage costs.

Omar Aguilar is the global leader of the Strategic Cost Transformation service offering for Deloitte Consulting LLP, focused on supporting and serving multinationals and local clients across the globe... More

Faisal leads the US Strategic Cost Transformation practice as a principal with Deloitte Consulting LLP. With more than 15 years at Deloitte, he specializes in leading large-scale business and operatin... More

Save-to-Thrive during the COVID-19 pandemic