New media have changed overnight our perspectives on news, information and entertainment. Can print survive — profitably? Are video podcasts destined to replace television? What will the publishing industry look like in a decade? In an excerpt from the recently published Convergence Conversations, Ed Moran interviews Rich Karlgaard, publisher of Forbes magazine.

Almost two years ago, Deloitte Touche Tohmatsu’s (DTT) Global Technology, Media and Telecommunications Group (TMT), made up of the TMT practices of DTT member firms, held the first of a series of Convergence Forums among 25 senior industry figures, designed to discuss the importance of an issue that at the time was awash in ambiguity and contradictions.

Each executive brought an original, valid perspective to the discussion. In late 2006, the edited version of these discussions was published in book form as Convergence Conversations. Following is an excerpt from the book. 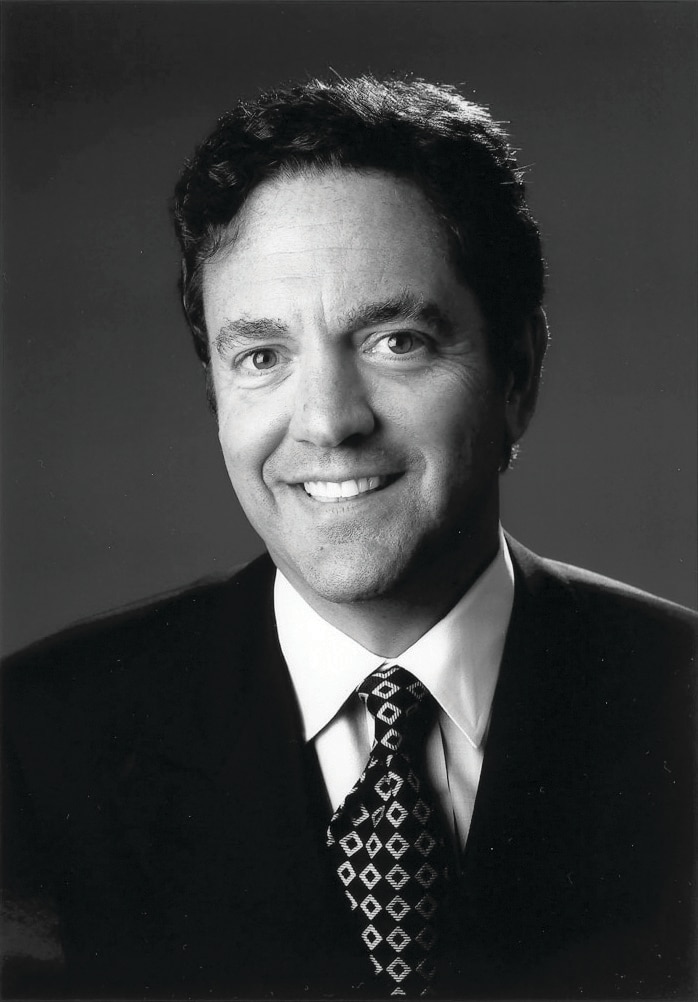 Rich Karlgaard is the publisher of Forbes and the author of the weekly column “Digital Rules.” He writes about technology, entrepreneurship, regional and economical development, and the future of business and work. He frequently lectures on these subjects and is a regular guest on Fox News Channel’s “Forbes on Fox.” In 2005, he began writing a daily blog, which appears on the homepage of Forbes.com. Rich joined Forbes in 1992 to start Forbes ASAP, a technology magazine, along with Forbes CEO and Editor-in-Chief Steve Forbes, and the futurist and writer George Gilder. At Forbes ASAP, he commissioned original works by Tom Wolfe, John Updike and other notable American writers. He co-founded two companies (Garage Technology Ventures in 1997 and Upside Magazine in 1988) and one civic organization (the 5,500-member Churchill Club in 1985).

Forbes Inc is a family-owned business that publishes the business magazine Forbes. The company also produces a range of other titles, including Forbes FYI, American Heritage, and American Legacy. In addition, the company operates a popular Website (forbes.com), organizes a variety of business-related conferences, and publishes newsletters and custom magazines for a wide range of clients. The company is best known for its annual Forbes 500 ranking of the world’s largest and most successful organizations.

More and more people are getting news from the Internet. What does this imply for the publishing industry, including Forbes?

Our website, forbes.com is experiencing a 60 percent annual growth in visitors, and a 50 percent growth in revenue. At current rates, we’re going to generate more advertising revenue from the website than from the magazine by late 2007 or early 2008 at the latest. Of course, we’re not going to sustain 60 percent growth forever, but we’d still expect to grow at a significant rate.

Is the magazine doomed? I don’t think so. Whenever a new medium appears, everyone predicts the old media are going to go out of business. But that’s not true. Just look at radio. When it was first launched, radio originally just broadcast comedy and drama. Television came along and displaced radio in both of these areas. Then a singer with long sideburns from Mississippi appeared and radio became a medium for rock and roll. The transistor radio was being launched at about the same time and as a result, radio was reborn. Next came FM, which gave a further boost to radio. Then sports and talk radios emerged. So rather than dying, radio has proliferated.

More generally, I think that for any medium to succeed, it has to identify what it can do that all the other media can’t. By implication, magazines now have to focus on what the Web can’t deliver. In our case, our fortnightly schedule has meant that Forbes has always had to differentiate by focusing on predictions, not news, and offering contrarian opinions. I think our unique angle on world events means that we’re still growing our advertising revenue from print - uniquely among our competitors.

Do you think print will always have its place?

Print will always have some kind of advantage. For one, it’s extremely portable. Furthermore, for any article that’s over 800 words and that has photographs and illustrations, print is still preferable. And crucially, as the volume of information continues to explode, the value of an editor who distills things for the reader and gives a coherent world view will grow considerably.

I think magazines are in a decent, stable shape in general, as are local newspapers. However it’s the urban dailies that are in trouble and will continue to be in trouble. Property websites are going to take out a big chunk of real estate advertising from newspapers. News weeklies have to figure out what their unique selling proposition is.

Is the magazine doomed? I don’t think so. Whenever a new medium appears, everyone predicts the old media are going to go out of business.

You have maintained your blog, Digital Rules, for 10 months now. Is blogging having an impact on the publishing world?

There are 70 million or more blogs out there and more are being added every day. The vast majority of blogs are very personal and diary-like. But when you go to some of the professional news and opinion websites and see what the editors have selected as the best columns and opinion editorials, you find that they don’t discriminate between professional writers and bloggers. Some 20 percent of their content comes from blogs.

I don’t think it’s possible for bloggers to say something original every day, but they can provide an interesting comment on someone else’s original material on a daily basis. In fact that’s what I did in my blog today, with a link to the source. The ability to link to someone else’s content is a great game changer.

There are so many new media alternatives to choose from in the converged world that there’s a real temptation to blast out in a million directions. Forbes currently has access to more capital for expansion, and it’s tempting to go in lots of different directions. However, right now the website is growing so fast that we can only execute on our current plans and podcasts don’t have a part to play.

Video podcasts may be a few years away. When there is the bandwidth to do as much video as audio, when the production costs of video come down, then video podcasts may become more feasible. It is becoming cheaper to produce video, but it’s still a significant expense to have a studio that can project television quality on the Web. You can’t use a webcam sitting on top of a PC!

What trends, apart from the emergence of new technologies, do you think will drive the evolution of convergence?

One key trend, which a colleague recently wrote about, is the mash-up economy, whereby people and companies combine different elements to create new products and services. Mash-ups are becoming increasingly feasible as software becomes more standards-based. Clever people are mashing up various components and even some software companies, like salesforce.com, are encouraging their users to mash up other technology with theirs to create new applications. To me, this approach is a powerful contributor to the overall value of convergence.

Another key trend is what I call in my column “the back side of Moore’s Law,” or the “cheap revolution.” Everyone’s familiar with the front side of Moore’s Law: a doubling of processing power every 18 months; a doubling of bandwidth speeds every 12 months and a doubling in storage every nine months. But the back side may be more interesting. Prices for technology-based products at a constant performance level are dropping 30 percent every year and about 50 percent every two years. This is making technology-based products increasingly affordable and hence accessible.

There seem to be many small start-up businesses making waves in the world of convergence. Why do you think that is?

The incumbents in any industry are obsessed with growing their revenues to satisfy their shareholders, by say 10 percent per year. That precludes them from experimenting and going after markets where there may be uncertain revenue, or small initial revenues. Established companies are focused on upgrading existing customers, squeezing 10 per cent more out of those customers every year, or else going for customers in adjacent spaces. Because of the way in which large companies are run there’s not much chance of really disruptive change or radical innovation.

Search will become the most frequent use of the Internet, even more than email.

Convergence tends to favor people and organizations that tinker. It’s amazing how many technology products have evolved out of people’s hobbies or casual experiments. The PC and WiFi were both experiments. It also favors companies that are prepared to take risks, a characteristic that’s generally rare among incumbents.

What’s the importance of brand in a converging world?

Brand becomes much more important with convergence. In the 1930s, the movie studios were the dominant players. A studio’s brand had a bearing on a movie’s popularity. That power has since been supplanted by agents and the stars. Today, there are few studios that put a recognizable brand on a movie.

There’s a possibility the same could happen with content such as news, unless you have a brand that stands for something.

In Forbes’ case, our brand is based on a firm view that entrepreneurial capital is great and this line of argument runs throughout all of our output. Having a point of view, an editorial stance and a coherent world-view is a good thing right now, and will become an increasingly critical thing as convergence evolves. Our brand identity is what will differentiate us from the competition, and attract consumers to us. It will be a mark of quality, consistency and substance.

Of all the convergence products and services, which do you wish you had created?

To me, it has to be Google’s search engine. Not just because it has been a huge creator of wealth, but also because I use it so many times each day. I really do feel I have all the world’s information at my fingertips. Search will become the most frequent use of the Internet, even more than email.

How do you go about spotting potential winners in the converged world?

Someone once observed that the chances of a new technology, product or service catching on and making money is inversely proportional to the number of old establishment figures that dismiss it! I think that’s a reasonably good guide. All too often, the old guard rejects what it doesn’t understand or didn’t invent, and that’s why convergence has so much potential to disrupt.

On convergence: A conversation with Forbes publisher Rich Karlgaard has been saved

On convergence: A conversation with Forbes publisher Rich Karlgaard has been removed