A new data series allows for comparisons of consumption patterns among the states. 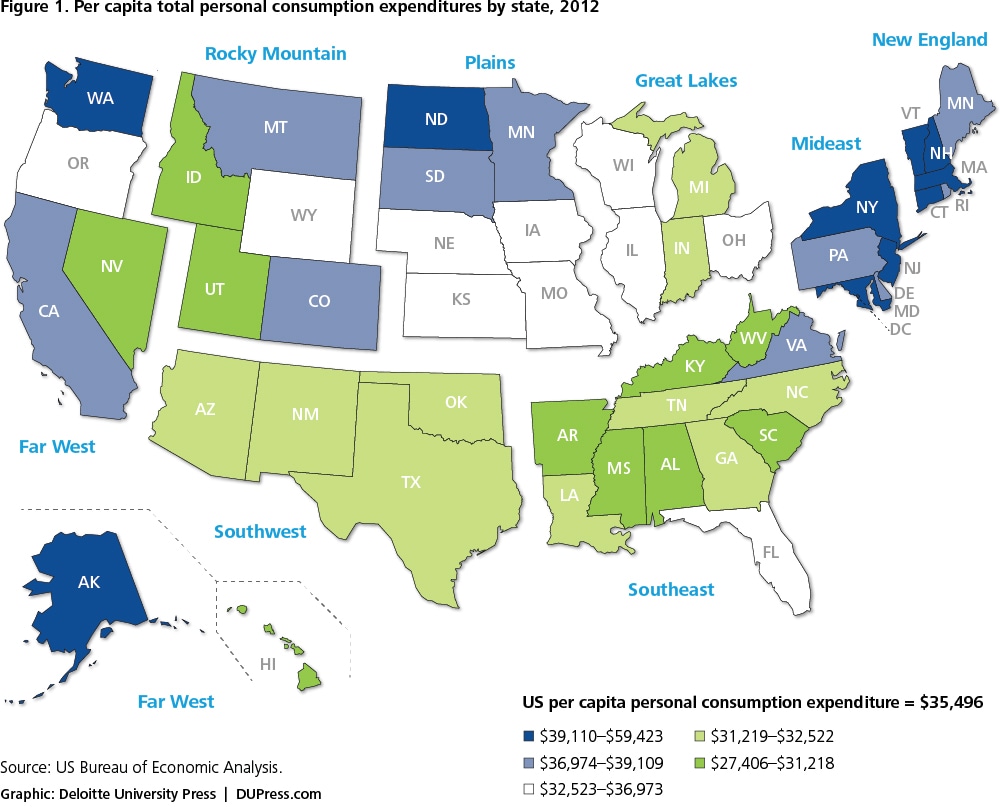 This new dataset allows for an exploration of variation in the types of spending among the states. While the press release points out variations in absolute dollars spent on different categories, it is also interesting to consider the proportion of PCE going to a particular category. For example, the Bureau of Economic Analysis reports that per capita PCE for housing and utilities was highest in 2012 in the District of Columbia ($11,985), followed by Hawaii ($10,002), Connecticut ($9,524), and Maryland ($9,000). Per capita expenditures were lowest in Mississippi ($4,294), followed by Texas ($4,391), Arkansas ($4,500), and West Virginia ($4,536). However, if we look at the per capita PCE for housing and utilities on a proportional basis, we see that Hawaii spent the highest proportion of per capita PCE on this category (33.2 percent), followed by California (23.3 percent), Maryland (22.0 percent), and Nevada (21.6 percent). Proportional per capita expenditures were lowest in North Dakota (12.4 percent), followed by South Dakota (13.6 percent), Texas (13.6 percent), and Michigan (14.8 percent).

Geographic variations in consumption has been saved

Geographic variations in consumption has been removed