Are jittery US credit markets leading to tighter financial conditions?

Are jittery US credit markets leading to tighter financial conditions? Behind the Numbers, January 2016

Falling oil prices and a rate hike by the Federal Reserve have impacted the market for high-yield bonds, but could these jitters result in an overall tightening of the US credit markets?

Following the 2008 financial crisis, the US financial sector underwent significant strengthening. Currently, it is better capitalized and loan quality has sharply improved relative to 2008. Banks’ reserves of liquid assets also grew during this period, increasing the sector’s resilience to a liquidity crisis (figure 1). Overall, we believe a stable financial sector has improved broad credit conditions and reduced funding risks. 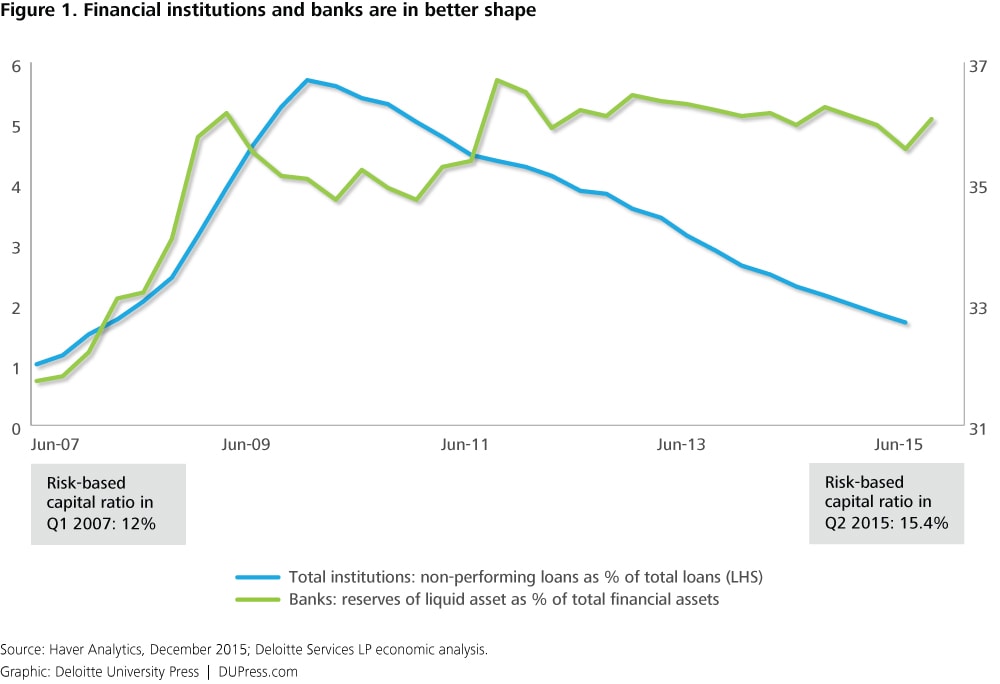 In the bond markets, corporations took the opportunity of unusually low interest rates to raise funds for diverse reasons, including business investment, merger activity, and share buybacks. Investors seeking higher returns expanded their risk appetite to high-yield debt (issued by below-investment-grade companies). Between 2012 and 2015, over $1.2 trillion worth of high-yield bonds were issued in the United States, accounting for about 22 percent of total corporate bond issuance (figure 2).

However, beginning with the steep fall in oil prices since June 2014, US credit markets started showing early signs of caution, particularly with exposure to the energy sector. As the US Federal Reserve gave firmer hints of a possible rate hike by the end of 2015, the prospect of more costly funding and better yields on competing investments added to investors’ worries.

But what started as pain in the low-quality energy sector’s debt has extended to those of other industries.1  The composite spread on US high-yield bonds, a measure of default risk and often an early signal of credit market stress, rose from a low of 3.35 percent in June 2014 to over 7 percent by the beginning of 2016 (figure 3). The very structure of the way that these assets are held by mutual funds and exchange-traded funds may have been partly responsible for the spillover to other sectors. Investors can generally redeem fund shares much faster than a fund can sell illiquid assets in its portfolio—high-yield bonds in the present case. This liquidity mismatch means that excessive stress has the potential to degrade market liquidity and drive prices below fundamental values through forced sell-offs.2

Corporate debt default rates are currently low and there do not appear to be any broad concerns over excessive leverage. However, weak commodity prices, uncertain global growth, and the anticipation of a rising rate environment have deteriorated corporate debt markets to a certain degree. One key question is whether these worries and the subsequent risk aversion among investors will remain confined to the market for high-yield bonds. As figure 4 shows, for nearly two decades, banks’ lending standards for commercial and industrial (C&I) loans have moved in tandem with high-yield bond spreads. In an environment where credit market stress is on the rise, it’s unlikely that banks will extend loans to companies with weakening financial health. The US Federal Reserve put an end to all speculation regarding a rate hike when it increased the Fed funds rate by 0.25 percent in its December 2015 meeting. A few credit rating agencies expect an increased likelihood of defaults in the coming years with further tightening of US monetary policy.3 Data suggest that banks have started exercising caution in lending; more banks have been tightening standards in lending to corporates in recent quarters, and fewer are reporting increased willingness to make consumer loans (figure 5).

The coming months will show whether the rising credit market stress results in a healthy correction in risk assessment after years of easy credit, or whether it is an early sign of a more pronounced tightening of the US credit condition. 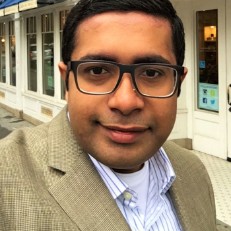 Are jittery US credit markets leading to tighter financial conditions? has been saved

Are jittery US credit markets leading to tighter financial conditions? has been removed