​How can government at all levels better engage with constituents? One way is with data storytelling: going beyond the numbers to craft narratives about issues people care about.

The story is mightier than the spreadsheet

In the past decade, many governments have taken significant strides in the open data movement by making thousands of data sets available to the general public. But simply publishing a data set on an open data portal or website is not enough. For data to have the most impact, it’s essential to turn those lines and dots on a chart or numbers in a table into something that everyone can understand and act on.

Data itself is often disconnected from the shared experiences of the American people. An agency might collect and publish data on a variety of areas, but without the context of how it impacts citizens, it might not be as valuable. So how do we connect data to the citizenry’s shared everyday lives? Through a language that is deeply tied to our human nature—stories.

Four ways to harness the power of data stories

As human beings, our brains are wired to process visual data better than other forms of data. In fact, the human brain processes images 60,000 times faster than text.1 For example, public health data shown on a map might be infinitely more meaningful and accessible to citizens than a heavy table with the same information. Increasingly, governments are tapping into the power of data visualization to connect with citizens.

In Washington, DC, the interactive website District Mobility turns data on the DC area’s multimodal transportation system into map-based visual stories. Which bus routes serve the most riders? How do auto travel speeds vary by day of week and time of day on different routes? How punctual is the bus service in different areas of town? These are just some of the questions that residents and city planners can find answers to through the site.2

Similarly, DataUSA combines publicly accessible US government data from a variety of agencies and brings it to life in more than 2 million visualizations. In addition to allowing users to search, map, compare, and download data sets, the site also shows them what kinds of insights the data can reveal through “DataUSA stories.” “People do not understand the world by looking at numbers; they understand it by looking at stories,” says Cesar Hidalgo, director of the Massachusetts Institute of Technology Media Lab's Macro Connections group, and one of DataUSA’s creators.3 DataUSA’s stories combine maps, charts, and other visualizations with narratives around a range of topics—from the damage done by opioid addiction to real estate in the rust belt to income inequality in America—that might pique citizens’ interest. Some states, such as Virginia, have also embedded interactive charts from DataUSA into their economic development portals.

To connect with citizens across groups, focus data and storytelling efforts around issues that have a far-reaching impact on their lives.

In the aftermath of hurricane Katrina, many neighborhoods across New Orleans were full of blighted and abandoned buildings—more than 40,000 of them. Residents and city staff couldn’t easily get information on the status of blighted properties—data that was necessary for communities to come together and make decisions around rebuilding their neighborhoods.4

New Orleans city staff worked with a team of Code for America fellows to build an open data-powered web application called Blight Status, which enabled anyone to look up an address and see what reports had been made on the property—blight reports, inspections, hearings, and scheduled demolitions. The app connected both citizens and city building inspectors to the data and presented it in an easily accessible map-based format along with the context needed to make it actionable.5

Data-driven stories can also reveal hidden truths about institutionalized biases. Across America, social justice movements are highlighting citizen disparities. While protests grab the attention of some and repel others, telling compelling stories supported by data can spur meaningful shifts in thinking and outcomes. For example, in the United States, the data shows that black women are 243 percent more likely to die than white women from birth-related complications.6 This disparity persists for black women who outpace white women in education level, income, and access to health care. The data challenges an industry to address the quality of care provided to this population of Americans.

Another way to bring citizens closer to data that matters to them is by telling the story of how that data can shape government decisions that impact their lives. This can be accomplished through a blog, a talk, a case study, or simply in the way public officials communicate successes to their constituents.

Consider the example of Kansas City’s KCStat program. KCStat meetings are held each month to track the city’s progress toward its goals. Data is used to drive the conversation around a host of issues, from public safety and community health to economic development and housing. Citizens are invited to the meetings, and stats and highlights from meetings are even shared on Twitter (#KCStat) to encourage participation and build awareness.7

“As data becomes ingrained systemically in your operation, you can use facts and data to create, tweak, sustain, and perfect programs that will provide a real benefit to people, and it’s verifiable by the numbers,” said Kansas City mayor Sly James in an interview for Bloomberg’s What Works Cities.8

The city also publishes a blog called Chartland that tells stories drawn from the city’s data. Some focus on themes from KCStat meetings, while others, often written by the city’s chief data officer (CDO) and the office of the city manager, explore pertinent city issues such as the risk of lead poisoning in older homes, patterns in 311 data, or how results from a citizen satisfaction survey helped drive an infrastructure repair plan.9 These blogs are conversational and easy to understand, helping to humanize data that can seem intimidating to many.

Hackathons and open data-themed events give citizens a way to engage with data sets in guided settings and learn to tell their own stories with the data. To celebrate the five-year anniversary of the NYC Open Data Law, for instance, New York City’s Open Data team organized its first-ever Open Data Week in 2017. The week’s activities included 12 events revolving around open data, which attracted over 900 participants. The city’s director of open data also convened “Open Data 101,” a training session designed specifically to teach nontechnical users how to work with open data sets.10

It’s important for event organizers to be cognizant that, for data storytelling to bring citizens closer to data, activities should be designed to enable participation for all—not just those who are already skilled with technology and data. For example, when Pittsburgh hosted its own Open Data Day—an all-day drop-in event for citizens to engage in activities around data—the event included a low-tech “Dear Data” project in which participants could hand-draw a postcard to tell a data-based story. Organizers also stipulated that activity facilitators should adopt a “show and play” format—a demo followed by a hands-on activity instead of a static presentation—to encourage open conversation and participation.11

Citizens telling their own stories with data can shed light on previously unknown challenges and opportunities, giving them a voice to drive change. For example, Ben Wellington, a data enthusiast looking through parking violation data in New York City, discovered millions of dollars’ worth of erroneous tickets issued for legally parked cars. Some patrol officers were unfamiliar with a recent parking law change and continued to issue tickets—a problem that the city has since corrected, thanks to Wellington's analysis.12

The value of data is determined not by the data itself, but by the story it tells and the actions it empowers us to take. But for citizens to truly feel connected to data, they need to see more than just numbers on a page; they need to understand what those numbers really mean for them. To make this connection, CDOs and data teams will need to invest in how they present data and think creatively about new formats and platforms.

Amrita Datar is an assistant manager with the Deloitte Center for Government Insights. She is currently based in Toronto, Canada.

The authors would like to thank Nina-Marie Nunes of Deloitte Consulting LLP for her contribution to the article. 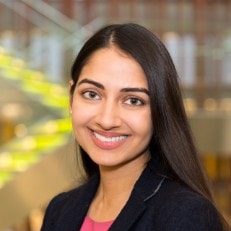 Amrita Datar is a senior consultant at the Center for Government Insights where she develops research publications and thought leadership focused on emerging trends at the intersection of technology, business, and society and how they could influence the public sector. Her previous publications cover topics such as customer experience, digital transformation, innovation, and future trends in government. She is based in Toronto, Canada.

Connecting data to residents through data storytelling has been saved

Connecting data to residents through data storytelling has been removed