The common wisdom behind excluding the over-qualified is straightforward; despite an initial expectation of strong performance, employers fear the applicant will soon become bored and leave the firm.

High on the list of lame breakup clichés sits a five-word paradox: “You’re too good for me.” Perhaps you’ve been on the receiving end. Maybe you were too “nice,” or maybe your love poems were too sincere, your embrace too warm, or your flowers too aptly arranged. In any case, when goodness—a traded commodity among would-be lovebirds—becomes a relationship-ending liability, the heartbroken are left to scour the aftermath for times when they could’ve been “less good.” It just doesn’t make sense.

Dating aside, this kind of exchange takes place every day in the context of potential employment relationships. Employers routinely use cognitive and other testing approaches to measure the abilities of job applicants. Wonderlic, a leading purveyor of such tests, reports the administration of over 200 million of these screenings throughout its history (c.f., www.wonderlic.com). Results are compared against defined performance bands not just to exclude those who might be under-qualified, but also those who might be over-qualified.

The common wisdom behind excluding the over-qualified is straightforward; despite an initial expectation of strong performance, employers fear that after the substantial investment of onboarding is complete, an over-qualified applicant will become bored and prematurely leave the company. The logic suggests that a “more appropriate” match in abilities will result in a longer, more fulfilling relationship. This view is reinforced by widely used selection test services, which prescribe an ideal range of test scores for different job types. Importantly, the courts have supported these practices as being within the rights of employers (e.g., Binder v. Long Island Lighting Co., 933 F 2nd 187 [2nd Cir. 1991]; Jordan v. City of New London and Keith Harrigan, 99-9188 [2nd Cir. 2000]).

But recent research casts doubt on the wisdom of such practices. In a recent paper published in the Journal of Applied Psychology called “A Conceptual and Empirical Analysis of the Cognitive Ability–Voluntary Turnover Relationship,” professors Mark A. Maltarich, Anthony J. Nyberg, and Greg Reilly reported on the results of their study of more than 5,000 people in the United States.

The research found that in positions with low cognitive demands—as defined by the government and including garbage collectors and car washers—employees with higher cognitive ability were no more likely than others to voluntarily leave their positions. This is in contrast to the related finding that for high-intellect jobs, screening for under-qualification may retain its importance. The research found that the likelihood of voluntary turnover increases as cognitive ability falls.

But what about job satisfaction? Shouldn’t that drive bored high achievers out of low-intellect jobs?

I asked one of the study authors, Greg Reilly, for his views on these results. Here is how he explained it:

A high-intelligence candidate might have any number of reasons for seeking a simple job. Rather than automatically reject the applicant, a hiring manager should probe for the rationale. Is it lifestyle? The candidate’s affinity for the company’s values? The simple need of a paycheck? Whatever the reason, many of these candidates really do want the job, are likely to stay in it, and will deliver high performance if the company will give them a chance.

All this suggests that companies trying to fill jobs that demand less-than-top-level smarts should think hard before rejecting candidates because their intelligence test scores label them over-qualified. The research concludes that, if anything, such candidates might be expected to stay longer and perform better than applicants whose scores supposedly make them better fits. This makes sense to me if we believe that non-job related issues such as lifestyle are of increasing importance to today’s workforce.

I am interested to hear about experiences or perspectives on this phenomenon, particularly from my HR colleagues. Feel free to leave your comments below so we can see what people think. 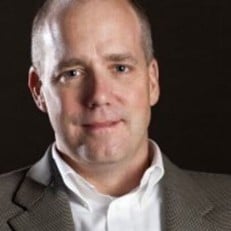 Too bad you thought they were too good has been saved

Too bad you thought they were too good has been removed