The potential for labor force participation

The potential for labor force participation Behind the Numbers, July 2014

Participation in the labor force declined substantially after the financial market crash in 2008. Demographics accounted for about half of this decline, but even adjusted for demographics, labor force participation has fallen significantly. In a way, that’s good news. It suggests that there are plenty of unused resources to be put to work as the US recovery finally begins to pick up steam. 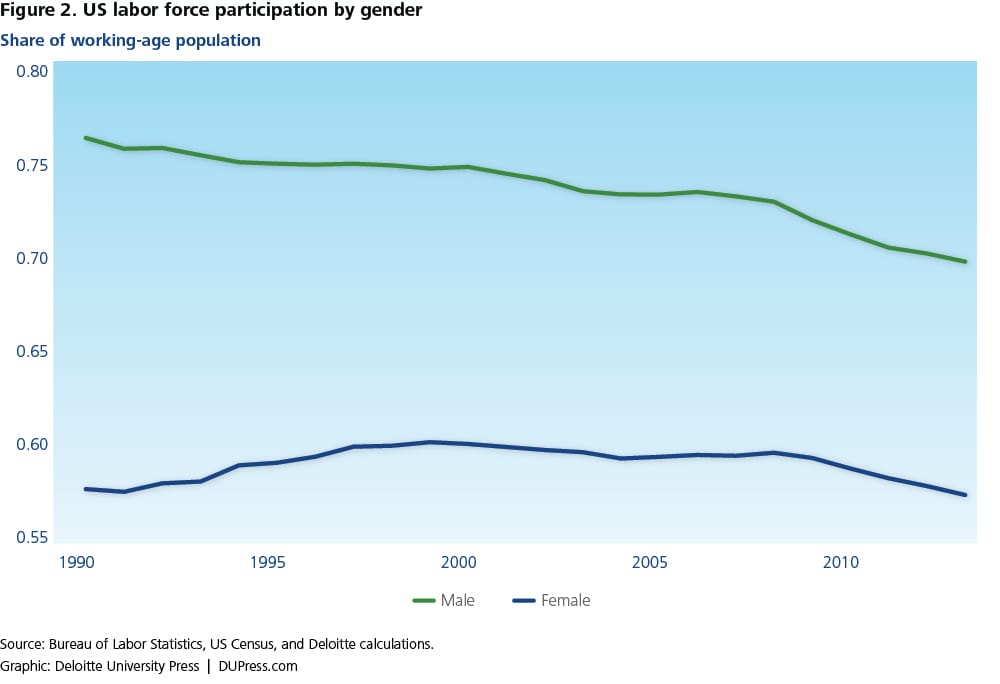 There is another twist to this story, however. The participation rate for older Americans has been rising, despite (or perhaps because of) the financial crisis and recession. Figure 3 shows that the growth of labor force participation by older people continued through the recession and slow recovery, even as participation by younger people fell. Older people may stay in the labor force because they are healthier. They may also want to keep working because they are financially unable to retire. Whatever the cause, a larger share of the older population is staying in the labor force. 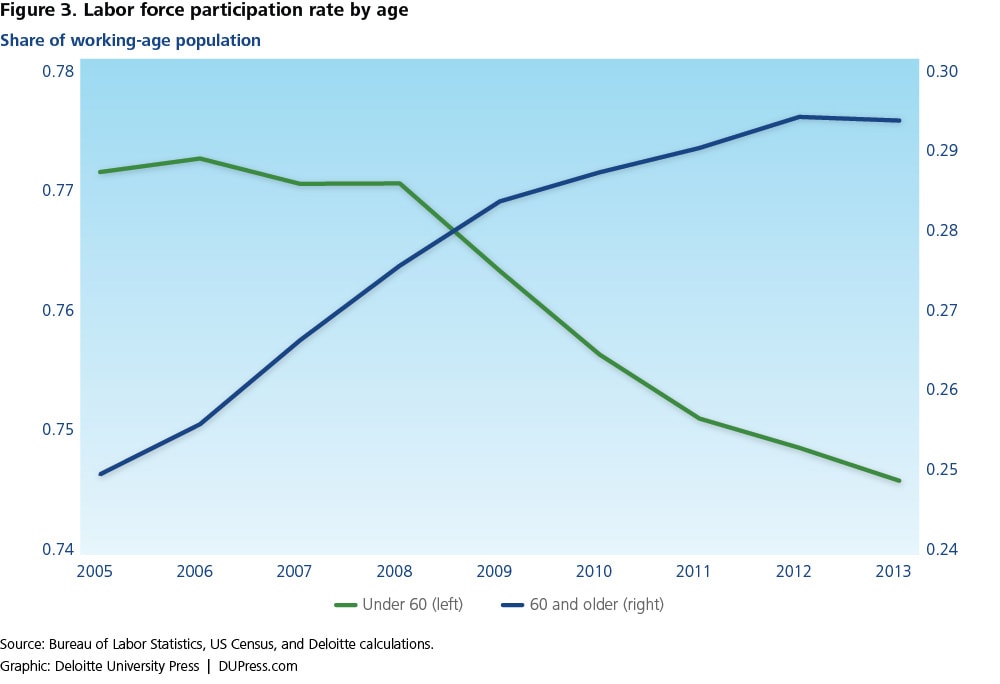 This raises some difficult questions in forecasting the labor market. Several trends are offsetting each other:

Two projections of the labor force 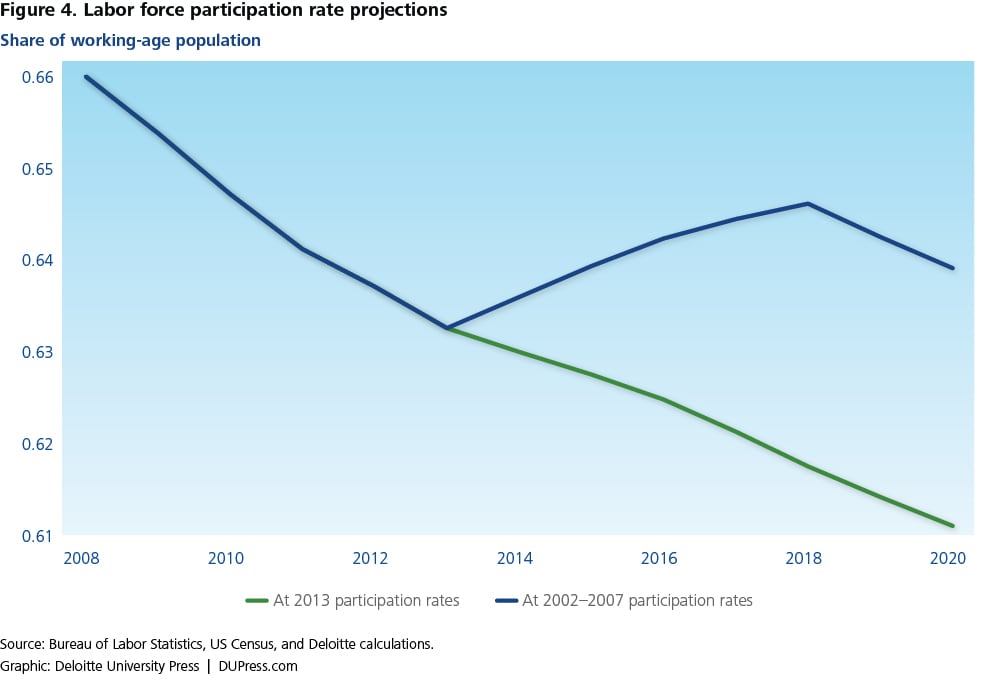 Figure 4 compares the two projections. The difference is quite large. If younger cohorts recover to their 2002–2007 participation rates, the US labor force will have over 7 million more workers than if participation rates by cohort remain at current levels. For comparison, calculations from the May 2014 employment release suggest a shortfall of around 1.2 million jobs compared to full employment.1 But that’s not the real level of slack. If participation by cohort is to return to its 2002–2007 level, the economy would need to absorb an additional 7 million workers beyond the 1.2 currently identified as unemployed.

There is no reason to believe that younger cohorts are any less willing to work than previous generations. The experience of the 1990s indicates that when jobs are on offer, people will respond.  That argues for a rise in participation rates once the economy takes off.

The potential for labor force participation has been saved

The potential for labor force participation has been removed