Housing America: A forecast of housing construction in the United States

​The US housing sector is weakening after its recovery from the Great Recession. In this article, we forecast housing starts based on some long-term fundamental factors.

Any talk about the US housing sector slowing still sends a shiver down many spines. This is usually followed by anxious thoughts of a potential economic downturn—such has been the impact of the Great Recession. However, association of ideas, while natural, can also be misleading. The Great Recession was not caused by housing itself but by housing finance—an important nuance that is likely to calm a few nerves.1

Yet, the housing sector in the United States has indeed weakened. In fact, we might have already seen the best of the housing recovery post the collapse during 2007–20092—the three-month moving average of housing starts indicates a slowdown since March 2018. Housing permits, an indicator of future starts, have also slowed since March (see figure 1). Fewer housing units constructed means weaker demand for building materials. It also translates into fewer housing units sold, which, in turn, will likely affect sales at furniture and home furnishing stores. How is housing construction likely to play out in the near to medium term?

In this article, we revisit an earlier projection of housing construction (from four years ago).3 Our model of the housing sector forecasts housing starts based on long-term fundamental factors—population, average size of an American household, depreciation of housing stock, and housing vacancy ratio (see sidebar, “Deloitte’s housing starts forecast model”). 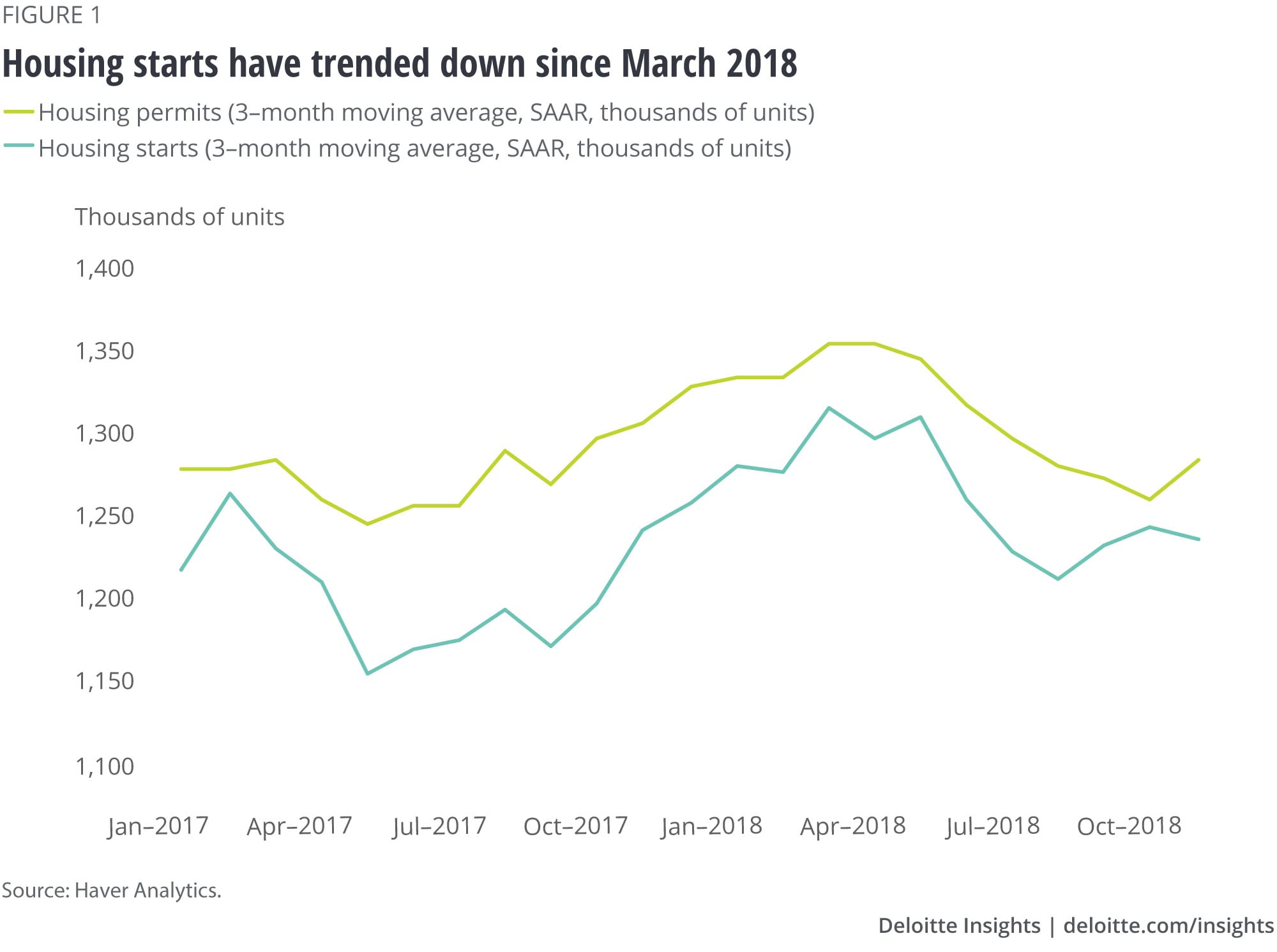 Projecting housing starts over the next five years

We use the following data series as input in the housing model:

As is the case in all forecasts, we made some assumptions regarding depreciation of housing stock, vacancy ratio, and the number of persons per household. 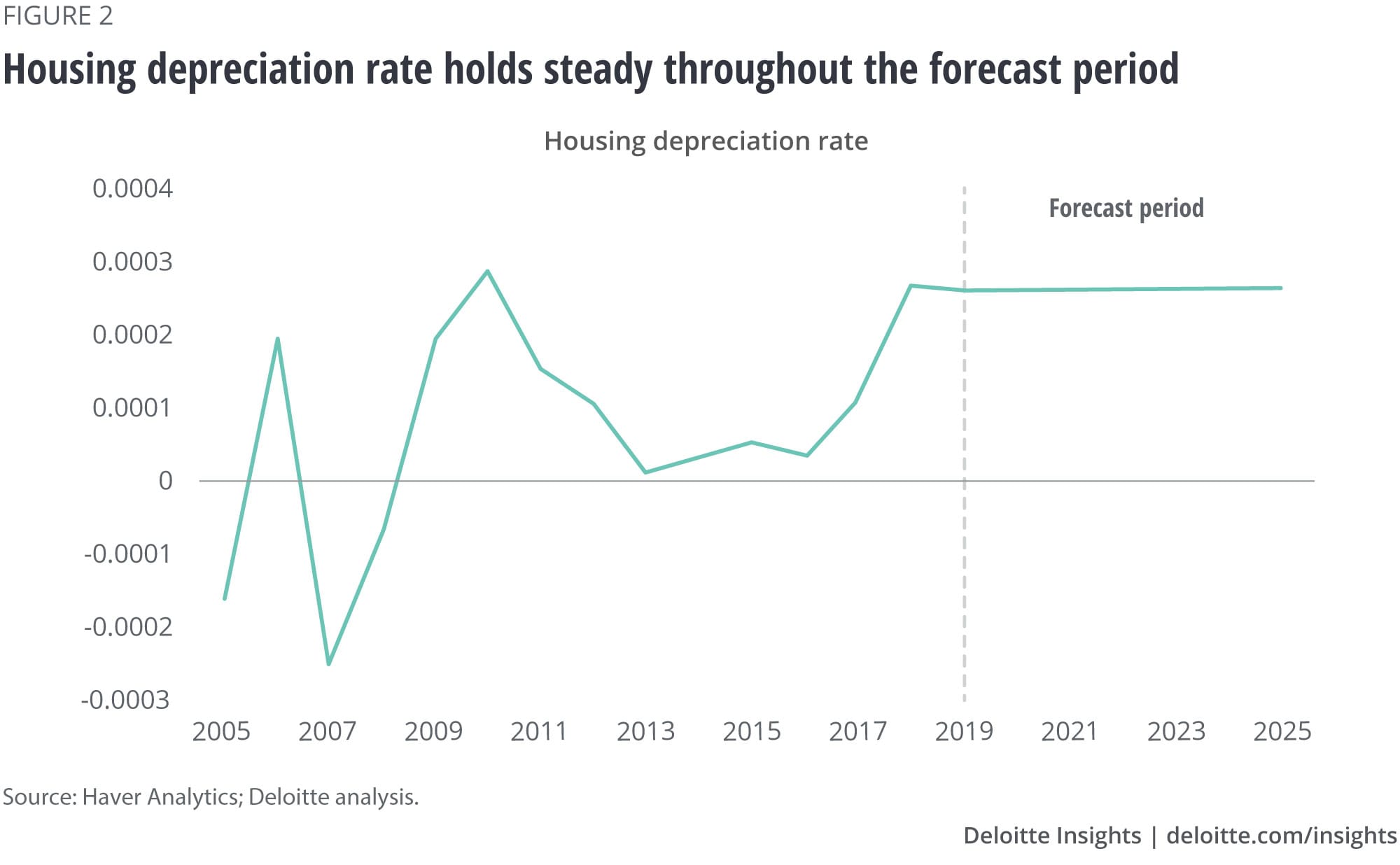 The housing vacancy ratio has been trending down since the end of 2008. We assume that the vacancy ratio will decline further to its pre-recession long-run average in the beginning of 2020 and will then hold steady through the rest of the forecast period (see figure 3). Demand for housing is partially serviced by existing vacant units. Excess demand (demand that exceeds the assumed vacancy ratio) results in new construction. 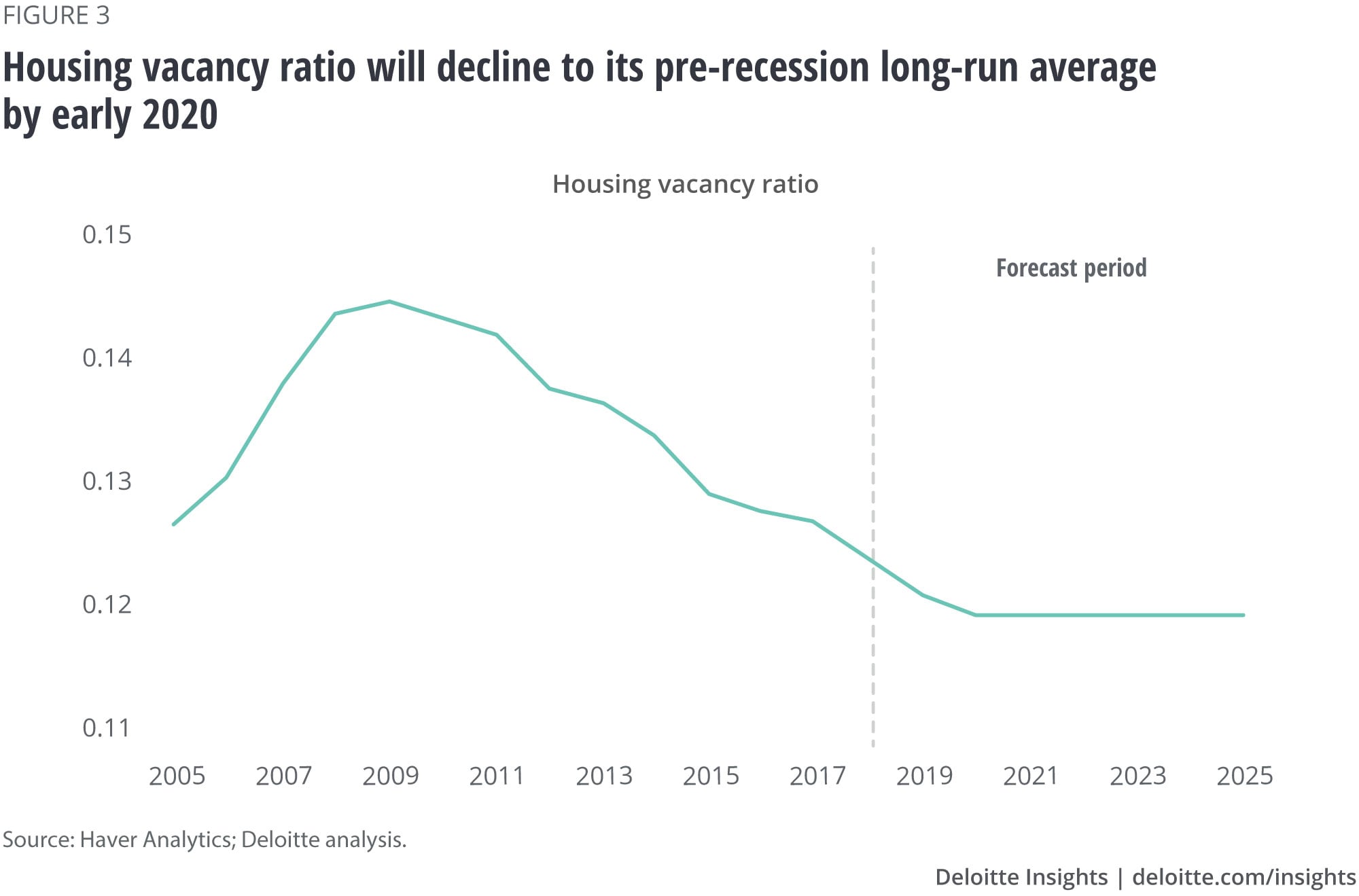 The size of the American household has been on a long-term downward trend. A slight increase from 2005 to 2014 was followed by a return to the downward trend. We assume that persons per housing unit will decline by ten-thousandth of a percentage point each quarter throughout the forecast period (see figure 4). This reflects the likely increase in the number of single-member households in the United States—aging Americans are most likely to contribute to this trend.4 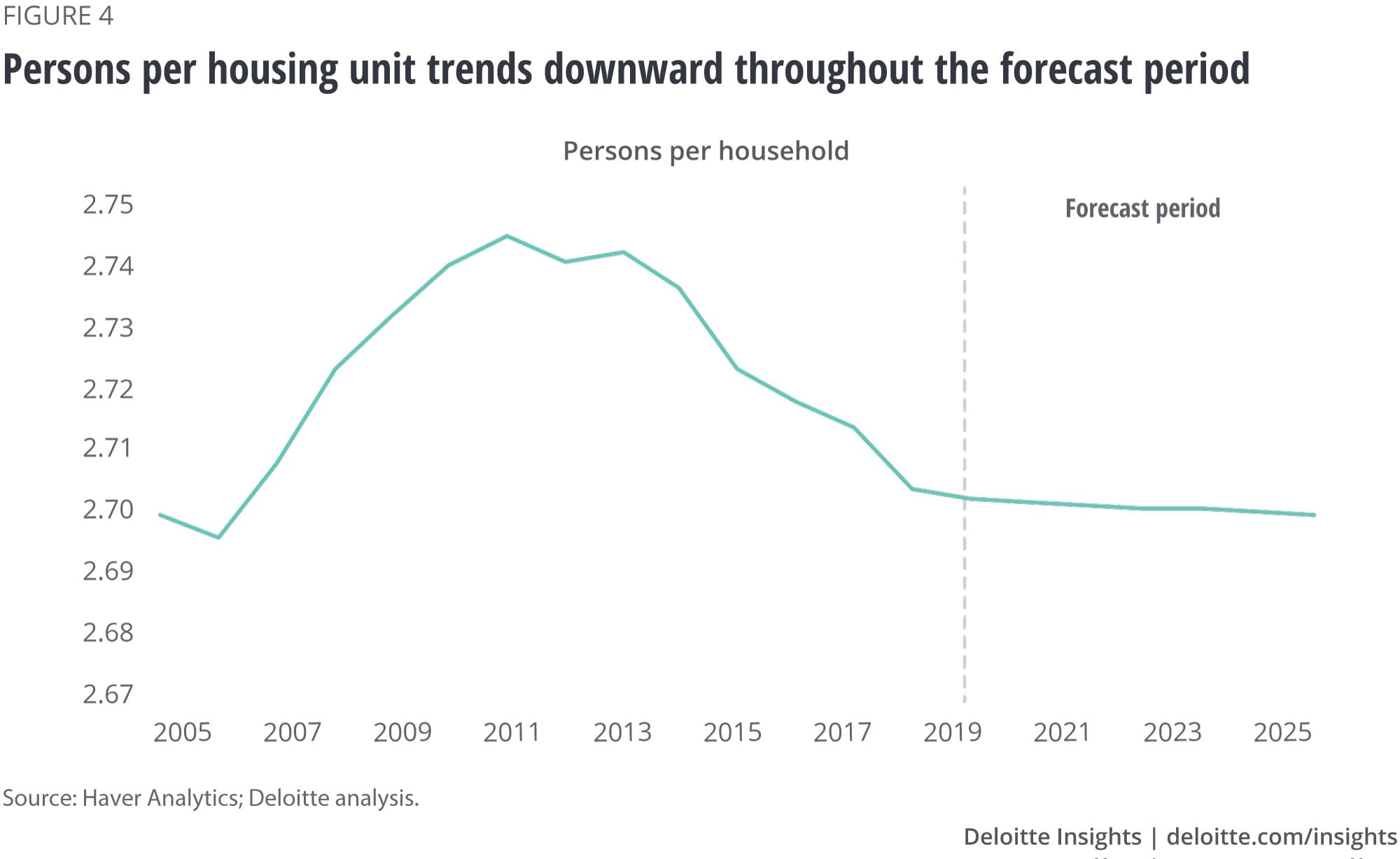 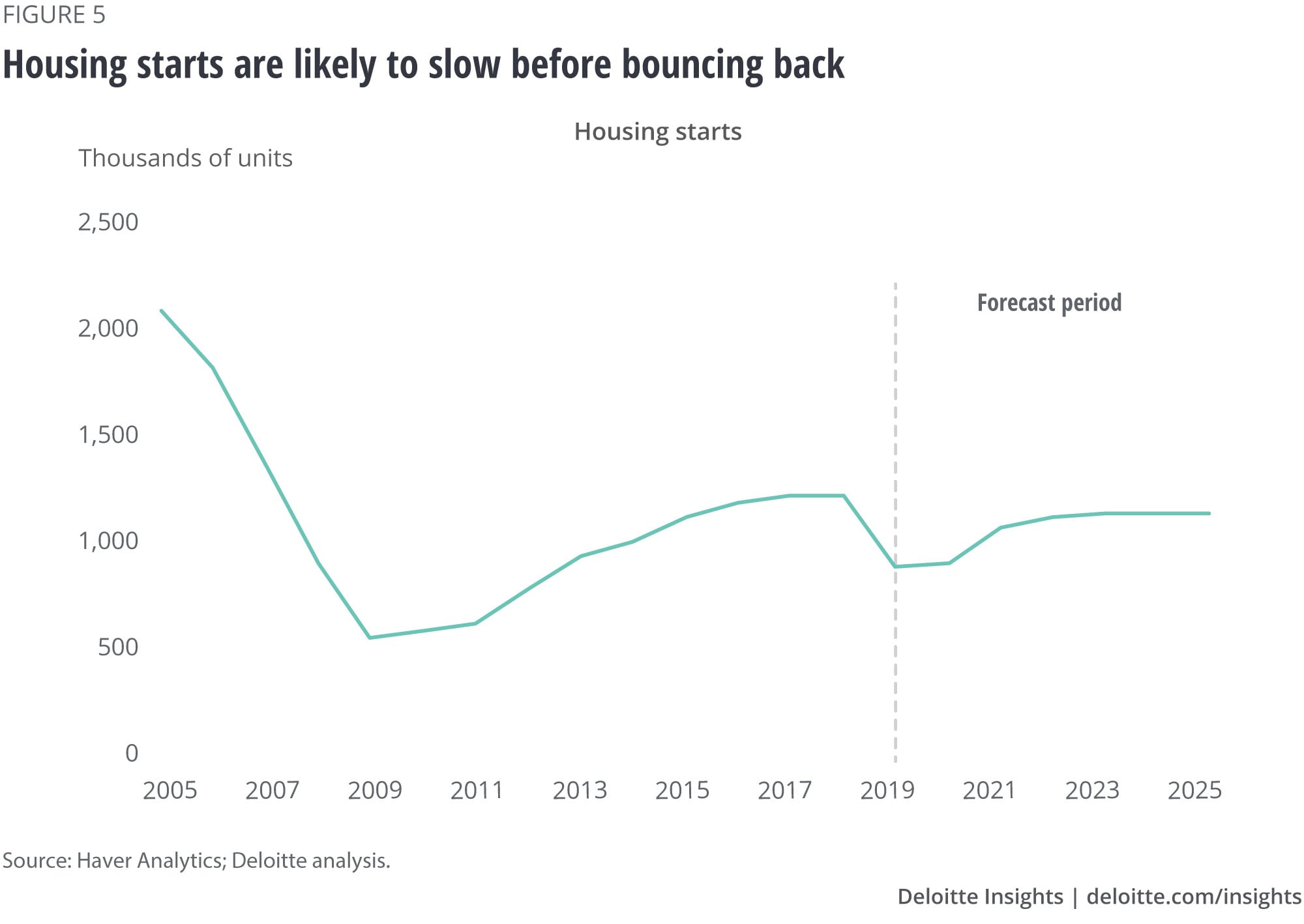 Our forecast is based on long-term fundamentals—the actual level of housing starts could deviate from the long-term trajectory due to short-term factors such as interest rates and employment. Nevertheless, a fall in housing starts in the near term is unlikely to pose any major threat to the wider economy. The housing sector accounts for a smaller share of total GDP than it did before the Great Recession. As Deloitte’s quarterly economic forecast points out, it just isn’t large enough to cause a recession unless hidden bets on housing prices suddenly unravel.5 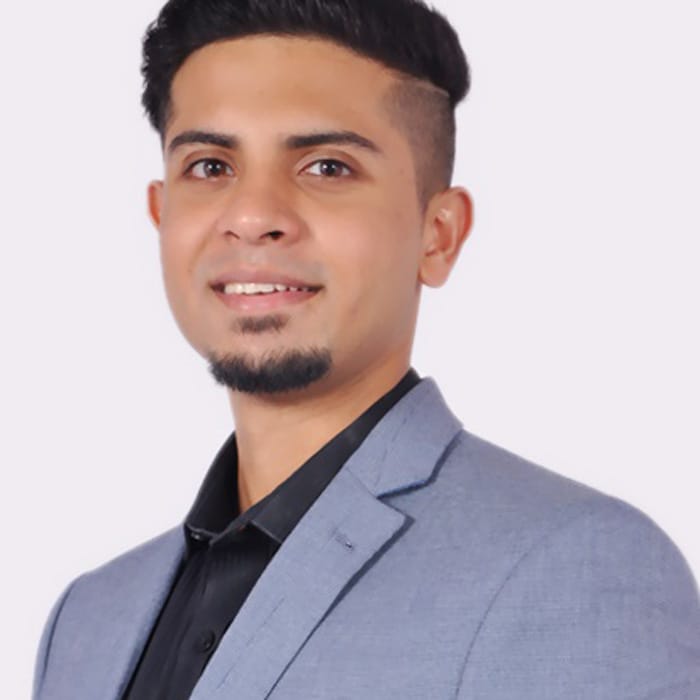 Housing America: A forecast of housing construction in the United States has been saved

Housing America: A forecast of housing construction in the United States has been removed

An Article Titled Housing America: A forecast of housing construction in the United States already exists in Saved items