Computers today are eager to learn—and with new cognitive technology, they can do so even when offline. A new generation of applications and devices that can sense, perceive, learn from, and respond to their users and environment will reshape how many businesses engage with customers—and the world.

Machine learning—the process by which computers can get better at performing tasks through exposure to data, rather than through explicit programming—requires massive computational power, the kind usually found in clusters of energy-guzzling, cloud-based computer servers outfitted with specialized processors. But an emerging trend promises to bring the power of machine learning to mobile devices that may lack or have only intermittent online connectivity. This will give rise to machines that sense, perceive, learn from, and respond to their environment and their users, enabling the emergence of new product categories, reshaping how businesses engage with customers, and transforming how work gets done across industries.

Emerging technologies rarely get as big a publicity boost as machine learning recently saw, when Google software defeated one of the world’s top players of Go, one of the most complex board games ever created, in a best-of-five series of matches.6 The international headlines confirmed that machine learning—the process by which fresh data can teach computers to better perform tasks—is one of the hottest domains within the field of artificial intelligence, and that this cognitive technology is progressing rapidly.7

Neural networks—computer models designed to mimic aspects of the human brain’s structure and function, with elements representing neurons and their interconnections—are an increasingly popular way of implementing machine learning. They are particularly well suited for performing perceptual tasks such as computer vision and speech recognition. Familiar examples of applications that employ neural networks for such tasks include Google’s voice search,8 Facebook’s system for tagging people in photos,9 and Google Photos, which uses a neural network-based image recognition system to automatically classify photos by their contents.10 All of these systems run in the cloud on powerful servers, processing data such as digitized voice or photos that users upload.

Until recently, a typical smartphone lacked the power to perform such tasks without connecting to the cloud, except in limited ways. For instance, some mobile phone software can recognize a single face—the owner’s—in order to unlock the phone, or a small set of predetermined words such as “OK Google.” But offline support for increasingly powerful perception tasks is coming to mobile devices.

Firms are starting to outfit smartphones, drones, and cars with chips based on new designs that can run neural networks efficiently while consuming 90 percent less power than previous generations.11 Research efforts at MIT and IBM suggest that we will soon see more chips on the market that excel at running neural networks at high speed, in small spaces and at low power.12 Because of this, mobile devices are becoming increasingly capable of performing sophisticated feats that take advantage of neural networks, such as computer vision and speech recognition, once reserved for powerful servers running in the cloud.

It is not only progress in hardware that is bringing machine learning to mobile devices. Tech vendors are also finding ways to create compact neural networks capable of running tasks such as speech recognition and language translation on conventional mobile phones with no connection to a server required. For instance, Google has introduced mobile language-translation software using small neural networks optimized for smartphones that can perform well even offline.13 And Google researchers recently published a paper describing an Internet-independent speech recognition system that performs well on a commercial mobile phone.14

Mobile devices are acquiring the power to perform sophisticated perceptual tasks without dependence on connectivity to the cloud, bringing greater accuracy, reliability, and responsiveness while strengthening user privacy. This should greatly expand the number of applications of perceptual computing coming to market—and not only on mobile phones. Mobile machine learning and perceptual computing will power a wide range of devices, from mobile sensors to phones, tablets, drones, cars, and new types of devices as yet unimagined, creating significant opportunities for business.

Many industries will see new and improved applications

It’s impossible to enumerate all of the applications we will see for mobile devices capable of performing sophisticated perceptual tasks involving vision, speech, or other sensory input. But they are likely to be found in every industry and have one or more of the following capabilities:

In health care, we envision a wide range of diagnostic applications, including some aimed at consumers. Imagine, for instance, a smartphone app that can diagnose skin conditions and insect bites by analyzing digital photos without transmitting the image data over a network.

We imagine mobile architecture and design applications that use computer vision to generate accurate 3D models of interior spaces quickly and easily.

An ever more powerful and resilient Internet of Things will include self-monitoring industrial equipment that uses machine learning to predict maintenance needs and self-diagnose failures.15

Ultralow power processors designed for machine learning will likely help consumer and industrial devices and machines understand and respond to the environment around them, and find their way into Internet-independent voice-controlled wearable devices, household appliances,and industrial machinery.

Indoor navigation apps that use computer vision to precisely locate a user, track her motion, and guide her in interior spaces will find use in museums, train stations, airports, malls, and retail stores, opening up new advertising and commerce opportunities without the need to deploy beacons or other connectivity-based approaches.

And on the horizon are applications not yet imagined, from wearable to pocketable to portable, that can sense, analyze, and respond to sensory inputs including sound, video, and biometrics—all enabled by low-power chips designed to support neural networks for machine learning.

Makers of mobile devices and mobile apps should begin to familiarize themselves with the potential of a new generation of devices capable of offline machine learning.

User-experience designers should begin to explore the kinds of experiences made possible by these technologies. Tech vendors are releasing development kits, such as Google’s Project Tango development kit and NVIDIA’s Jetson TX1 Developer Kit, to encourage designers and developers to do so.

Product strategists and engineers working on consumer and industrial products should consider the value that mobile perceptual computing could bring to products ranging from household appliances to personal robots to industrial equipment.

Marketing leaders should explore how a new generation of perceptive devices could help cultivate closer and more responsive relationships with customers.

Operations executives should evaluate how such devices—including the evolving crop of augmented-reality tools for industry—could help their people deliver an efficiency and quality edge.18

Cyber risk professionals should explore how mobile machine learning may present new ways of detecting and mitigating threats targeting mobile devices. Qualcomm is already promoting its Snapdragon 820 processor’s machine learning-based malware detection capabilities; there will surely be other offerings that take advantage of machine learning for this purpose.19 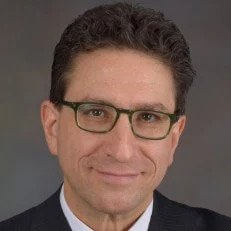 Machine learning is going mobile has been saved

Machine learning is going mobile has been removed