The global aerospace and defense industry posted modest revenue growth in 2017, even as the commercial aerospace subsector’s growth eased from the previous year. Growth in the United States outpaced that in Europe, reversing a two-year trend.

The 2018 global aerospace and defense (A&D) industry’s financial performance study reveals a growth story, albeit one that’s slowing. While the defense subsector did well, a slowdown in the commercial aerospace subsector dragged down global performance.1 Even as revenues and core operating profits have been trending upward, the A&D industry underperformed the 2017 estimated global gross domestic product growth of 3.1 percent.2

Deloitte’s 2018 Global aerospace and defense industry financial performance study reviews the financial performance of the top 100 global A&D businesses by revenue—either independent companies or those units of industrial conglomerates with A&D businesses that reported revenues of more than US$500 million in 2017. The businesses were evaluated based on 19 key financial metrics including revenues, operating earnings, operating margins, return on assets, free cash flow, free cash margin, book-to-bill ratio, and employee productivity. Here are a few highlights from what the study revealed.

Global revenue growth was up 2.7 percent compared to 2.4 percent in 2016, largely driven by robust defense spending.3 In particular, the defense subsector benefited from the increase in global defense spending as well as the US defense budget’s returning to growth. Growth in commercial aerospace remained subdued owing to fewer twin-aisle aircraft deliveries in the United States; this was partially offset by strong deliveries in Europe.4 Original equipment manufacturers and companies in the electronics segment also played a part in driving overall revenue growth.5

There was no change in the rankings of the top 10 A&D companies. Consistent with previous years, the revenues of the top 20 global A&D companies accounted for nearly 73.5 percent of overall industry revenues, confirming that the industry remains concentrated.6

The global defense subsector led overall industry growth (revenues up 3.9 percent) as defense spending continued to increase due to heightened global security threats, increasing US defense budgets, and defense spending from other major regional powers such as India, China, and Japan. In contrast, global commercial aerospace subsector growth slowed to 1.2 percent in 2017 from a growth rate of 2.7 percent in 2016.9 Backlogs of commercial aircraft remained at an all-time high of 14,215 aircrafts.10

Productivity improvement in the overall A&D industry accelerated as profitability rose, primarily in the United States.

The US-based companies in the study accounted for 60.0 percent of global A&D revenues, followed by companies headquartered in Europe (31.4 percent); companies domiciled in Canada, Brazil, Japan, China, India, Australia, and other regions accounted for the balance. Revenues for the US companies grew 3.4 percent in an environment of robust defense spending. However, this was only slightly better than the performance of their European counterparts, which grew 3.1 percent, led by both commercial aerospace and defense sectors.12

With global revenue growth having recovered in the last three years, and productivity continuing to improve (up a solid 8.6 percent since 2016), the A&D industry may be seen to be on a positive trajectory.13 That said, the industry’s run in positive territory could be a function of many variables, regional and global. The combined interplay of these variables will likely form the basis for overall financial performance of the global A&D industry.

Robin Lineberger is a senior advisor and partner at Deloitte Services LP. He is based in McLean, Virginia.

Aijaz Hussain is a senior manager at Deloitte Services LP. He is based in Dallas, Texas.

Siddhant Mehra is a senior analyst on Deloitte Services LP’s aerospace and defense sector research team. He is based in Hyderabad, India. 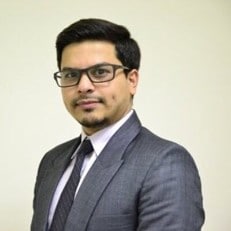 Siddhant is a senior analyst at Deloitte Services LLP and is part of the aerospace and defense (A&D) sector research team. He has contributed to various thought leadership, market intelligence reports, and research projects focusing on A&D sector trends, issues, and developments. Siddhant has more than eight years of experience in business research, financial research and analysis, and thoughtware development.