​Cognitive technology has a role in many organizations. For public finance, automation can boost accuracy, cut backlogs, and free workers from basic tasks. To capitalize, state bodies need to evaluate processes, recognize areas of opportunities, and set integration plans.

Digital processing and cognitive technologies are disrupting the economy, as new ways of creating value are displacing traditional methods. This is true for government finance as well. Finance stands at the core of public administration, and technology is at the core of finance.

Digital and cognitive technologies are likely to have a tremendous impact in the years ahead as auditors, comptrollers, and treasurers rethink how their organizations perform their work. NASACT and Deloitte conducted a joint survey to understand how state financial leaders are preparing for a more automated, digital future. Tapping into the collective wisdom of public sector finance leaders, the survey examines critical questions: What technologies do finance leaders see as most critical in the years ahead? What areas are being targeted for investment dollars? How will data analytics and cybersecurity shape the future of public finance? Here are highlights from the full report, 2018 Deloitte-NASACT survey: State financial managers assess emerging technologies and the impact on their work, which also compares these results with those of a similar survey conducted in 2015.

NASACT members stressed the importance of having a strong digital strategy. While most (though not all) indicated their organization had a digital strategy, that strategy wasn’t always as robust as respondents felt it could be. The survey showed that only 45 percent of NASACT respondents felt their organizations had a “clear and coherent” strategy. The survey responses also showed a clear link between a strong strategy and digital agility: Organizations with a clear digital strategy generally considered their digital capabilities to be comparable to or ahead of the private sector (57 percent), while in organizations without a strategy, 76 percent of the respondents consider their digital capabilities to be behind the private sector.

While most NASACT members acknowledged the importance of having a digital strategy, many felt they needed to do more on this front. In fact, there was a sharp drop in respondents’ satisfaction with their organizations’ response to digital trends—a solid 64 percent indicated satisfaction in 2015, but that figure dropped to only 35 percent in 2018.

Unlike in the 2015 survey, NASACT respondents said their organizations generally had budgetary resources available for investing in digital capabilities: About half of respondents reported that this budget had increased in their organizations from the previous year, and only 41 percent of the respondents told us that “insufficient funding” is a barrier to digital transformation in 2018, which is a substantial drop from the 73 percent in 2015.

Investment in automation and cognitive technologies

Another key question is how available resources are being invested. Only 29 percent indicated that robotic process automation (RPA) was a possible area of investment in their organizations. RPA’s ability to significantly reduce time spent on repetitive, mundane tasks is well established. A 2017 Deloitte study on artificial intelligence in government found cognitive technologies could free between 4 and 30 percent of a state’s total labor hours, depending on the degree of investment and adoption.1

Robotic process automation (RPA) is a relatively simple form of process automation that does not require large-scale system implementation, and it is thus a good starting point for organizations looking to use digital technologies. So why aren’t more organizations targeting it for greater investment? One reason could be a lack of awareness among respondents regarding RPA, since only 17 percent of survey respondents reported use of RPA within their organization, which is much lower than the usage observed in the private sector.2

In terms of more advanced technologies, only 11 percent of organizations reported broad use of automation and cognitive technologies. These numbers become critical when we consider that public and private audits are likely to be substantially augmented by automation and cognitive technologies in the coming years. Automated audit sampling can help auditors get to a point where 100 percent of the populations are reviewed, which can help improve the quality of the audit significantly.3 This expectation of greater use of automation was borne out by survey results: A remarkable 88 percent of the respondents agreed that greater automated sampling was needed, while only 3 percent disagreed.

While these were broad trends in NASACT overall, there were some differences between the perceptions of auditors, comptrollers, and treasurers—these distinctions are explored in greater depth in the full report.

To advance more rapidly, NASACT organizations say they will be looking to upgrade the skills needed to work with digital and cognitive technologies. However, survey respondents expressed significant concern about a shortfall of technological capacity within their workforces: Around 48 percent of respondents believe their employees do not have sufficient skills to execute digital strategy, and 49 percent lacked the skills for automation and cognitive technologies.

So what steps are NASACT organizations taking to plug the skills gap? Staff training is far and away the most common response, with 68 percent indicating it will be a focus in the years ahead. But a sizable percentage said they would be looking outside the organization to augment their tech talent, with 39 percent saying they would augment their staff with consultants and contractors.

John O’Leary is a manager with Deloitte Services LP, and is the state and local government research leader for the Deloitte Center for Government Insights. He is based in Boston, MA.

Christina Dorfhuber serves as the ERP strategy leader for Deloitte’s Government and Public Services practice for Deloitte Consulting LLP. She is based in Denver, CO.

Special thanks to Sushumna Agarwal for her substantive contributions to both the compilation of survey responses and the analysis and writeup of the results. The authors would also like to thank David Noone and Mahesh Kelkar for contributing their ideas and insights to this project. In addition, the authors would like to thank Debbie Mangis for her critical role in project coordination, Yash Ahuja for his help in survey analysis and Pankaj Kishnani for his contribution to designing the survey questions. 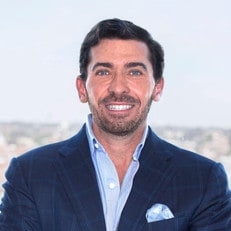 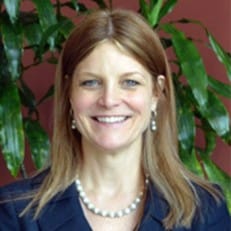 Emerging technologies for state financial management has been saved

Emerging technologies for state financial management has been removed