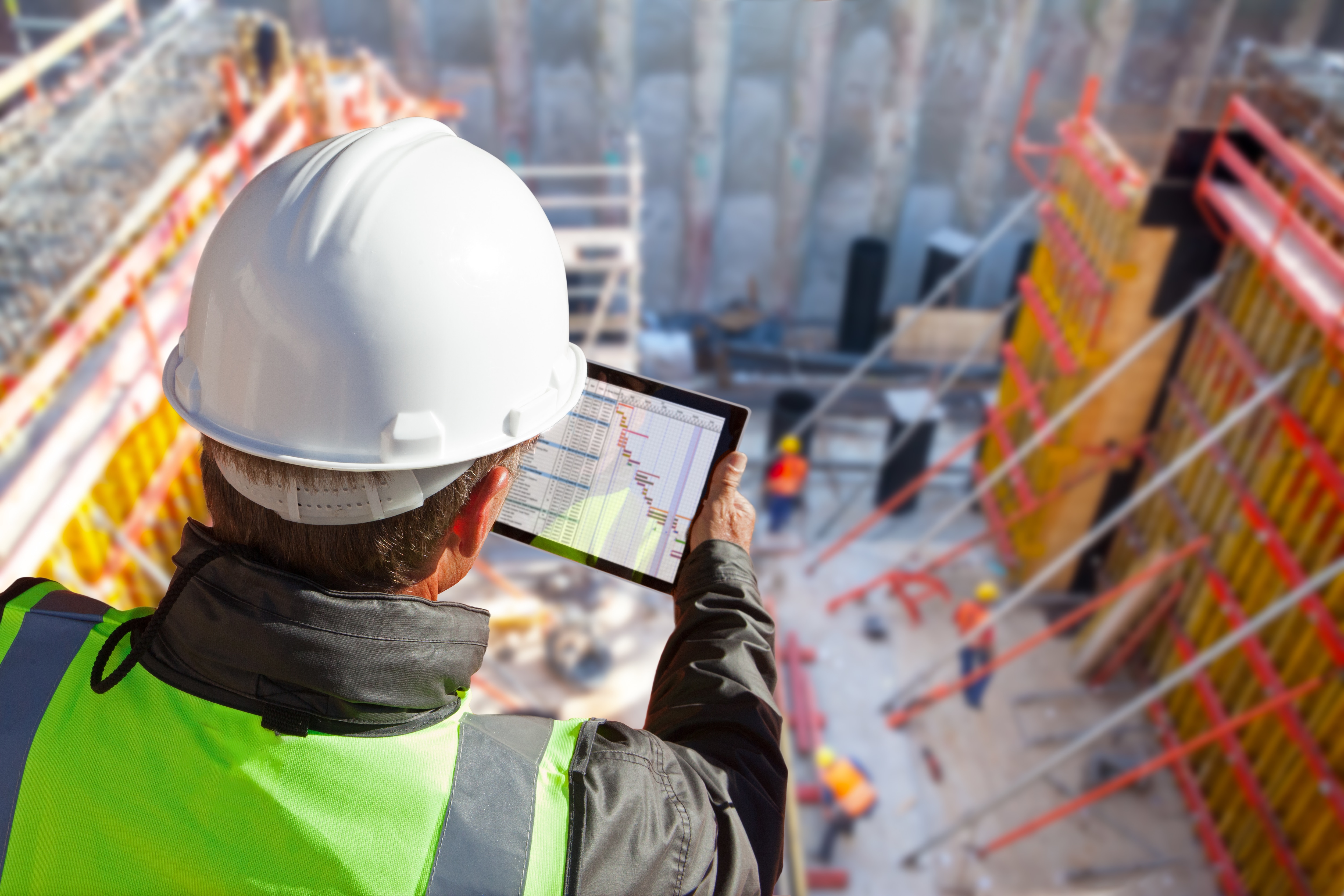 Blockchain and IoT are two relatively new technologies that are fast becoming a point of development for many businesses across diverse industries. We aim to contextualise, at a high level, how IoT and Blockchain can be used in tandem and the value that the two can unlock when used this way. By understanding the shortfalls of IoT, we are able to justify how the use of Blockchain can be used to plug these gaps – at least for now. Additionally, we explore practical examples of how the two has been used to provide value and what opportunities lie ahead of us.

Blockchain is viewed across many industries as one of the great innovations that could disrupt and help drive companies forward. Thanks to the advent of Bitcoin in 2008 and the growing popularity of cryptocurrencies, this technology has been put in the forefront of consumers’ minds. As a technology though, it is nothing new. In 1991, Stuart Haber and W. Scott Stornetta proposed the use of computation to time stamp digital documents. This is widely regarded as the first form of what we now know as Blockchain.

But what exactly is Blockchain? Simply put, Blockchain is an open, decentralized ledger that records transactions between two parties in a permanent way without needing third-party authentication. Changes or updates to these transactions require approval from all stakeholders involved. This may not only completely cut out the middleman thus reducing the cost of transactions for businesses and consumers but also provides a level of security that we have never had before. Bitcoin, what may be seen as a digital currency, allows just that. This technology is evolving as is evidenced by the invention of the Ethereum Blockchain. This not only records currency like its Bitcoin predecessor but also allows recording of other assets such as loans and contracts. This is what we now know as ‘smart contracts’ and is a gateway into wider applications of Blockchain.

The Internet of Things, or IoT, helps to connect people, places and – for the lack of a better word – things.  In 1999, Kevin Ashton first used the term to highlight that computers and the internet rely on humans for data. Today, IoT is often thought of as an internet or network facing object that can provide data about a vast array of attributes. It offers value adding opportunities that range from sensors being able to detect occupancy rates in a space to uploading a selfie from your fridge. When looking at it from the outside, it might not sound like it is doing much but by analysing this data and using the insights derived intelligently, one may be able to automate actions, shape behaviours, improve decision making and even predict events that are yet to occur. Deloitte’s IoT Information Value Cycle highlights this particularly well.

The convergence of Blockchain and IoT

When looking at the general risks of IoT, many pop to mind. There are a number of issues with a typical IoT ecosystem around the area of security and scalability.

The susceptibility of IoT devices to Distributed Denial of Service (DDoS) attacks has been a leading cause for the lack of wide-scale IoT deployment across various industries. Weak security systems of IoT devices make them an easy target for hacking and DDoS attacks.

Many are also experiencing issues around scalability with present-day IoT networks due to bottlenecks being created in centralised systems that need to authenticate, authorise and connect various nodes that make up the IoT network. The typical solution to this is investments into large servers capable of handling vast amounts of information, but attached to this, is the risk of the entire network going offline if this server becomes compromised in any way. Blockchain can help.

Blockchain does not address certain risks such as an IoT company’s manufacturing standards or when they release patch updates. What Blockchain helps address are the challenges that we have a certain level of control over.

The vast majority of today’s IoT ecosystems are built around a centralised communication model. As highlighted in the chart below, IoT expenditure is on the rise leading to a growing number of IoT devices (a Gartner report suggests that there would be more than 20 billion connected devices by the end of 2020) providing more potential ports to entry for hackers. Single points with weak security protocols can be identified and exploited. In the event of a cyber-attack, generally it would be challenging to pinpoint the exact source of a possible data leak on a typical IoT network. This is largely because of the many transactions that occur across a multitude of devices which are owned by various different parties. Furthermore, there is an issue in determining ownership of data generated in such an IoT network due to the large number of stakeholders involved, who each generate a vast amount of data.

Due to the fact that a Blockchain’s ledger is immutable, no one party or organisation will have control over the data generated by IoT devices linked to the network. In addition to having the quality of being tamper-proof, the distributed ledger technology can facilitate a large number of transactions and support the continued growth of an IoT network by allowing for more and more devices which need to connect with one another to communicate and coordinate on the Blockchain network.

The absence of centralised databases can result in the prevention of cyberattacks due to the elimination of the practice of storing a vast amount of passwords in one location. Potential data leaks can be identified with greater ease thanks to the inherent transparency that comes with the use of a Blockchain network. Any authorised party can access the Blockchain network and view and trace various past transactions, allowing for faster and more accurate identification of data leakage sources, but more importantly, speeding up the time needed to implement the required corrective actions.

Another benefit that can be realised is the costs reductions that can be obtained through the removal of overheads typically associated with a traditional IoT ecosystem that relies on intermediaries to complete the transaction loop.

None of this suggests that Blockchain is a perfect or a perfectly secured technology. One such risk lies in, what is touted as one of Blockchains greatest benefits - smart contracts. Smart contracts can potentially encode complex business, financial, and legal arrangements on the Blockchain. Apart from the legal grey area, the lack of a human making these decisions or a factor of empathy could result in some dire consequences. As an example, if a smart car using IoT has a built in function to say that the owner of the vehicle may not use it if they are behind on even a single payment, which could result in the owner being barred from using the car completely. The benefit is great for lenders but what happens if that vehicle owner needs to use their car in the case of an emergency such as taking an elder, a child or even themselves to the hospital?

Other risks include regulatory, business continuity, information security, regulatory and operational risks. These risks are not new to the world of technology and business especially for an emerging technology. Overcoming these shortfalls is contingent upon having the right processes in place.

There are a number of industries that are already starting to reap the rewards of combining an IoT and Blockchain network to deliver an holistic solution. There are also countless more who can improve efficiencies, reduce costs, strengthen security, and realise overall business process effectiveness.

The supply chain process, for example can be enhanced through the integration of IoT devices which provide real-time, accurate tracking of various assets, with a Blockchain network to benefit from the security and transparency offered by the distributed ledger. All parties involved in this supply chain ecosystem can be equipped with smart contracts to automated tasks, can be granted secured access to the network, which records the data generated from the connected IoT devices, and thus allowing them to be fully aware of the chain of custody along the supply chain, and also be notified of any problems that may have occurred in the process.

A citizen’s day-to-day activities can be greatly improved both from a security and efficiency point of view. A decentralised Blockchain network can be used to secure various devices and assets making use of connected IoT devices such as cars, homes, and ATMS. The user can then be afforded the convenience of using an array of devices that speak to one another and utilise various platforms, while being secured on a decentralised Blockchain network.

Blockchain and IoT are beginning to be used in a variety of ways that can make a city, Smart. Security can be strengthened using Blockchain, while IoT allows for monitoring of everything from energy usage to traffic flow. Combining the two allows for predictive, efficient, and safe features all around. Blockchain also creates records, meaning that every detail related to the device or product can be tracked and examined when needed. Using IoT sensors connected to a digital twin with Blockchain can allow preventative maintenance on water pipes in order to stop leaks, which is used by Aquai.  Brooklyn Public Library uses Blockchain to provide secure access to IoT connected charging stations, linked to the user’s access card.

Meanwhile, Telstra takes this a step further by taking the user’s biometrics and putting them into the Blockchain for their smart home IoT devices. This increases safety due to it being a decentralized ledger, rather than all user data being in one location for all users.

Golden State Foods and IBM use RFID devices to track food shipments and monitor temperature changes, tying this information into Blockchain, allowing them to make sure that the food stays fresh.

Deloitte itself has been exploring how to integrate Blockchain and IoT with industrial machinery. This type of forward thinking opens up a world of possibilities which will not only remove redundancies but automate processes which previously seemed like a dream.

Transition into Blockchain and Real Estate

We are only beginning to delve into the possibilities that Blockchain and IoT will provide to us. With a wider lens placed on a city, IoT will be the building block for cities of the future. What becomes of the actual buildings - the real estate? IoT can optimise buildings allowing landlords and tenants to derive data and make decisions that was previously unheard of. By pairing that with Blockchain we can finally start seeing the value we can derive from our real estate. 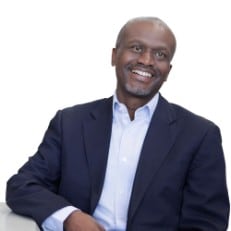 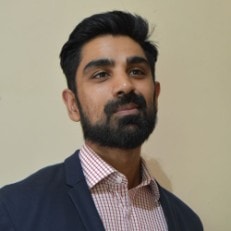 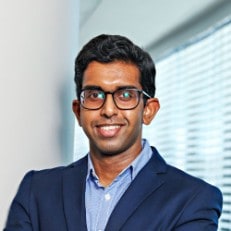