Ethics and the future of work has been saved

Ethics and the future of work has been removed

Ethics and the future of work

From “could we” to “how should we”

A number of ethical concerns are top of mind in today’s organisations as the nature of work evolves. Ninety-one percent of this year’s South African respondents believe that the future of work raises ethical challenges— but only 31 percent have clear policies in place to manage these challenges. In addition, two thirds of the respondents believe that ethical challenges related to the future of work are one of the top issues facing their organisations today. When we asked our South African respondents, what is driving the importance of ethics related to the future of work, four primary factors were identified: legal and regulatory requirements, rapid adoption of AI in the workplace, pressure from external stakeholders, and changes in workforce composition.

The leading driver for South African organisations relates to legal and regulatory requirements. This is somewhat surprising as South African legislation often lags the rapid pace of AI technology, leaving a gap in policy formulation. As a result, organisations need to fill this vacuum by proactively providing governance where technology and the workforce intersect. This is evidenced by the creation of the Presidential Commission on the Fourth Industrial Revolution (“4IR Commission”), the task of which is to assist the South African government in identifying and leveraging opportunities presented by the 4IR, as well as identifying relevant policies, implementation strategies and monitoring and evaluating initiatives to position South Africa as a competitive global player.

The second driver relates to the rapid adoption of AI in the workplace. As technology drives a redefinition of the very nature work which, work needs to be assessed for both fairness and equity. As a result, South African organisations should consider whether technology decreases or increases discriminatory bias; what procedures should be in place to protect the privacy of worker data; whether technology-made decisions are transparent; and what policies should be in place to hold humans accountable for the outcomes of those decisions. As such, AI and big data will likely play only a supportive function in more effective decisionmaking, unless otherwise stipulated under the Companies Act 71 of 2008.18.

The third major driver relates to the fact that organisations are facing increased pressure from customers, investors, and other external stakeholders to act responsibly on ethical issues. In this survey, 90 percent of South African respondents believe that organisations, rather than individuals or government, are mostly responsible for manging such ethical challenges.

The last driver relates to the changing nature of the composition of the workforce. This driver raises issues about the evolving social contract between the individual and the organisation and the organisation and society. The growth of the alternative workforce is a major phenomenon contributing to these concerns. The number of selfemployed workers in the United States is projected to hit 42 million this year,4 and in Britain, the gig economy has more than doubled from 2016 to 2019 to encompass 4.7 million workers. By contrast, in South Africa, gig workers only make up 1 percent of the workforce. However, fair management practices and standards for this workforce segment should be defined. 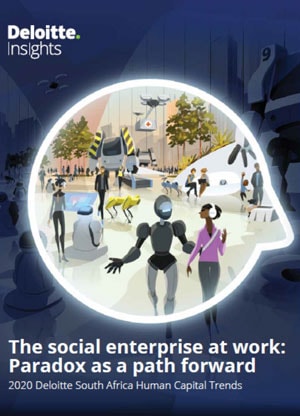 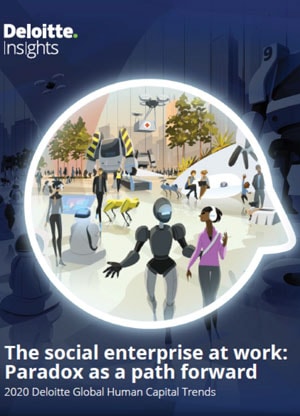 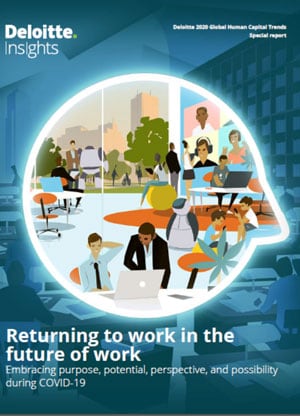 Returning to work in the future of work 2020 Download

Fortune is the Africa Diversity and Inclusion leader at Deloitte Consulting. She is an organisational development strategist with deep experience in leadership development, strategy formulation, execu... More