Director of the Geneva Centre for Security

The impact of the current geopolitical situation on Swiss companies 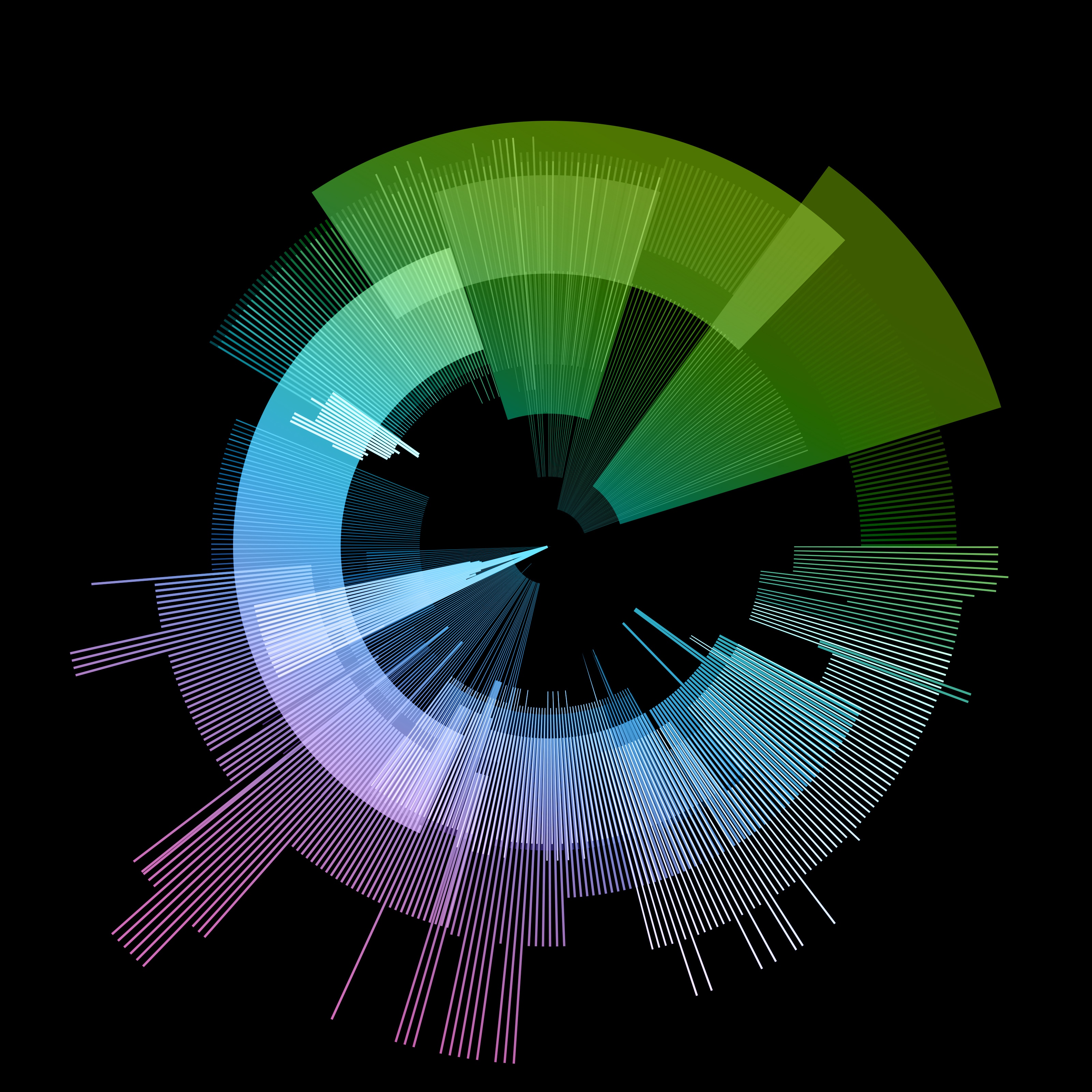 swissVR Monitor: What challenges do current geopolitical developments – in particular, but not only, the war in Ukraine – pose for the Swiss economy?

Thomas Greminger: The geopolitical rivalry, mainly the competition between the United States and China, compounded by the deep rift between Russia and the West, tends to divide the world economy further into bipolar blocs, dominated by the US and China with Europe and Russia as secondary partners. The war in Ukraine dampens the prospects of economic recovery after the pandemic. For instance, there is a severe risk of stagflation in several economies. While it is still too early to assess all medium- to long-term repercussions of the war, some strongly affected sectors and risk areas are already evident, with food and energy security being the most prominent. Consequently, this will have economic and humanitarian impacts but may also lead to political destabilisation, particularly in countries with fragile governance.

swissVR Monitor: And what are the concrete implications for companies in Switzerland?

Thomas Greminger: Having painted quite a dark picture of global economic prospects, the Swiss economy is relatively insulated from the Russian (0.4% of Swiss imports and 1% of Swiss exports) and Ukrainian (0.2% of Swiss exports and 0.1% of Swiss imports) economies.(1) Therefore, the loss of access to their markets due to sanctions regimes or other effects of the war will only impact Swiss companies marginally. Yet, for 3 billion dollars’ worth in 2021, the companies involved with exports to Russia will need to adapt to a durably severed mark.(2)

Swiss exports are mainly ’high-value’ goods, which are less affected by inflation. However, energy costs will rise nonetheless, with electricity bills expected to increase by 20%. As a result, Swiss companies’ energy expenses will also be affected. Moreover, the war in Ukraine will also have repercussions for Swiss companies as Switzerland is closely intertwined with its EU neighbours. The EU accounts for 43% of Swiss exports and 52% of imports.(3)

swissVR Monitor: What would a Cold War 2.0 or a new security order in Europe mean for Swiss companies?

Thomas Greminger: The war in Ukraine could bring about a period of reordering of global power and security dynamics as Russia and China seek to upend the current system benefiting the West. This period of uncertainty could also bring about a restructuring of the global economy. For example, trade flows and markets could be more restricted, depending on geopolitical interests. Moreover, the return to bloc politics described earlier could see the emergence of economically integrated geopolitical entities relatively insulated from other geopolitical blocs. As a result, there is a risk that Swiss companies would be hindered in trading with specific markets for a prolonged period in the future.(4)

swissVR Monitor: How should the Swiss economy position itself against current geopolitical developments?

Thomas Greminger: Facing the new situation and its implications, there are two distinct approaches that the Swiss economy could adopt: either focus on safe and geopolitically close economic partners such as the EU (which is already its most important economic partner) or increase the number and origin of partners. Diversification is a critical asset when it comes to limiting the impact of any shock.(5) Moreover, diversification also seems to be the right course of action to respond to the supply chain disruptions we are witnessing.

The inflation rate in Switzerland has reached a 29-year high, and the Swiss national bank has taken measures by raising interest rates.(6) Letting the Swiss Franc reevaluate would be a measure that helps counter inflation. However, the Swiss economy is stable compared to its European neighbours, where inflation is higher, and further increasing interest rates could lead to instability.(7) As Switzerland’s primary economic partner, a full-blown economic crisis within the EU would be detrimental for us. We cannot rule out this scenario, which urges us to do whatever is possible to prevent it, for example, by supporting global measures that increase stability and certainty.

swissVR Monitor: Apart from the risks, do you see opportunities for Swiss companies in the current geopolitical situation?

Thomas Greminger: One of the most critical and direct consequences of the current geopolitical situation is the fluctuation in commodity prices. Switzerland is a great trading hub with 550 trading companies for resources such as oil and metals and the world market leader for cereals.(8) Unfortunately, some companies are taking advantage of the sanctions by increasing their trading of Russian oil instead of decreasing it, maximising profit until the embargo enters into force.(9) While those opportunistic moves are not desirable, they are likely to be ever-present when political measures are used to influence the economy.

Even if Switzerland is not heavily dependent on Russian energy, it is still vulnerable to market changes for its imports. This is clearly an opportunity to engage more in sustainable energy, with the participation of local companies as planned by the confederation and some cantons.(10) Therefore, this crisis should be seized on as an opportunity to promote a more environmentally friendly economy.

swissVR Monitor: How are the current geopolitical developments impacting political and economic cooperation within Switzerland and globally?

Thomas Greminger: Switzerland decided to follow the regime of comprehensive sanctions established by the EU. As a result, this impacts economic activities, as Switzerland is an important trading hub, including for Russian oil. Implementing the sanctions regime requires cooperation between the government and the private sector. Furthermore, it obliges economic actors to adapt and bear the main burden of measures aimed at achieving political ends. This is also true on a more global scale. Using financial tools and sanctions to achieve political goals will likely increase in the future and be a standard component of how conflicts are conducted. This calls for strong coordination between politics and the economic sector if major powers want to use economic means to assert pressure on the international stage while simultaneously limiting the impact of such practices on their own economy. 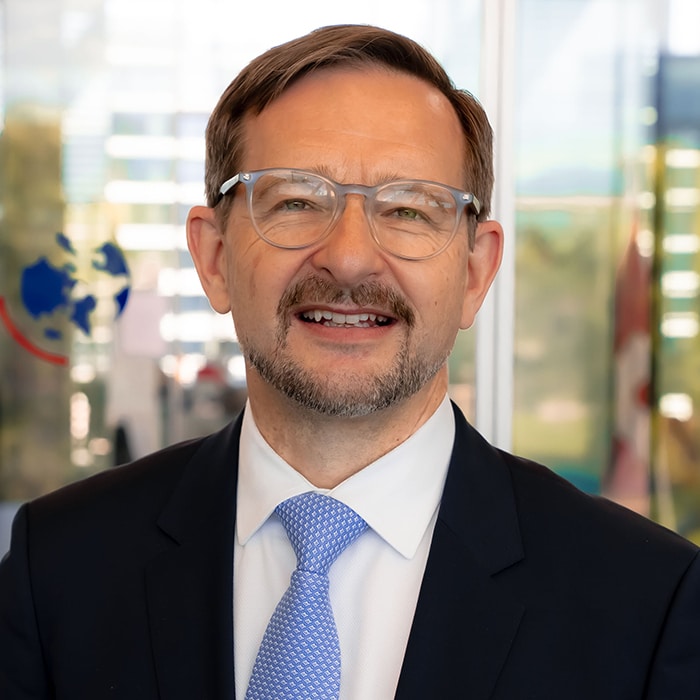 Director of the Geneva Centre for Security

Ambassador Thomas Greminger has been the Director of the Geneva Centre for Security Policy (GCSP) since 1 May 2021. Previously, he served as Secretary General of the Organization for Security and Co-operation in Europe (OSCE) from July 2017 until July 2020. Ambassador Greminger served as Deputy Director General of the Swiss Agency for Development and Cooperation at the Federal Department of Foreign Affairs from 2015 to 2017 and as the Permanent Representative of Switzerland to the OSCE, the United Nations and the International Organisations in Vienna from 2010 to 2015. He holds a PhD in history from the University of Zurich. He has authored numerous publications on military history, conflict management, peacekeeping, development and human rights.