A strategic commitment to finding the freshest ideas

If ever there was a crisis to knock a company off its five-year plan, COVID-19 was it. The global fresh produce industry was among the hardest hit, roiled by wave after wave of supply and demand issues. Consumers around the world initially hoarded goods and then stayed away from stores. Strawberries sat in parked trucks wilting, unable to be unloaded. Containers full of oranges coming from China were weeks late. Spoilage occurred on a massive scale, as Mother Nature waits for no one. 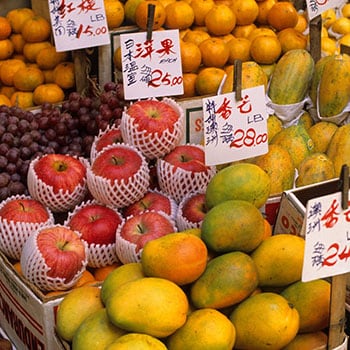 But The Oppenheimer Group (more commonly known as “Oppy” in the trade), wasn’t swayed. The Canadian privately held business got its start in 1858 providing food to gold prospectors in British Columbia. Today it's one of the world's largest fresh produce companies, with nearly US $1 billion in annual sales and a distribution system that spans the globe. Even as it helped its vast network of growers and retail, wholesale, and foodservice buyers come to grips with the acute fallout from the pandemic, Oppy’s regular annual planning process took place as usual.

“The produce has to come off the vine, there’s not much you can do about that,” says John Anderson, Oppy’s chairman and chief executive officer. “But when it came to our strategic planning, we adapted to the change and didn’t drop the process anywhere.”

Just as it does every year, Oppy sent out a survey to all of its employees, asking them to identify the company’s strengths and areas needing improvement. Starting in March 2020, when the pandemic was already in full force, it brought together its “Champions of Change” in each department, by video conference, to pore over 100-plus pages of results. These “Champions” include not just managers but employees identified as potential future leaders, and they conclude by agreeing on four to five different points worth elevating to senior leadership. This information is combined with survey results from board members, executive leadership insights, retail scanner data by category, and macroeconomic perspectives. June is the month all of the company’s managers meet to review the information and set or affirm its strategic goals.

“The produce has to come off the vine - there's not much you can do about that.” 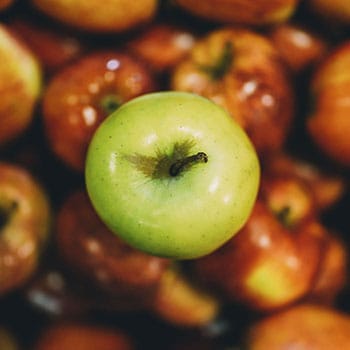 “2020 was a little different because only about 20 of us were able to get together, socially distanced at a hotel in Whistler, but the rest of the group joined us through Zoom,” Anderson says. “It would have been easy to get distracted and get off track, but we think the process gets people really focused.”

In years past, that focus has contributed to pivotal changes in tack. Early on, Oppy decided to take ownership over a slew of different services required by its core business units. Today, its information technology systems, transportation, and quality control – among other in-house services – are all proprietary to the company, rather than outsourced. “It gives us a competitive advantage because it pulls everybody together, trying to deliver the same product at the right time,” Anderson says.

When the Champions of Change process yielded insights that Oppy’s trading salespeople were too stretched across product lines, they reorganized them by single categories, like apples, kiwis, and grapes. “Now we’re getting them to sell fewer categories and be better at the categories they’re selling,” he says.

The annual process is constantly supported by ongoing feedback in each department, so the company can act quickly to support its customers – and producers. One hothouse/greenhouse grower, for example, was struggling because of lack of name recognition in the market, driving it to approach its business on a week-to-week versus a longer-term “preprogrammed” basis. Oppy assigned a team to review the grower’s operations, including its packaging and marketing. They created a new brand identity for the grower, complete with a new logo. “We’ve done that for a number of different growers now because we want them to become popular brands,” Anderson says.

While companies in many sectors are thinking decades out these days, worried about the potential for technology-driven disruption on their business models, Oppy doesn’t have to think too far ahead. Absent a magic pill that will suddenly make food consumption unnecessary, people need sustenance to live – and Oppy is going to keep delivering it to them. But innovation is such a key part of the company’s overall strategy for the next five years that it recently created a new senior leadership position – Manager of Innovation. The role oversees all of the company’s new ideas, from growing methods to packaging types to robotic automation. “Every day, we’re getting a clearer picture of who we need to be as a company,” Anderson says.