Leading the Way in Technological Innovation

In the 1890s, Deloitte’s London office had just one telephone. The telephone had only been around since the 1870s, and extensions did not exist yet, but a series of “speaking tubes” served as a rough prototype, connecting employees around the office to the centrally located phone line. Forty years later, as World War II loomed, the telephone had become more sophisticated, and Deloitte professionals were ready to handle all business by phone in the event of devastating German air raids.

At the dawn of the Third Industrial Revolution in the mid-20th century, Deloitte and its predecessor firms continued embracing technology. Touche Ross and Haskins & Sells led the way in using statistical sampling in auditing. Haskins & Sells’ Auditape program, the auditor’s “key to the computer,” required minimal training, handled computer records in most formats, and put client information at employees’ fingertips. Touche Ross’ STRATA program used the punch cards of the era to store information and aid in preparing reports.

The march of progress continued in 1981, when Touche Ross began using the portable microcomputer Osborne, allowing auditors to serve clients while on the go. The 24-pound Osborne ran with 64K of RAM and cost roughly $1,795, or about $5,070 in 2019 dollars.

Over the next few decades, Deloitte’s tech capabilities continued to flourish. As part of what Larry Quinlan, Chief Information Officer, Deloitte LLP described as “creating a technology culture,” Deloitte acquired Solbourne Computer Inc. in 2008, allowing it to use specialized applications, to boost Deloitte’s consulting capability. “We need to have the ability to deliver the unpredictable things that people want, so we can . . . participate in the strategy of the organization,” Quinlan said in an Interop IT conference keynote speech in 2014.

Michael Bondar, principal, Deloitte LLP identified digitizing clients’ processes as a main goal of the Fourth Industrial Revolution. To help achieve this goal, Deloitte Digital went global in 2012. This 100 percent digital enterprise works to connect clients and their audiences in areas such as campaign execution and organizational transformation. Similarly, Deloitte Catalyst cultivates innovation in startups, long-established companies, and governments via a suite of digital services. In addition, Deloitte is deploying cognitive technology in audits, where and programs such as Deloitte Connect establish digital meeting sites for audit and client teams. 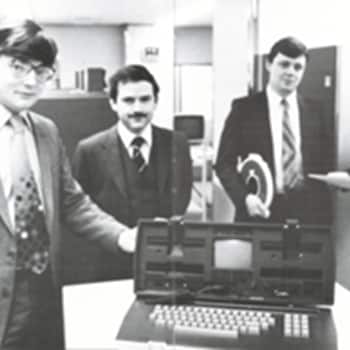 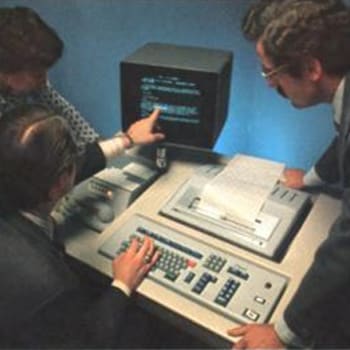