“The Future Is in Asia”: Deloitte Tilts East

Deloitte is building on its long history in the Asia Pacific region with a major investment. It aims to become the undisputed market leader in professional services in the region.

Deloitte has had ties to the Asia Pacific region for nearly as long as it has been in existence. Early in its history, Deloitte was a leading auditor for telegraph cable companies, including those with business in China and Australia. In the first decade of the 20th century, Deloitte partner Lionel Maltby conducted business in Singapore, and Haskins & Sells’ Charles Morris was active in the Philippines, Japan and New Zealand. In 1910, Deloitte and George A. Touche & Co. opened offices in the Dutch East Indies, now Indonesia, to take advantage of the rubber boom. This marked the first collaboration between two organizations that would come together officially 79 years later.

Haskins & Sells’ offices in Shanghai opened in 1917, touted as the “Great American Accounting Firm,” but they closed during World War II, as did offices in Manila. However, Deloitte and its predecessor firms expanded rapidly in the region in the postwar era: Deloitte arrived in Australia in 1949 and Japan in 1955; Touche, Niven, Bailey & Smart landed in New Zealand in 1961. Legacy firms that would become member firms were already in place in many of these countries, including Australia (the early 1880s), India (1893), New Zealand (1872) and Malaysia (1968). Anjin, the current Korean member firm (and originally an Andersen firm), dates to 1987. It merged with another legacy firm, Hana, in 2005, to create Deloitte HanaAnjin. Another legacy firm that was essentially absorbed into one of the others is Ahn Kwon & Co., which was a Deloitte Haskins & Sells correspondent firm in 1978. Touche Ross’ pre-merger member firm, San Kyong & Co., was founded in 1974.

In the early 2000s, Deloitte demonstrated its commitment to the region with a $150 million investment in China (followed by a further $160 million investment in 2012), at the same time forging closer links between the China and Taiwan member firms. Further boundaries came down with the creation of Deloitte Southeast Asia and, in 2018, with the establishment of Deloitte Asia Pacific.

This significant investment by Deloitte—a further $138 million to fund the combination—will not only benefit the Asia Pacific firm and their clients’ regional activity, but also to support Asia Pacific clients doing business outside of the region and non-Asia-based clients doing business there. The unified member firm gives Deloitte a key competitive advantage, improves its ability to serve the largest global clients and will help attract and retain talent, and which is slated to extend from India to Japan and Korea to Australia.

The Tilt to Asia initiative has prioritized Deloitte’s two services groups, for China and Japan, serving both local multinational corporations and those from outside serving the region. Major investments are also being made to scale technology consulting and cyber services, as well as to serve the fast-growing high-net-worth individual and family-owned enterprises within the private segment. 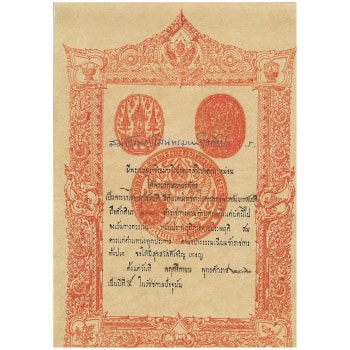 This is the certificate of the appointment by King Prjadhipok (King Rama VII) to the title of Phraya Jaiyos Sompati. This shows that he made rapid progress in his career at the age of 32 and ultimately became prominent and successful in his profession as the Minister of Finance at the age of 38. Phraya Jaiyos Sompati founded the firm that became Deloitte Thailand in 1939.

It is clear that the future is in Asia.