Cities are adopting circular models based on a healthy circulation of resources, and principles of sharing, re-use and restoration, with an emphasis on limiting municipal waste volumes and on producing locally – for instance, urban farming.

We know that industrialised growth leads to urbanisation and greater extraction and consumption of natural resources, which puts tremendous pressure on the natural environment. As a solution, cities must lead the change and embrace more viable methods of production and consumption to reduce waste.2 Increasingly, cities are developing aspects of a circular economy, which entails decoupling economic activity from the consumption of finite resources and designing waste out of the system.

What does it mean to live in a city with a circular economy? It’s a city that promotes better use of resources through procurement policies: that consumes less, and also reuses and recycles water, energy, products and materials; that recycles and manages waste according to regulations; that stimulates an economy of repair, borrowing and second-hand commerce; that nurtures a sharing mindset (car trips, spaces and materials); that fosters a better use of resources in construction (10-15 per cent of building materials are wasted during construction); that stimulates an innovative approach to how the city and its citizens consume, store and use resources.

A circular economic model is one of the pillars of the European Union’s European Green Deal strategy3 and there are already some examples of its application, as well as policies and mechanisms to fund the transition. For example, in Berlin a 30,000 square metre section of the Potsdamer Platz hosts a network of connected green roofing, urban space and a constructed treatment pond for storm water. The pond is treated naturally, so only a limited amount of energy is needed to clean the water, which is used for irrigation and flushing toilets.4

Cities may also increasingly encourage a ‘produce local’ approach to food and energy. Urban and small-scale farming is gaining traction in some urban centres as a way to deliver fresh and healthy food, establish direct contact with food producers and reduce carbon emissions, while strengthening the local economy. Innovative approaches make better use of space and light, such as vertical farming, hydroponics, LED indoor farming and rooftop farming. The energy revolution is also contributing to the circular economy through decentralisation of energy production, mainly through renewable sources (such as biogas, wind, solar, wood biomass and waste), off-grid and micro-generators, paving the way for self-sufficiency whereby cities generate as much energy as they consume, creating communities of energy, and offering further economic opportunities.

“It requires vision and engagement from local administrators and the private sector. A circular economy can change the face of our cities and, at the same time, be the engine of our recovery.”

Why is circular economy and producing locally relevant for cities and their citizens?

Allows a better use of resources: Currently, over 90 per cent of the raw materials used globally are not recycled back into the economy. According to the UN Environment Statistics, a fully circular economy would cut resource use by 28 per cent. The livability quotient of cities also improves as waste in open-air dumpsites is reduced, and waste water treatment processes are used. As the demand for consumption increases with urbanisation, a circular economy is expected to reduce material consumption, by improving the longevity of materials as well as recycling.

Reduces carbon emissions and energy use: UN Environment statistics indicate that a circular economy can reduce carbon emissions by 72 per cent. Circular economy practices in the energy sector supply chain, from generation through to storage transmission, distribution and consumption, are crucial for achieving the goal in the Paris Climate Agreement to reduce emissions and restrict the increase in the global temperature to 1.5º C.

Creates resilience in food supplies and energy production and delivery: At present, 84 per cent of fruits and 46 per cent of vegetables disbursed in the UK are imported.5 Climate change threatens the steady supply of food globally, and local production therefore contributes to self-sufficiency, as it is more resistant to supply chain shocks. As an example, in Chiang Mai, Thailand, an urban farm built on a former landfill site has been helping to feed nearby residents who lost their tourist-dependent jobs at the start of the COVID-19 pandemic.6 To be less dependent on foreign supplies and to mitigate the risks from disruption or natural disasters, this approach to producing locally (food, energy etc.) could be critically important. Shorter supply chains are also part of the climate adaptation strategy.

Increases disposable income and creates new jobs: Developing a circular economy is expected to increase the average disposable income of individuals by reducing costs and prices of products and services, and a conversion of unproductive to productive time. For example, the average disposable income for EU households would rise by EUR 3,000, or 11 per cent more than the current development path, by 2030.7 A local energy production model also creates additional revenue streams for households, and would have a big economic impact, especially in developing countries. A circular economy also opens up opportunities for new jobs.

“We are going to see tremendous innovation not just in how communities conceptualize a local circular economy, but how they invent new locally-defined markets to generate local co-benefits and synergies and directly impact participating stakeholders. In a sense, digitization will newly empower local decision-making.”

How to ensure a successful transition?

Funding the transition: Once implemented, a circular economic model with local energy production should deliver financial and environmental benefits; however the cost of transition to this model could be expensive. To finance investment in a circular economy, cities can borrow by issuing bonds, such as municipal and green bonds. Some cities have used this option: in 2019-20 there was a large increase in issues of debt and equity instruments relating to the circular economy. For example, the Australian government (through a public body CEFC) established an EUR 58.2 million Australian Recycling Investment Fund to invest in circular economy projects. 8

To encourage further adoption of the circular economy model, cities can also provide incentives, through subsidies or tax breaks. For example, Cremona in Italy is testing the introduction of a tariff on non-recyclable waste: residents are being given orange 60-litre garbage bags; and for each additional bag they use, their garbage collection fee increases9.

Flexible and simple regulatory structures and smart procurement: By applying green public procurement criteria and mechanisms such as pre-commercial procurement, governments can lead by example. Regulations are also a potential way of promoting a circular economy, but they need to be flexible and evolve accordingly. For instance in Vancouver, a Green Demolition by-law requires homes created before 1940 to be deconstructed instead of being demolished, and a minimum of 75 per cent of construction materials should be reused or recycled.10

Create or rethink metrics to measure circularity: Cities lack standardised methodologies and metrics by which institutions can measure and assess circularity, and this makes it difficult to achieve progress. However, some organisations have made attempts to define and measure circularity. For example, the Ellen MacArthur Foundation’s Circulytics is a measurement tool that shows the extent to which an entity has achieved circularity across its entire operations.

Leverage national or regional policies and invest in awareness campaigns: Although cities can lead the way, national and regional alignment is crucial for ensuring successful implementation, as different sectors present different challenges. Engagement and involvement by citizens is also of paramount importance, and this will require awareness and information campaigns to encourage behavioural change.

Where to see this in action?

The initiative aims to encourage collaboration and sharing public and private resources to tackle city challenges, promote participation by citizens, and facilitate the growth of local businesses. Through the initiative, the city government also launched several ‘sharing projects’ to promote the adoption of the sharing principle to deal with social and environmental issues.

The Seoul Sharing Promotion Committee established a ‘Seoul Sharing Hub’. The idea was to showcase a pool of online platforms created by various organisations for sharing, in order to enhance the convenience for citizens in accessing data. Further, the online ‘Seoul Sharing Hub’ produces, stores and delivers such data, and also networks with domestic and overseas organisations, enterprises and media, and connects them with various institutes.

To launch Seoul Sharing City, a series of lectures were held in 2013 and the municipality organised events on sharing business models. In addition, the municipality held an exhibition and several launch events with over 60,000 attendees to further engage stakeholders in the sharing economy. Regular sharing ‘festivals’ still take place and in 2016 the city hosted a Sharing City Seoul International Conference.

The city government has supported new start-up businesses and larger corporate companies in providing sharing services, including municipality-owned co-working space. To date, Seoul has supported 108 sharing projects in the city and given subsidies of EUR 1.2 million.

Through the sharing initiative, membership of the Seoul Car Sharing Program rose from 373,513, in 2014, to 2.3 million by mid-2018. This programme alone is estimated to have cut CO2 emissions by 486 tonnes, due to reduced car ownership.

The project, launched in 2013, has more than 300 members in the network and has identified over 3,000 resources. To date, it has generated EUR 2.8 million in financial benefits to businesses, through additional revenue, cost savings and private investments.

In the first five years of its operation the achievements of WISP included: 27,000 tonnes of waste diverted from landfill; avoiding 74,000 tonnes of GHG emissions; EUR 2.5 million in financial benefits for member companies; and the creation of 143 jobs in the local economy. 14

Lappeenranta, a municipality in south-eastern Finland, is a centre of bio-based industries with 12 per cent of the workforce employed in the environmental and clean tech sectors. In 2018 the municipality launched its Lappeenranta 2033 Strategy to develop a green city with environmentally friendly business operations. Guided by the 2033 Strategy, it was the world’s first city to start exclusively using EKOenergy-certified renewable electricity.

Through the strategy, waste from local factories is converted into construction materials. The new materials thus formed have reduced carbon emissions and are suitable for the extreme weather conditions in the Artic. This initiative is expected to reduce city’s carbon emissions by 80 per cent by 2030, as well as to create new jobs and income opportunities for local industry.

In 2020, the city was awarded the European Green Leaf in recognition of the steps it has taken towards its carbon neutrality goal for 2030. The award has prize money of EUR 75,000 which will be used to extend green practices further across the city. The city also plans to organise international webinars and conferences with aim of establishing itself as a ‘green ambassador’. 15, 16, 17, 18, 19

You may access the links to these sources, where available, on page 148 of the Urban Future with a Purpose study. 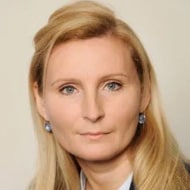 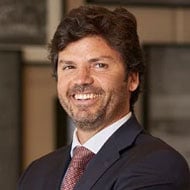