Romania will be able to count less on the low taxation advantage in order to attract investments, it needs other strengths

Eight EU member states have cut their corporate tax rates in order to become more attractive from a tax perspective since 20017, a Deloitte Romania analysis based on Deloitte Global data has revealed. Even in the new context, the Romanian corporate tax rate remains among the lowest in the EU, ranking on the sixth position. However, Romania’s neighbors such as Hungary and Bulgaria have significantly lower rates, 9% and 10% respectively.

"The decisions to lower the corporate tax rates in 2017-2018 made almost simultaneously by eight member states represent a substantial change of approach. Until last year, the vast majority of EU countries have treated tax cuts cautiously. The trend is expected to continue in the upcoming years given the official statements of some EU countries, such as France, Poland or Belgium. In this context, it becomes obvious that Romania will be able to count less on the low taxation as a major stimulus to attract investors and will need to focus on other business-friendly policies such as legislative predictability and stability, red tape cutting, infrastructure development, and workforce training," said Dan Badin, Partner-in-Charge, Deloitte Romania Tax and Legal Services.

"The main reason for cutting the corporate tax rates is the international competition to attract foreign investments. In this context, the reduction of the corporate tax rate from 35% to 21% in US may be considered as a turning point that led to similar measures in the EU member states faster than expected. All these decisions mark a change of approach in the developed countries given that the main trend until 2017 was to preserve corporate tax rates as governments feared of a negative impact on their budget revenues. At the same time, at EU level, a common corporate tax base might be adopted leading to a leveling of tax incentives. Thus, in the longer term, at least in the EU, the corporate tax rate might become the only stimulus governments can use in order to be attractive from a fiscal perspective," Dan Badin has explained. 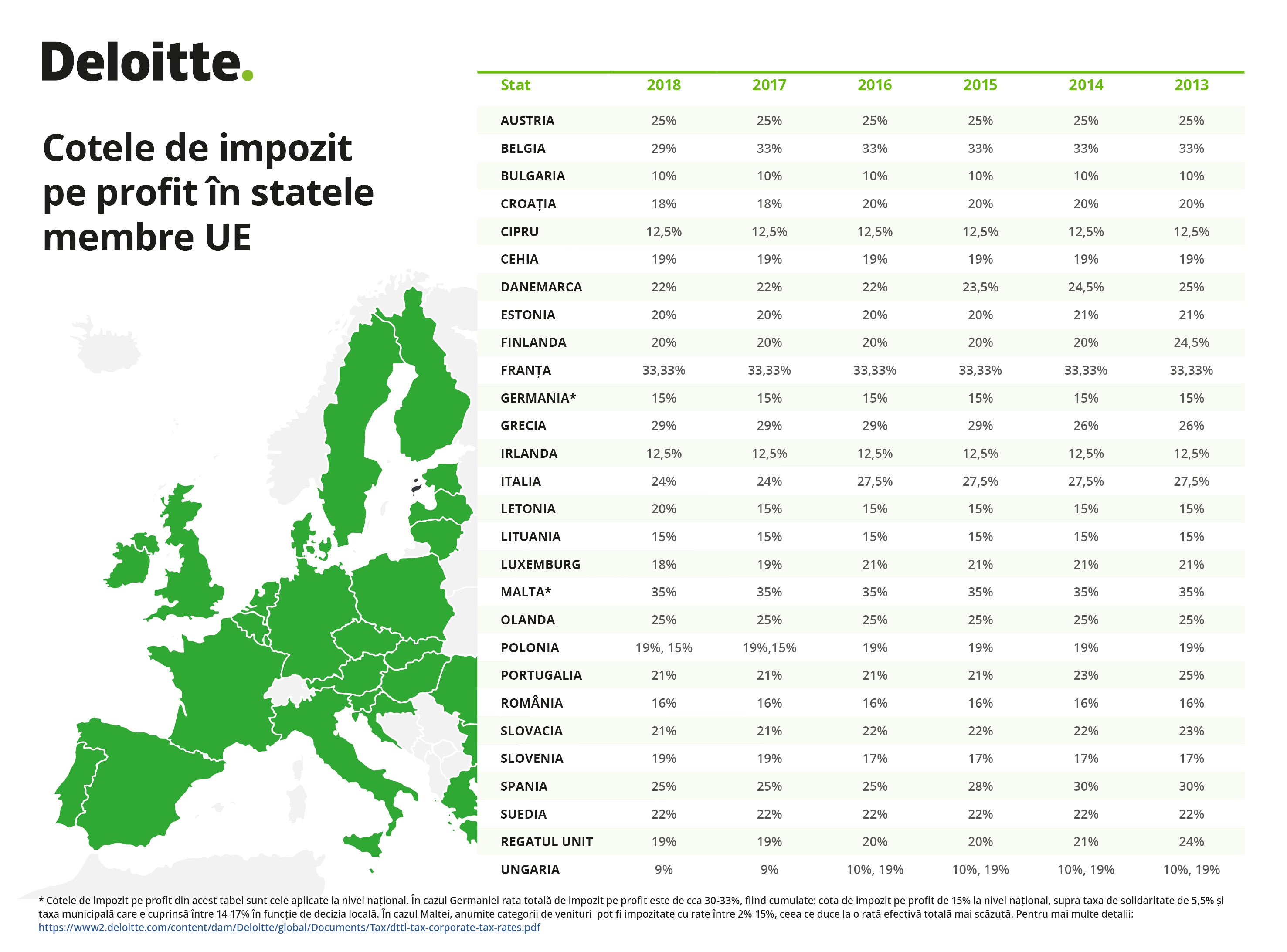 Dan Badin joined Deloitte Romania as Tax Partner, leading the Corporate Tax and Transfer Pricing Teams, in January 2011. He has over 20 years of professional experience in international corporate taxa... More