"We are thrilled for the International Tax Review's recognition of the Deloitte organization's leadership through this excellent showing at the European Tax Awards," said Dan Lange, Deloitte Global Leader, Tax & Legal. "These results demonstrate that the Deloitte network's focus on high-value, technology enhanced, globally-integrated services make an impact that matters by providing clients with the confidence to make the most informed decisions in a rapidly changing, uncertain environment."

As used in this press release, "Deloitte" refers only to the Deloitte Touche Tohmatsu Limited member firms. 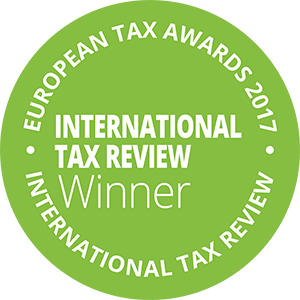 Deloitte refers to one or more of Deloitte Touche Tohmatsu Limited, a UK private company limited by guarantee ("DTTL"), its network of member firms, and their related entities. DTTL and each of its member firms are legally separate and independent entities. DTTL (also referred to as "Deloitte Global") does not provide services to clients. Please see www.deloitte.com/about to learn more about our global network of member firms.