The Global Social Impact practice helps clients in the public, private, and social sectors across the world become a catalytic force to meet our greatest societal challenges. Our multidisciplinary and geographically diverse teams can co-create new solutions with clients and help evolve those critical solutions from concept to scale. We focus on designing and building effective solutions, strengthening linkages between sectors, quantifying and communicating impact, and mobilizing and strengthening the fast-evolving ecosystem of players—to ultimately help move both the organization and society from aspiration to tangible impact.

Encourage business and society to adopt sustainable production and consumption patterns that conserve the global environment.

Why Deloitte for this area of focus?

With our broad-based experience and network across different sectors, industries and countries, Deloitte is positioned to set an agenda and help drive social innovation for solving complex problems on energy and environment around the globe. We help our clients create ecosystems of cross-sectoral players toward the shared objective of making measurable impacts on such intractable issues as climate change, water shortages, food waste reduction, and the development of alternative energies. 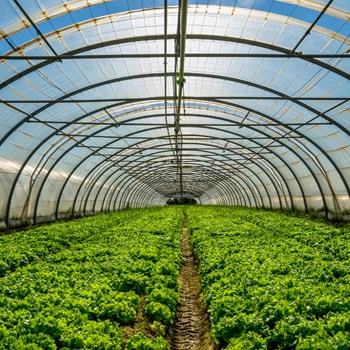 Issue:
Hydrogen is known to have various applications that could maximize the potential of renewable energies or increase the efficiency of fossil fuels without causing additional CO2 emissions1. Due to existing regulatory barriers and industrial boundaries, however, many of such applications have not been widely used, with the exception of FCVs (fuel-cell vehicles).

Impact:
In the national policy-making arena, the Deloitte team has actively provided professional support to relevant governmental ministries while also helping to organize a group of more than 100 Diet (legislature) members in the ruling Liberal Democratic Party to accelerate the formulation of national policies related to the use of hydrogen. These national policies then served as a basis for the Japanese government’s Basic Energy Plan.

In parallel, Deloitte has taken the lead in organizing a consortium of leading companies across industries to share best practices on hydrogen applications and to influence policy making processes in order to increase the economic potential of hydrogen-based technologies.

These on-going efforts by Deloitte achieved a significant milestone at COP21, held in Paris, France late in 2015, where Japanese Prime Minister Shinzo Abe declared in his speech that Japan would contribute to the development of innovative technologies to act against climate changes without sacrificing economic growth and highlighted “technologies to produce, store and transport hydrogen towards realizing CO2–free societies” as an area of priority for Japan’s technological contribution to the world.

Impact:
Deloitte undertook a number of activities to help the client address the issue. Our team evaluated the range of models and practices currently being employed across the business units and conducted interviews of selected business units to understand the processes used for assessing and mitigating short- and long-term water-related risk. We established a structured ability matrix to understand approach similarities, gaps, and effective practices across 10 water risk assessment categories and 35 dimensions, among other key activities. We also recommended a toolkit that could provide a uniform mechanism for operations to assess and mitigate water-related risks.