As CIOs transition among companies and environments, many of them juggle new leadership responsibilities, shifting business mandates, and complicated technology projects. Although every transition is unique and there is no single formula for success, there are some consistent themes.

The goal of this report is to share insights, identify common transition patterns, and provide recommendations to help CIOs prepare for a successful transition. Here are some highlights of the research.

Although every transition is unique and there is no single formula for success, we do find consistent themes and characteristics.

Time. Transitioning CIOs spent the majority (62 percent) of their time handling operational and technology management responsibilities such as understanding the IT environment and stabilizing core IT operations. Business stakeholders often underestimate this operational focus and expect CIOs to drive strategic work immediately. Early in their tenure, CIOs may need to reset these expectations and, over time, shift toward strategic activities.

Talent. Seventy-three percent of business stakeholders surveyed named talent a top priority. New CIOs often have to quickly assess talent, fill key roles, and realign and integrate the current team to eliminate siloed centers of expertise. Transitioning CIOs often face difficult talent decisions, such as recalibrating the leadership team to infuse IT with new ideas or replacing recalcitrant staff who are resistant to change or new leadership. Many CIOs are able to retain and engage high performers by rebranding the IT mission and role, and building an IT culture that inspires, excites, and challenges staff.

Relationships. Many CIOs told us that building deep relationships with key internal stakeholders can help them align with business priorities and influence corporate strategy. As the CIO role expands, establishing or renewing important relationships with ecosystem partners such as vendors, customers, and innovation incubators can help CIOs deliver technology capabilities, identify opportunities for delivering business value, and drive rapid disruption.

Our research revealed four distinct transition scenarios, each requiring a different approach for dealing with opportunities and challenges.

Navigating the transition and beyond

Regardless of transition scenario or business context, CIOs will likely face many challenges and difficult decisions as they navigate the triangle of time, talent, and relationships. CIOs can benefit from creating a vision for prioritizing key business initiatives, developing talent and culture, and enhancing governance and operating models to build deeper business relationships.

The authors would like to acknowledge the core research team: Kate Strachnyi and Keara O’Brien for integrating and aggregating a vast amount of data from disparate sources, and Dana Kublin for her outstanding data visualizations. The report would not be possible without the guidance and support of the following Deloitte leaders: Karen Mazer, Larry Quinlan, Rick Siebenaler, Peter Vanderslice, and Kristi Lamar. 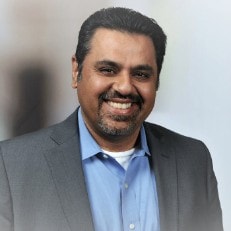 Chuck is a managing director in Deloitte Consulting LLP’s Retail practice and is a leader of retail information management and analytics. He has more than 29 years of broad industry experience including consulting, IT and operational leadership. He has spent 19 years specifically in retail, leading the development and implementation of technology and application strategy for a variety of companies. 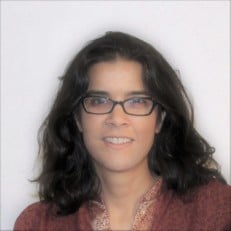 Caroline Brown is a senior writer with Deloitte LLP, where she writes research reports, articles, and other content for CIO Research and Insights and CIO Journal. She specializes in enterprise technologies, technology and industry trends, IT capabilities and competencies, organizational culture, and business processes.

Executive summary has been saved

Executive summary has been removed