The inaugural Deloitte Private global survey indicates that, despite ongoing uncertainty amid interesting global conditions, private company leaders are optimistic and plowing ahead, investing in new technologies and talent to stay ahead of competitors.

Private companies are a growth engine for the world economy, every day hiring new people, purchasing equipment, introducing products and services, acquiring competitors, and making tough, strategic decisions. They’re also optimistic. Our inaugural Deloitte Private global survey of almost 1,900 private-company leaders across 30 countries finds that 67 percent of executives believe revenue will rise in the year ahead and a majority also think profits, productivity, and capital investment will go up; further, 89 percent are confident their companies will be successful during the next 24 months. These are among the findings detailed in a new report, Global perspectives for private companies: Plans, priorities, and expectations.

What is your level of confidence in the success of your company over the next 24 months (based on revenue, profitability, and growth)?

While this outlook is buoyed by growth across the world’s major economies, it’s not purely a function of the business cycle. Private companies are both increasingly interconnected and international, and less exposed to single markets for their performance. In fact, even as 53 percent of executives told us uncertainty was increasing, they are optimistic and plowing ahead. Private companies are investing in new technologies and talent, banking on their agility as conditions change to stay ahead of their competitors.

For the first time in a decade, the major economies of the world are moving as one. According to the Organization for Economic Cooperation and Development, all 45 of the countries it tracks are set to grow their economies this year.1 This relative alignment is captured in our global survey. Though many respondents are a world apart geographically, their expectations and investment plans are closely aligned: Executives across three major regions—the Americas; Europe, Middle East, and Africa (EMEA); and the Asia Pacific—are similarly confident in the success of their companies during the next two years.

Yet many have concerns, albeit for different reasons. While more than half all respondents believe uncertainty is increasing, leaders in the Americas are most worried about the economic outlook in their home countries, Asia Pacific respondents about the cost of raw materials and other inputs, and executives in EMEA about hiring and retaining employees. The fact they remain so confident generally is an interesting juxtaposition. The overarching reason may be that, as private companies, they can be more agile and take a longer view. They may also be investing amid higher uncertainty to maintain their competitive position and keep rivals at bay.

The impact of disruption

Digital disruption emerged as a major factor shaping private companies’ expectations. While technologies such as cloud computing and analytics have leveled the playing field for many private companies, giving them access to technology platforms that were previously unaffordable and making it possible to transform data into business insights, nearly half of our respondents expect disruption from nontraditional competitors over the next two to three years.

How likely is it that your company will be disrupted by a non-traditional competitor over the next 2-3 years?

When asked which technology trends were likely to have a significant impact on their respective businesses over the next 12 months, survey respondents cited cyber intelligence, analytics, cloud infrastructure, mobile devices, and big data. In terms of investment priorities, 40 percent put cloud computing/software as a service and customer relationship management at the top of the list, closely followed by data analytics/business intelligence and automation of business processes.

As automation changes the future of work, the companies in our survey find themselves caught between two powerful trends, both triggered by the resumption in global growth: the need to hire new workers to meet increasing demand, and an intensifying battle for a shrinking pool of skilled workers.

In this hunt, smaller private companies may appear disadvantaged to some extent—lacking the big brand recognition of their larger public rivals, not being able to offer large financial perks, or not being located in metropolitan areas that attract younger workers. However, private companies offer benefits to job seekers that larger public companies cannot match. Many offer a better work/life balance, including flexible hours, and senior leaders are often more accessible at private companies.

Companies’ strategies for developing their talent pipeline vary, with training, leadership development, and increased hiring topping the list of talent investment focus areas. Currently, 16 percent of our respondents listed strengthening their management team as one of their top two growth strategies for the year, as opposed to more traditional priorities such as developing new products and services and growing existing markets.

Which investments in its employees is your company most likely to make in the next 12 months?

As focused as global private companies have been on growing their business, in recent years, many have shown a strong preference for doing it organically instead of acquiring or merging with others. Less than a third—29 percent—of the private company leaders say their company completed a merger or acquisition in the past 12 months.

But a bounce-back may be in the offing. Forty-two percent of respondents anticipate that they are likely or very likely to acquire targets in the next 12 months. Meanwhile, 26 percent say they expect to be acquired. And, notably, some private company executives view corporate combinations as one of their most potent tools to accelerate growth.

How likely do you believe it is that your company will participate in a merger or acquisition in the next 12 months as an acquirer?

Robert Rosone is managing director for Deloitte Growth Enterprise Services. He is based in Parsippany, NJ.

Roger Nanney is national managing partner for Deloitte Growth Enterprise Services. He is based in Dallas, TX. 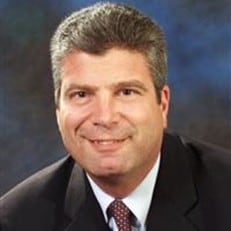 Bob is a managing director with Deloitte LLP focused on expanding Deloitte’s services to private companies through Deloitte Private. His responsibilities include operations, business development, marketing, public relations, advertising, and communications. Bob is a member of the Deloitte Private Leadership Committee and leads the Deloitte Private global brand and marketing organization, as well as the US Best Managed Companies program. Prior to his current roles, he served as chief of staff for Deloitte’s chairman of the board and has held numerous marketing and leadership positions since joining the firm in 1998. Bob received his MBA from Fordham University and BS in political science from the College of the Holy Cross. He is the chairman of the board of United Way of Monmouth and Ocean Counties and a board member of Pro-Mujer, a women's empowerment organization serving 250,000 women in Latin America. 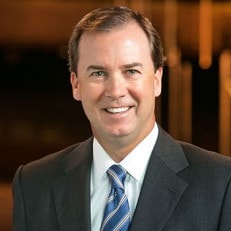 Roger is a vice chair of Deloitte LLP and most recently served as the national leader of Deloitte Private for Deloitte & Touche LLP. He is the senior advisory partner for several of Deloitte’s largest clients.

Optimism amid uncertainty has been saved

Optimism amid uncertainty has been removed