Navigating the impact of the new Leases Standards has been saved

Navigating the impact of the new Leases Standards has been removed

Navigating the impact of the new Leases Standards

As Deloitte accompanies organizations in their new Leases Standards implementation projects (where permissible under applicable independence and professional standards), we identified a need for organizations to share their many challenges and to understand those faced by others in their jurisdictions, regions and industries around the world. In response, Deloitte launched the Global IFRS 16 and ASC 842 readiness survey which highlights the challenges and complexities facing organizations when implementing IFRS 16 and ASC 842 across the world. The survey found that, with a few regional exceptions, many of the challenges and issues identified are similar across all organization sizes and industries.

Deloitte Global’s IFRS 16 and ASC 842 readiness survey reports responses from 207 respondents in 21 countries highlighting complexities around implementing these standards. For the full survey results and analysis, please download the survey. Organizations need to understand the challenges identified around the world regarding the new Leases Standards implementation projects. The graph below highlights Deloitte Global’s key findings above. For the full survey results and analysis, please download the Deloitte Global IFRS 16 and ASC 842 readiness survey. 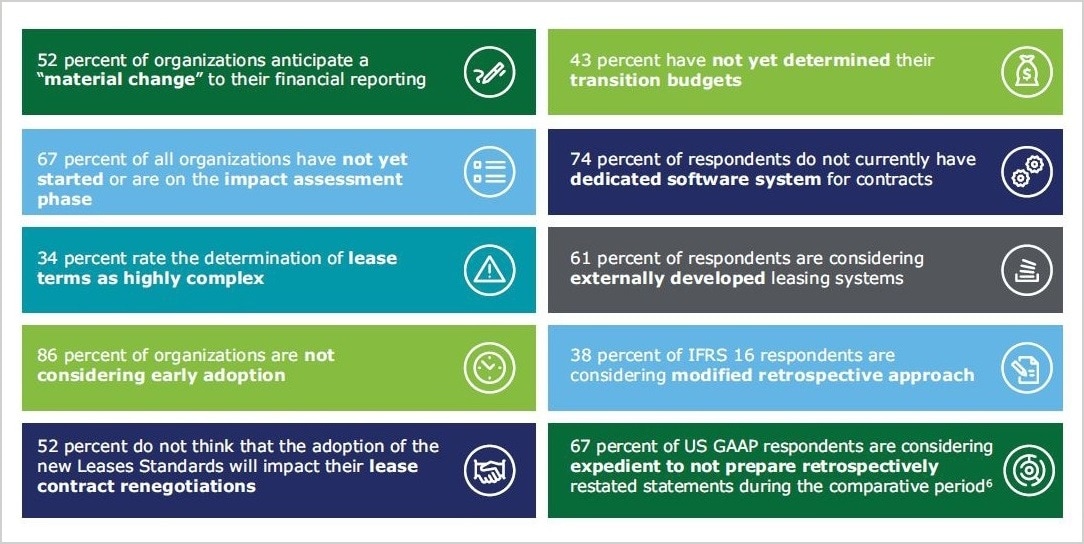 Tom has over 20 years of experience in finance. He began his career in audit, but as he progressed in his profession, he obtained valuable operations and business expertise. He helped organizations wi... More

As Audit & Assurance partner, Thomas is heading the Brussels IFRS/IPSAS Centre of Excellence, a team of experts in accounting and financial reporting. With 20 years of experience in this area, he has ... More

The time to act is now. So get it on balance!