Technologies become interconnected, private 5G and robots on the rise has been saved

Technologies become interconnected, private 5G and robots on the rise has been removed

Technologies become interconnected, private 5G and robots on the rise

Deloitte Belgium today released the 19th edition of its “Technology, Media & Telecommunications Predictions,” which identifies three overarching themes. The first is how individual technologies are becoming ever more interconnected and interdependent, increasing their impact and value as a result. Smartphones, computers, TVs, enterprise data centres and software, and IoT will drive most of the TMT industry’s revenue. Lastly, many previously hyped services and products will finally become a reality in 2020.

Vincent Fosty, Deloitte Belgium TMT Industry Leader: “In 2020, we will start to see a canopy effect where industry players will work more closely together as individual technologies like robots and private 5G become better connected. In Belgium, accessories are an important smartphone multiplier, driving industry revenues. An interconnected ecosystem with a limited number of significant players should allow us to foresee trends with greater accuracy and more confidence.”

There are two additional large and growing consumer robot markets: consumer service (for tasks such as vacuuming, lawn mowing, and washing windows) and entertainment. As time goes on, however, the distinction between robot types is becoming less clear. What a machine is called may be less important than what it can do.

Jan Corstens, Technology Sector leader for Deloitte Belgium: “In Belgium, we particularly see robotics, assisted by AI, in use in elderly care facilities and healthcare business, hotels, retail, and even in surgery.”

Deloitte predicts that more than 100 companies worldwide will begin testing private 5G deployments*  by the end of 2020, collectively investing a few hundred million dollars in labour and equipment. For many of the world’s largest businesses, private 5G will likely become the preferred choice, especially for industrial environments such as manufacturing plants, logistics centers and ports.

“This is also a growing trend in Belgium where, for example, Deloitte Belgium is currently advising Orange in order to go to market with a 5G private network approach and technologies for several business-to-business clients,” said  Tim Paridaens, Internet of Things leader at Deloitte Belgium “We have been working closely together, designing use cases for connecting innovative technologies such as sensors, smart cameras, remote-controlled ships, autonomous vehicles and drones. These use cases illustrate the huge potential of 5G networks for industrial applications in domains such as safety, efficiency and reliability.”

The smartphone multiplier market (hardware, content, services) will drive US$459 billion of revenue in 2020 alone and will grow between five to 10 percent annually through 2023, lifted by continued robust growth in its largest components. This means that in 2023, the smartphone multiplier market is likely to generate revenues of more than half a trillion dollars per year.

Tim Houben, Media Sector Leader for Deloitte Belgium: “Accessories are an important smartphone multiplier in Belgium. According to Deloitte’s 2019 Global Mobile Consumer Survey, 76 percent of Belgians have a phone case and 50 percent owns a power bank in order to extend their smartphone battery life. We estimate that the average Belgian owns nearly six accessories.”

Global revenue from ad-supported video services will reach an estimated US$32 billion in 2020, Deloitte predicts. Asia, including China and India, will lead with US$15.5 billion in revenue in 2020, nearly half of the global total. In China, India, and throughout the Asia-Pacific region, ad-supported video is the dominant model of delivering streaming video to consumers. By contrast, in the United States, most direct-to-consumer video offerings are pursuing an ad-free subscription model.

In 2020, the global audiobook market will grow by 25 percent to US$3.5 billion and the global podcasting market will increase by 30 percent from 2019 to reach US$1.1 billion in 2020, surpassing the US$1 billion mark for the first time. In Belgium, more and more podcasts are being created, but not everyone is familiar with this medium. The majority of listeners are young people.

Tens of billions of additional bicycle trips per year will take place in 2022. The increase in bicycling will double the number of regular bicycle users in many major cities around the world where cycling to work is still uncommon. Deloitte predicts a 1 percentage point rise in the proportion of people who bike to work during the three years from 2019 to 2022. Between 2020 and 2023, more than 130 million e-bikes (using all battery technologies) are expected to be sold.

“Reserarch shows that a rapidly increasing number of workers in Belgium are also opting to cycle to work on bicycles that are more and more often leased by their employer. The success of the lease bike goes hand in hand with the discovery of the electric bike as a handy shuttle,” added Fosty.

*Private 5G network: can be deployed either by purchasing its own infrastructure while contracting for operational support from a mobile operator, or by building and maintaining its own 5G network using its own spectrum. 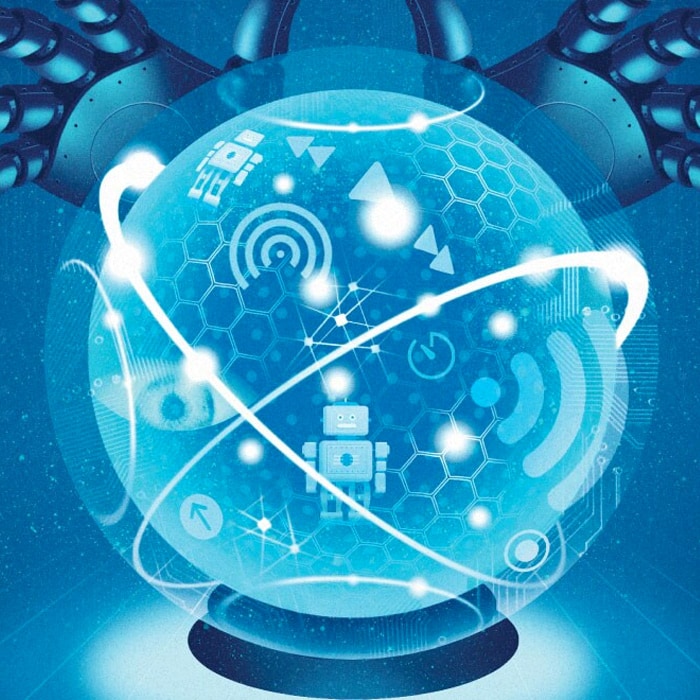 About the 2020 TMT Predictions

To ensure sustained business growth, it is critical that organizations address the increasing disruption posed by emerging technologies. Deloitte’s Technology, Media & Telecommunications (TMT) industry practice brings together thought leaders and trusted specialists to shape many of the world’s most recognized brands in these fields. Through its work, the TMT team aids clients in creating competitive advantage and helps them succeed in an increasingly digital world.  Deloitte Global’s annual TMT predictions serve as guideposts for future business strategy by providing a 1-3 year outlook on key trends in the global technology, media, and telecommunication industry sectors. The trends are based on a global analysis of figures and developments for each topic and help identify key challenges and areas of focus for the world’s TMT brands as they navigate the impact of new technologies shaping the future of industry.