Investing in post-disaster innovation has been saved

Investing in post-disaster innovation has been removed

Deloitte Japan, which continues to provide revival and restoration support in the wake of three connected disasters, has expanded its focus to recognize the broader need to rebuild a national economy crippled by those events.

In March 2011, three connected disasters devastated the world’s third-largest economy, resulting in a recovery bill that could reach US$250 billion or more. Twenty prefectures in Japan took a direct hit from the 2011 Great East Japan Earthquake, tsunami, and Fukushima Daiichi nuclear accident. But, the economic impact of the triple disaster was borne—and is still being felt—throughout the country.

“These events devastated small businesses, destroyed factories, disrupted supply chains in Japan and and caused power shortages across the country,” says Masatoshi Tanifuji, leader of the Deloitte Japan Reconstruction Support Team. “Many businesses could not recover. Those that survived lost many customers. Some companies decided to permanently relocate to other parts of the world. And our government may be forced to increase public debt to pay for the recovery. The economic impact of the disasters will be felt for many years to come.”

Deloitte Japan, which played a broad and active humanitarian role in the wake of the disasters, continues to provide revival and restoration support for its clients and pro bono services in disaster-affected areas. But, the firm’s focus has expanded to recognize the broader need to rebuild a national economy crippled by those events. “We want to do more than simply help disaster-affected areas recover. Our goal is to help create a nationwide economic rebirth by nurturing innovation,” Tanifuji says. “We have ample resources and professional skills to invest in Japan’s communities, and can make a tremendous societal impact by leveraging our business capabilities.”

The assistance Deloitte Japan’s subsidiary, Tohmatsu Venture Support (TVS), offers entrepreneurs and new is a noteworthy example of this commitment. Each week, TVS holds a “Morning Pitch” event throughout Japan, giving startups a chance to pitch to an audience of big companies, investors, and media that typically numbers 150. The purpose of the event is to facilitate business alliances between startups and big companies.

TVS also offers startups services that include support with sales, public relations, fundraising, hiring, training, and overseas expansion. “We provide our services as pro bono support because we believe that growth of startups will boost the Japanese economy,” says Takao Yoshimura, TVS Chief Executive Officer. “By giving these startups access to investors and others through the Morning Pitch events, we significantly enhance and increase their business options and have helped many achieve their goal of having an initial public offering.”

To date, TVS has helped more than 2,000 startups not only achieve but also contribute to a local and national revival. A few of those startups already have crossed into global markets.

In association with the Japan Association of Corporate Executives, Deloitte Japan professionals in the region also are helping revive fisheries, as well as leading agriculture, forestry, tourism, and manufacturing companies.

While addressing the larger, economic issues, the firm’s professionals have not forgotten the individuals who still face hardships as a result of the disasters. Deloitte Japan partners and staff continue to have donations to charitable organizations deducted from their pay. To date, more than US$600,000 has been raised to benefit children who lost their caregivers in the catastrophe. “We see Japan’s economic rebirth and continuing societal needs as major challenges,” Tanifuji says. “But, more importantly, we see them as our social mission.” 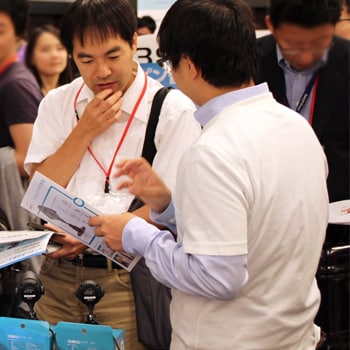