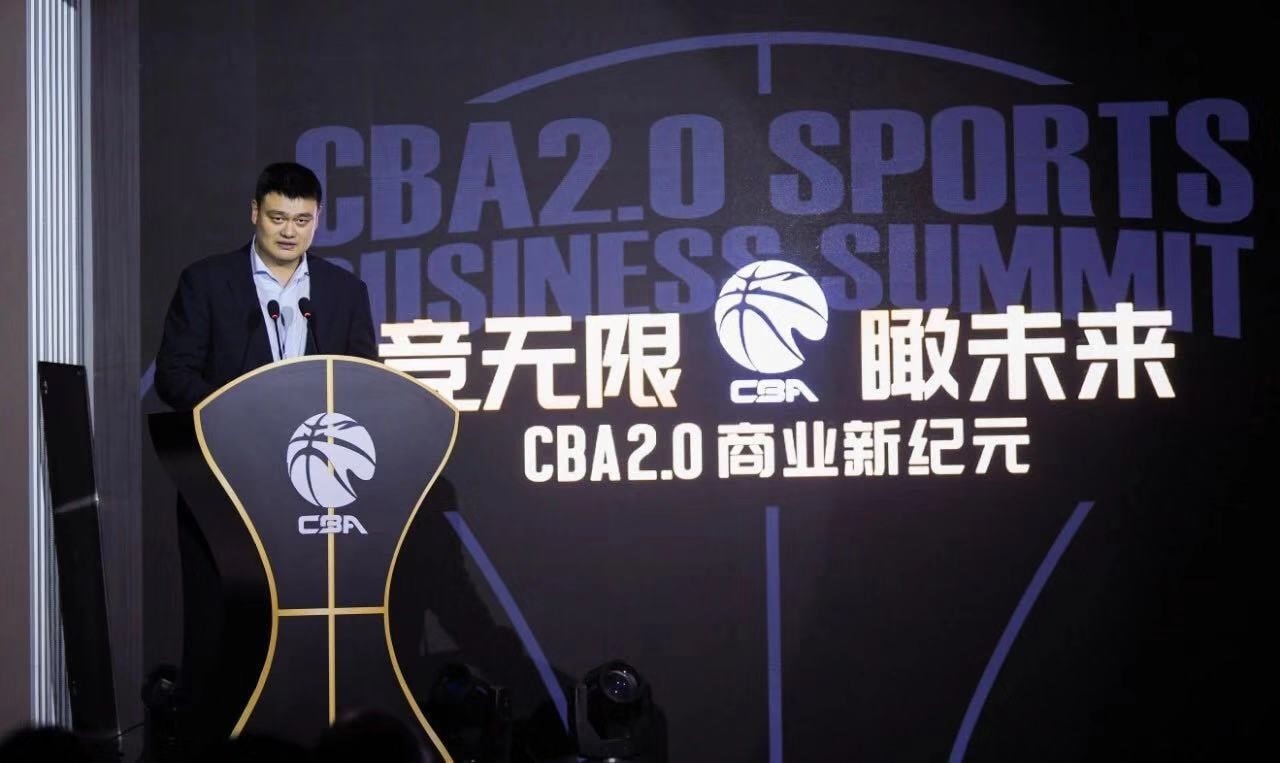 Mr. Yao Ming first addressed the summit and said, "CBA League and 20 CBA clubs are working together to plan and build an upgraded brand belonging to CBA itself and the whole society. CBA is committed to becoming one of the top professional leagues. We will strive to be creative and work together with collaborators to enhance its attractiveness. Subsequently, Mr. David Wang introduced the main objectives of "CBA 2.0" plan, that is to focus on creating more exciting sports products, providing more intimate fans' experience and services, creating a younger brand image and a new business development system. Then gradually upgrading the level of operation of CBA League and clubs, and leading a new era of CBA League with our collaborator. (Contents from CBA)

During the summit, Ms. Nikki Wang released "CBA League Commercial Performance Review White Paper", which attracted great attention from the guests on the spot. The report was jointly released by CBA League and Deloitte. At the same time, Mr. Yao Ming was invited to write the foreword of the White Paper to cheer CBA on its move towards a new era of 2.0. With a wider study on basketball industry in China, the report focuses on the development and present situation of CBA League and its commercial performance. Meanwhile, it describes the overall prospect of CBA League through in-depth survey of CBA League fans, which will bring a new vision and development opportunities for the development of Chinese men's basketball professional league.

In the past, Chinese professional basketball has faced many problems, such as insufficient professionalization, low commercialization and weak basketball level. In order to solve these potential challenges, Mr. Yao Ming took over the chairmanship of the Basketball Association in 2017 and actively promoted the League reforms, landing on the policy of "regulation separate from management". At present, the league has achieved results in the aspects of professionalization, commercialization, talent training and infrastructure construction.

Ms. Nikki Wang said that as one of the top sporting properties in China, CBA League has gained some achievements in the process of professionalization and personnel training in recent years. The CBA League has been evolving across 24 seasons. Reforms to improve the competition have entered a new, CBA 2.0 era that is intended to secure the long term success of the league through stronger youth development and standardized contracts. The CBA League generates not only commercial revenue but value shared with the five major stakeholders responsible for the league’s success - broadcasters, sponsors, clubs, players, and fans. These stakeholders share a common interest in the development of a sustainable and healthy CBA league.

The world's basketball elite and sports industry leading institutions gathered in China to witness the world's top competition feast, and explore the achievements of industrial reform and development prospects. Deloitte is committed to strengthening and expanding its professional service capabilities, pushing key areas to a higher level, and will fully assist leading enterprises and institutions in the industry to adapt to market trends and win the future.