Significant conferences have recently been held in China including the G20 High-Level Tax Symposium and the G20 Summit, which have profound impacts brought to the global economy and order of tax; and elevated the general public's understanding and awareness of finances and taxation to a higher level. This year, Deloitte Tax Championship aimed to leverage its platform to contribute its share in raising tax awareness, building the echelon of international tax talents, and all in all contributing to the establishment of an international tax think tank in China.

Ms. Vivian Jiang, Deputy CEO of Deloitte China and Managing Partner of Tax and Business Advisory Services for the Greater China Region spoke with the students at the competition on tax, economy, as well as the interaction and integration between China and the whole world. She said "Deloitte always emphasizes tax practitioners should 'think out of the box' and grasp the economic substances of tax. The Tax Championship corroborated vividly. The business cases do not merely focus on tax, they have integrated different subjects, while assessment is based on both technical knowledge and all-rounded skills. This illustrates what 'think out of the box and practice with an integrated approach' means. The theme for the G20 Summit in Hangzhou is to work towards 'an innovative, invigorated, interconnected and inclusive world economy', which is all about creating a fair, transparent and collaborative international tax regime and order. It is essential to take into account the voices and powers of the developing countries. The PRC Government announced its plan to establish an International Tax Policy Research Center for international tax policy design and research and supporting the capacity building on taxation for developing countries, which is an extraordinary initiative with a long term impact. Your participation at Deloitte Tax Championship today marks the beginning of your share of contribution along this path." Vivian expressed that Deloitte is committed to developing international professionals with the '3i' attributes – providing insightful solutions, adopting an integrated approach and offering innovative ideas. The Championship, the evaluation and recruitment of both fresh graduates and experienced hires, the continued professional development programes, the indepth and diversified research led by Deloitte China National Tax Technical Center, the exploration, enhancement and innovation woven in each piece of client work, are all saturated with Deloitte's support and determination to cultivate 3i professional talents. In addition, Deloitte will further strengthen its collaboration and communication with various tax professional training and development committees, tax associations and tax authorities, shouldering our share in raising tax awareness.

The cases for this year's final were more aligned with the latest international tax development and aimed to develop the students' mindset and capabilities around integration, innovation, enthusiasm, and unity of practice and knowledge in support of the talent development for China's tax think-tank. A series of recent hot topics pertaining to international tax and business such as international tax, mergers & acquisitions, equity transfer, return and domestic listing of red-chip companies, individual shareholders' tax affairs, ESOP and intangible assets were adopted into the cases for this year's participants. Upon winning the regional competition, thirteen finalist teams were required to develop solutions for the business cases containing the above-mentioned issues. At the final round, the top three finalists competed against each other via a case study revealed onsite from the perspectives of business model optimization under Base Erosion and Profit Shifting (BEPS), cross-border intellectual property rights and transfer pricing, which simulated the real-life working environment full of complications and challenges. In the English Q&A session, contestants were asked to present their views on the tax impact of Brexit. Facing such an extremely meaningful subject with uncertainties in its present tense has surely put the students under the spotlight. The contestants and other finalist teams as the audience both reckoned that this was a truly exciting competition throughout.

The essay competition this year has received 27 pieces of work from doctorial and master's degree students. The participants conducted in-depth research on various domestic and global tax issues hot from the stove, including BEPS initiative, tax collection and management related to "the Belt and Road", China's anti-avoidance rules and VAT reform. Such writing experience has facilitated their practice of integration, innovation, and insights through enthusiastic studies.

The championship is not only in pursuit of staying current content-wise, but innovating how the competition itself get presented. This year it echoed with the trend of "Internet+" and mobilized its round 1 contest online! Ms. Julie Zhang, Chairlady of the Deloitte Tax Championship and Partner of Deloitte China National Tax Technical Center and Tax Policy Research Center shared that "from contestants' progression to format of assessment, Deloitte Tax Championship this year has further moved up to another level in order to stay abreast of times. More importantly, both Deloitte and the students in the competition have adopted a more international and modern mindset in the competition. I am so proud to witness the students confidently discussing various high level tax issues in English and expressing their views and innovative interpretation of the international and local tax environment in writing, justified through strong reasoning and proof. At the same time, we have seen an increasing participation of non-tax major students in the Tax Championship. Many of them said that they had leant much more about tax through the preparation and competition and expressed growing interests in the tax profession. It is one of the objectives to drive us to host the competition every year."

Mr. Zhang Zhiyong, former SAT Deputy Commissioner and current Deputy Director of China International Tax Research Institute was invited to be the expert judge of the Deloitte Tax Championship. Mr. Zhang recognized the efforts of Deloitte in promoting tax education and driving the industrial development. He commented that he hopes Deloitte will continue to make an impact as a global professional service provider. “Deloitte Tax Championship has already become a valuable 'intellectual property' in the tax profession." he said, "It inspires curiosity, raises tax awareness, cultivates professionalism, and nurture vocational ethics. Over the past decade, the competition has been recognized by various levels of governments and tax authorities as an example of an innovative way to promote the tax profession and elevate tax awareness. Also, it has been increasingly focused on real situations we come across in business practice, exerting practical significance on the education for both universities and students alike. I look forward to Deloitte's continuous success in developing the Tax Championship to become a leading influencer platform of excellence in this area."

Launched in 2004, the Deloitte Tax Championship is a pivotal initiative of the Deloitte Research Foundation which promotes education, research and innovation in the field of taxation by supporting an array of national and local programs in the region. 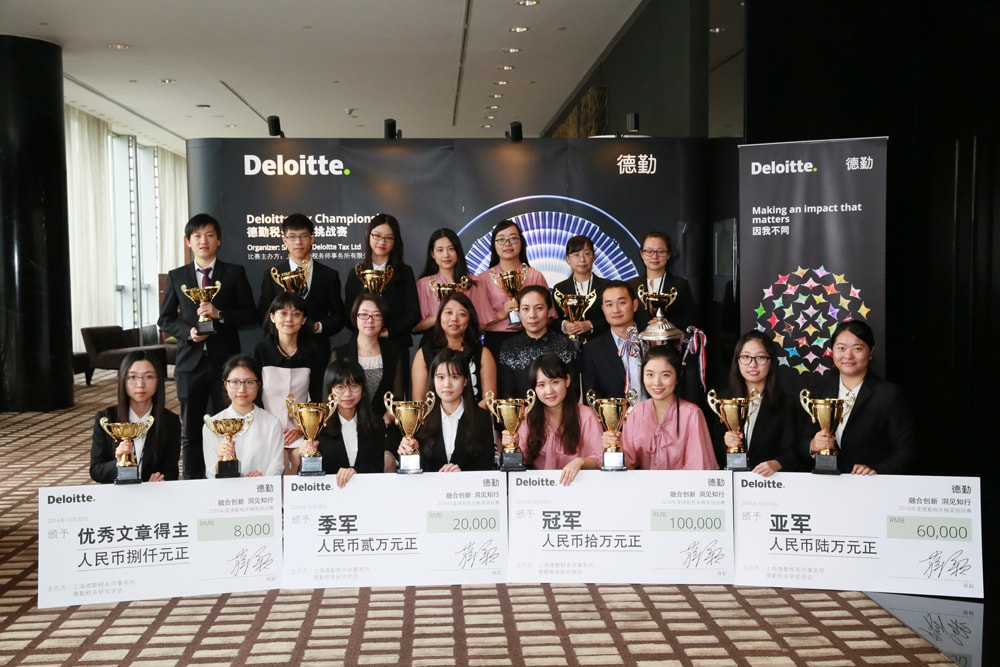 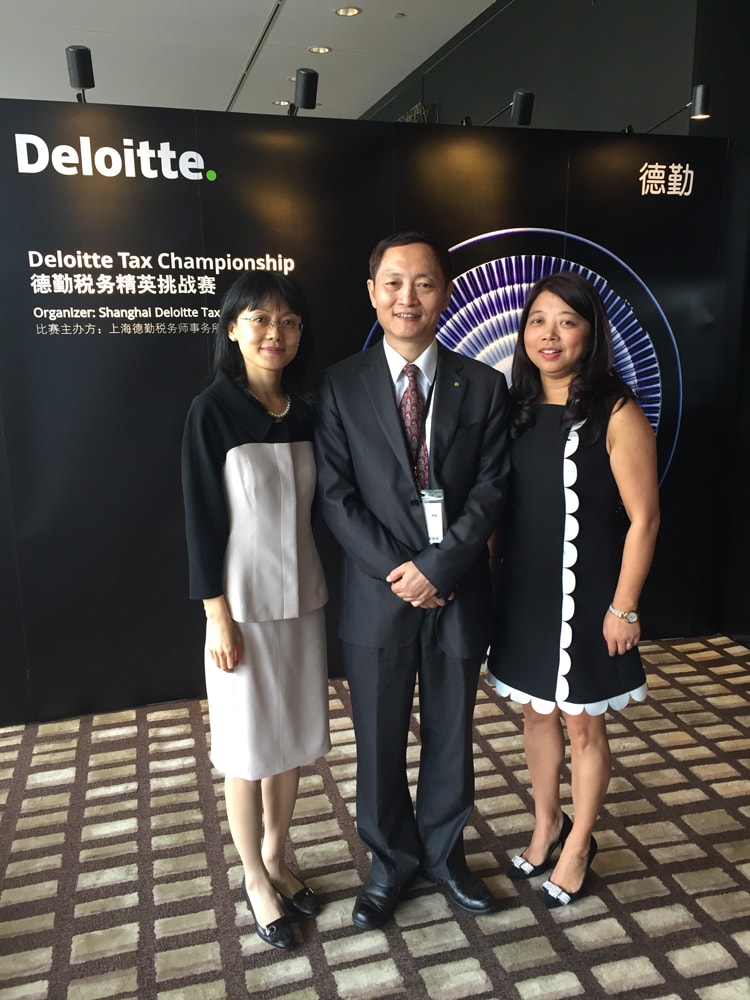 A recap of Deloitte Tax Championships