With the new consensus reached at the South Africa-China High Level Dialogue which took place last month in Pretoria, SA, strategic cooperation between the two countries, particularly in the areas of culture, education, communications, health, technology, sports, tourism, women advancement and youth, will continue to thrive.

Garikai Matambo, on behalf of Deloitte Chinese Services Group Africa and Deloitte African Services Group spoke at the high-level dialogue, which was officiated by the Vice-Premier of the State Council of China, Liu Yandong and the Minister of International Relations of South Africa, Maite Nkoana-Mashabane. During the dialogue, Garikai made three key suggestions regarding promoting win-win cooperation between China and Africa: Firstly, international relations platforms are essential and should create enabling environments for both South African and Chinese businesses to thrive. Secondly, socio-economic values, underpinned by the writings of the Founding-Fathers continue to guide interactions and exchanges amongst States, and these values should be upheld where possible. Thirdly, the relationship between China and Africa should continue to be mutually beneficial and each State needs to define and pursue national interests that enable human development amongst other important socio-economic pillars.

The Dialogue is part of the High-Level People-to-People Exchange Mechanism (PPEM) between the two countries, which aims to cement mutual trust, friendship and strategic partnership and to further deepen cooperation. So far, South Africa is the only African country with such a mechanism as PPEM with China, joining six other countries, including the United States, Russia, United Kingdom, France, Indonesia, as well as the European Union and other regional organizations that China has launched similar mechanisms with.

Looking forward, the high-level dialogue provides an understanding of tangible investment opportunities in SA and of the detail of China’s Belt and Road Initiative, which will enable both countries to work closely together to further enhance trade relations. 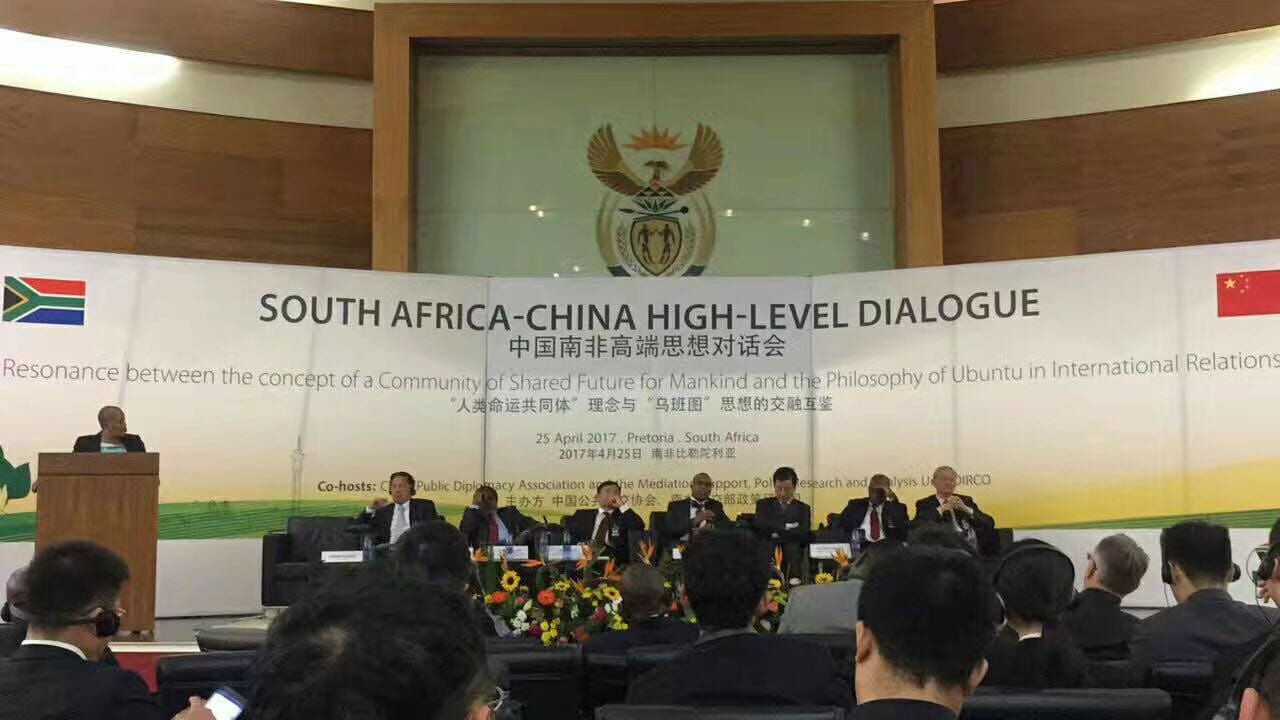