WHICH DTTs ARE OR WOULD BE AMENDED?

As instructed by the President, Russia’s double taxation treaties (DTTs) are being renegotiated. Some of them have already been changed.

The current status is as follows: 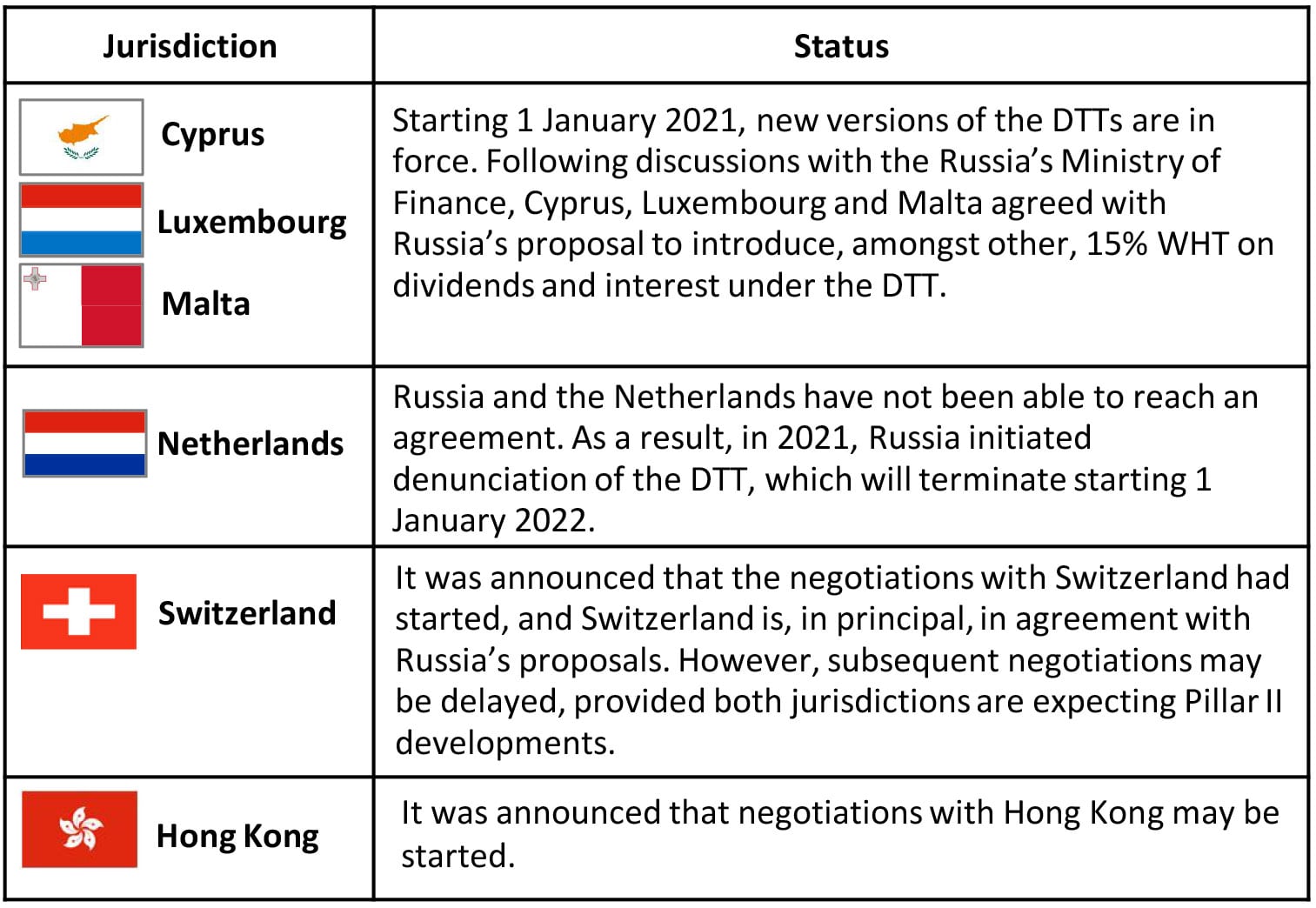 The Ministry of Finance said that only the DTTs with the so-called ‘transit’ jurisdictions will be affected (without naming them). In all probability, the list will be shaped on the go, reflecting the Russian business’s reaction to the changes (if there is a massive flight to one jurisdiction or another not currently on the list, the respective DTTs will also be up for renegotiation). We believe that the DTTs with China, Germany, France, Italy, the US, and Canada will remain unchanged.

WOULD DTT BENEFITS REMAIN FOR SOME INVESTOR CATEGORIES?

A relief from WHT should remain in place for interest income from bank loans and certain bond coupons.

A reduced (5%) rate for dividends should be available to public companies making direct investments into Russia, provided, amongst others, their shareholding in the Russian company is at least 15 percent and 15 percent of their shares are exchange-traded.

These reduced rates and exemptions are reflected in the new versions of the DTTs with Cyprus, Luxembourg and Malta. Similar exemptions will be proposed to other partner countries.

With amendments for a number of Russia’s DTTs, we recommend that you do the following: 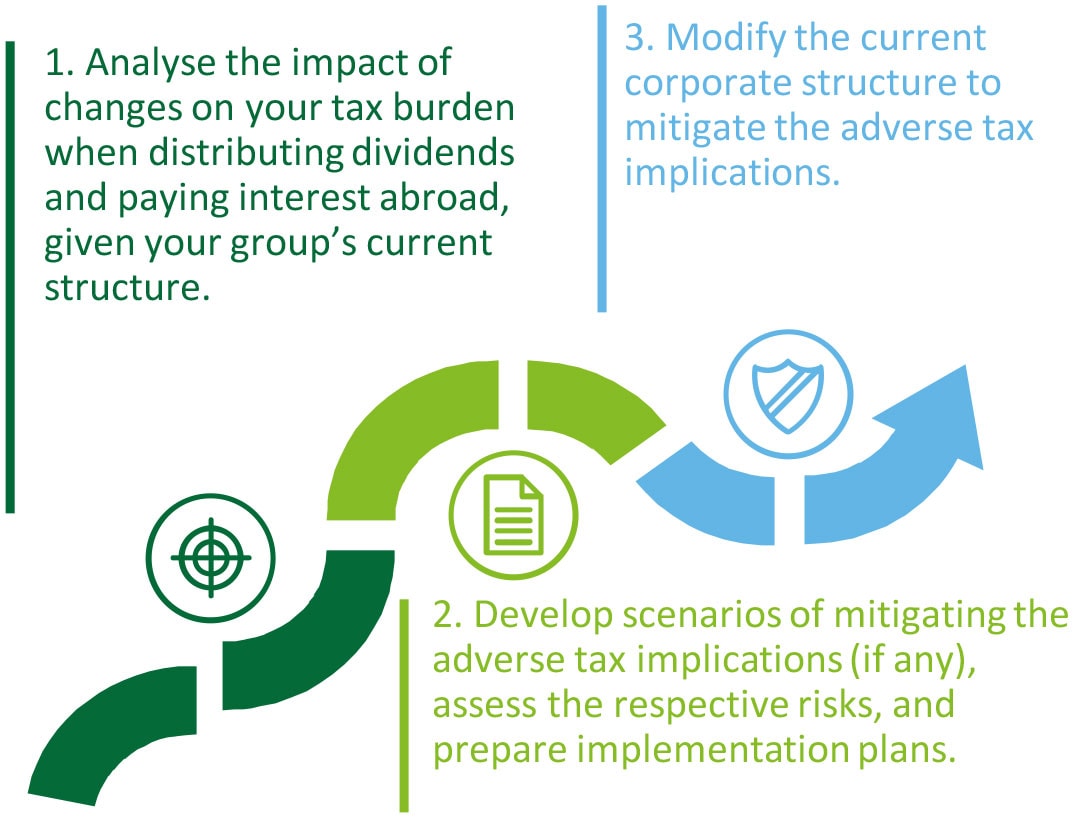 ARE THERE ANY ALTERNATIVES?

WHAT IF DTT IS TERMINATED?

A number of tax benefits envisaged by the Russian Tax Code for foreign companies and cross-border transactions are conditioned on the existence of a DTT with the respective country. If the DTT is denounced, the benefits will no longer be available.