Future autonomous (electric) vehicles are primarily software-driven products compared to traditional cars. The upcoming transformation in the automotive industry from a “made of steel” business towards “software is eating the world” will be no doubt a game changer – it remains to be seen whether today’s automotive industry giants will still play a leading part in the future mobility value chain.

In recent years, autonomous driving and so-called robotaxis have become one of the hottest topics in the automotive industry - and beyond!

Recent autonomous vehicle forecasts call for sales of more than 30 million autonomous vehicles in 2040. Although the sharpest gains are expected to occur after 2030 compared to one million in 2025, commercial market introduction is announced by several OEMs for 2021.

Traditional car manufacturers and established suppliers are not the only ones who are trying hard to find the sweet spots in this new emerging mobility value chain. Tech giants like Nvidia and Intel, leading software and internet players like Google (Waymo) and new mobility startups such as Aurora, Cruise and Uber are also on the verge of reaping the rewards of an entirely new future mobility era.

However, we are all aware of several technological hype cycles, ranging from the internet bubble at the turn of the millennium, the proclaimed significant increase in e-mobility, which the world is still waiting for, and lately blockchain and Bitcoin, which receive significant media attention. But where among all these trends and hypes can we place autonomous driving?

This publication shows some forecasts to frame the general market potential for autonomous driving solutions and provides a framework to align on common terms and wording when it comes to automated and 'real' autonomous driving.

Cars are no longer merely the means of getting from point A to point B, nor are they simply status symbols; instead, they have become functional assets. Car manufacturers are facing a similar trend like their counterparts in the mobile phone industry years ago, namely the shift from one-purpose devices (simple mobile phone) to multi-purpose platforms (smartphone). The car is turning into a platform to serve a variety of functions.

Now that new players from the tech sector have entered the stage in the automotive industry, traditional manufacturers and suppliers try hard to continuously shorten development cycles and to catch up with the inevitable move into the new software era. Collaborative agile working models predominantly known from the software industry and more innovative cooperation management approaches are paving the way for tackling these challenges and turn them into opportunities.

Download the publication and learn more about how autonomous driving will shape the future of the automotive industry. 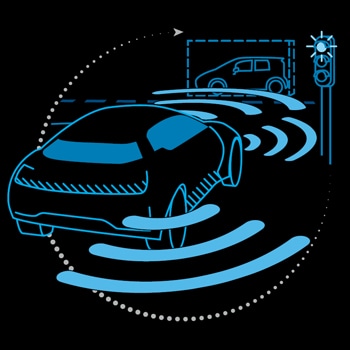 Also available via the Deloitte Insights App. Download it today from the App Store and Google Play.

The Future of Automotive Sales and Aftersales