What’s happening this week in economics? Deloitte’s team of economists examines news and trends from around the world.

ECB worries about debt while the EU moves toward integration

Listen to the 2020 economic outlook podcast

In the US, personal income soars, consumer spending plummets

Japan’s recession may be deeper than analysts had anticipated. Both retail sales and industrial production fell more than expected in April. Industrial production dropped 9.1%, with some of the largest losses in autos and steel. Meanwhile, retail sales were down 9.6% over the month as consumers held back spending on general merchandise, apparel, and motor vehicles. Weakness likely persisted in May as well. The government placed the country in a state of emergency and the last of the prefectures, which includes Tokyo, were only given the green light to reopen on May 25. Manufacturers expect their output to fall another 4.1% in May. In addition, weekly retail sales data show that spending on discretionary items remained weak during the first three weeks of May. Economic contraction during a state of emergency was to be expected, even if the losses are a bit larger than previously expected.

Given the unprecedented amount of fiscal stimulus and the 2.6% unemployment rate in April, it is tempting to assume the economy will bounce back quickly this summer. Unfortunately, that is unlikely to be the case. The relatively low unemployment rate does not include the 4.2 million people on furlough. If all those workers were counted as unemployed instead, the unemployment rate would easily jump into double digits, which better highlights the extent of the pain workers are experiencing. In addition, the new stimulus package, which amounts to US$1.1 trillion, comes mostly in the form of loans that are meant as a lifeline to prevent bankruptcies from surging while the virus continues to limit economic output from reaching its potential. Those loans are necessary to prevent more economic damage, but they will do little to bolster demand. Plus, mobility data suggest Japan’s consumers are still cautious despite the easing of lockdown restrictions and very low rates of COVID-19 infection. We still expect Japan’s economy to begin recovering this summer, but the pace of recovery will likely be modest.

Productivity in the post-COVID era

Craig Alexander, Chief Economist of Deloitte Canada, offers some thoughts on what the COVID-19 crisis could mean for productivity trends.

One of my key concerns about the post-lockdown economic recovery is the potential slowdown (or outright decline) in labor productivity. There is some evidence that, on average, workers tend to be less productive when working remotely than when physically in the office. And, since remote work is likely to remain a significant part of doing business until a vaccine is fully deployed, aggregate productivity is likely to suffer. This could be further exacerbated by physical distancing rules in retail, finance, transport, and other service-producing sectors. The new restrictions will likely increase costs and require investment in potentially non-productive capital (barriers, scanners, etc.) when maintaining an office, operating a store, or producing in a factory. In the absence of productivity gains, the rising operating cost are expected to put downward pressure on wages or upward pressure on prices and make a slow recovery scenario much more likely.

However, this somber short-to-medium term view masks the possibility of some very large long-term productivity gains, if the opportunities are realized. To illustrate this, let us consider the main macroeconomic and geopolitical trends from three distinct perspectives.

First, the global economy prior to COVID-19 was undergoing structural changes that are still affecting businesses. This includes issues such as the aging of the labor force, the rising importance of immigration to economic growth, and policies aimed at addressing climate change.

Second, some of the existing trends have been accelerated by COVID-19. The pandemic has greatly accelerated the shift toward digital adoption and consumption, and is likely to rapidly speed up the deployment of artificial intelligence (AI) and use of Big Data. The future of work is also being transformed by accelerated automation and the shift to remote work, which is likely to linger even after the economy is reopened.

Third, the pandemic has also created new trends that did not exist before, including changes in consumer behavior around health and trust.

These transformative forces are likely to lead to many business failures during the current recession and its aftermath. Closures related solely to the new disruption from the pandemic are a particular economic loss. However, many firms that fail will be those that were already being disrupted by the first two factors. For example, we are seeing firms that invested in digital prior to COVID-19 thriving, and businesses that underinvested in the shift to digital falter. With this perspective, one could argue that the process we are seeing is an acceleration of the creative destruction that is an inherent part of economic evolution—a cornerstone of economic theory since the 1950s.

We can lament the loss of businesses, but we should also be mindful that the closures will enable the opportunity to create new firms during the recovery and subsequent expansion. Indeed, I believe policymakers should establish incentives and create an environment to encourage startups, something that would greatly help the job recovery. And these new firms will be positioned to thrive in the new post-COVID environment that will be more digital, more automated, more informed by AI, and employ more flexible workers. This would make the economy more flexible, productive, and competitive.

There is also the possibility that many of the small businesses that are lost are lifestyle businesses. These are businesses where the owner’s ambition is to provide a good quality of life for their family instead of looking to grow and scale significantly. In the post-COVID world, we could have stronger, more competitive businesses if new startups are more oriented to growth and scaling. 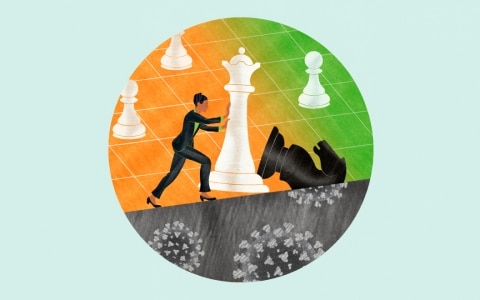 What might be expected of business investment in a post-COVID-19 world? 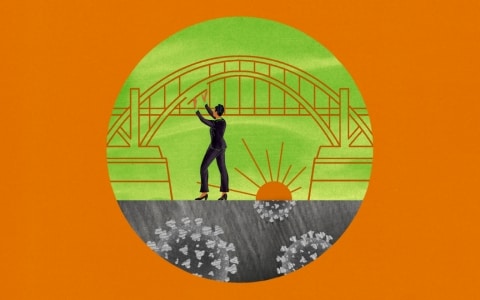 Weekly global economic update has been added to your bookmarks.

Weekly global economic update has been removed from your bookmarks.