Infrastructure: Closing the gap The State Policy Road Map: Solutions for the Journey Ahead

Investment in infrastructure can act as a direct economic stimulus. To succeed, government agencies should enhance decision analytics that can accurately assemble project costs and benefits so the best decisions can be made about new construction and maintenance programs.

Everywhere you look, there are visible signs of America’s deteriorating infrastructure—congested roads, unsafe bridges, aging schools, water and wastewater treatment facilities in need of repair. The list goes on. These problems, in turn, can impose huge costs on society, from lower productivity to reduced competitiveness to an increased number of accidents.

The American Society of Civil Engineers estimates that to meet future demands and to restore the country’s competitive advantage, governments at all levels and the private sector need to increase infrastructure investment from the current 2.5 percent of GDP to 3.5 percent by 2025.1 Failure to adequately invest in infrastructure could cost the economy $4 trillion over the coming decade.2

While there is broad consensus that the nation’s infrastructure needs attention, state leaders lack the resources needed to upgrade their state’s infrastructure. Dwindling federal support and declining gas tax revenues—which are largely earmarked for surface infrastructure—have only exacerbated the resource crunch.3 This situation is particularly critical because in the future, infrastructure may require more built-in technology, such as IoT sensors and so forth. This embedded technology could not only help facilitate these assets’ maintenance, but also enhance the ability to manage their utilization: Think connected vehicles communicating with their surroundings, or variable road pricing to manage congestion.

Many governments are also struggling to use their infrastructure allocations wisely, sometimes choosing low-return projects, and often failing to deliver projects on time and on budget. Nine out of ten major projects have budget overruns, with costs commonly reaching 50–100 percent above initial estimates.4 This not only degrades the value of each dollar spent, but can also diminish public confidence in the government’s ability to be a good steward of tax dollars earmarked for infrastructure. This, consequently, may lead taxpayers to become less inclined to support increased funding measures.

Issue by the numbers: Infrastructure

Articulate the importance of infrastructure investment to voters

Politically speaking, infrastructure, unlike schools or human services programs, lacks a concentrated constituency—which can make public investment in this area a difficult sell. Yet there are compelling reasons to invest in infrastructure that should be articulated to constituents because of what is at stake for both the local and national economy. Investment in infrastructure can act as a direct economic stimulus. Such investments could boost the economy in other ways as well—by attracting and retaining business and talent. At the national level, broad infrastructure investment would modernize the foundation of the US economy and could help the country keep pace with foreign competitors.

Select the right portfolio of projects

Agencies should implement better decision analytics that can accurately assemble project costs and benefits so that the best decisions can be made about new construction and maintenance programs. Old methods of allocating resources equally or formulaically can result in inefficient deployment.

Developing life cycle cost estimates that take account of all the costs involved over the life of an asset, which is now only a Government Accountability Office (GAO) requirement for federal investments, should become a routine part of all capital projects. Agencies should only build what they can maintain, and they need to design projects with full life cycle costs in mind.

A capital investment framework can be a powerful and transparent approach to overcome political interests, focus on critical priorities, and balance the overall portfolio of projects—particularly when there are competing priorities between rehabilitating existing infrastructure and investing for economic growth.

Use analytics to improve on-time and on-budget performance

Large capital projects can be a project management headache. Repetitive reporting, multiple data systems, unprioritized and unorganized data, largely paper-based reporting, and lack of system connectivity all can make it difficult for construction owners to gauge risks to on-time and on-budget performance across their portfolio of projects.

Agencies should turn all this data into insights so they can better manage their construction portfolio. A predictive analytics platform that aggregates relevant data across systems, processes key performance metrics, and senses project risk and performance could allow government agencies to identify and mitigate potential issues, and quickly report anomalies to leadership.

If state governments want to pursue their infrastructure goals, the central question they may want to answer is not whether or not to partner with the private sector in infrastructure projects, but perhaps how to optimally leverage such partnerships to attain their goals and maximize public value.

Creating an action plan for leveraging PPPs can foster a successful relationship between state governments and the private sector. Some of the strategies to consider that could be foundational for creating a balanced program to incorporate PPPs include:

Several criteria should be considered when determining how to finance new infrastructure projects. Two key factors are the level of urgency and current availability of funds. For example, if the infrastructure needs are not immediate and funds are available over time to make a new capital investment, then the pay-as-you-go model may be a good option. Key questions policymakers should consider include:10

Built in the 1920s, the James F. Oyster Bilingual Elementary School was on its last legs by the early 1990s. The school’s strong academic record stood in contrast to a structural crisis—leaking roofs, building code violations and accompanying shutdowns, lack of computer hookups, and limited space. The District of Columbia had neither the $11 million required to build a new school, nor the borrowing power to raise funds from other sources. The district had to make a hard decision—either shut down the decrepit building and relocate students, or find another way to bring the school up to code.

What the district lacked in financial assets, it made up for in physical assets. The school sat on 1.67 acres of prime real estate within walking distance of the Smithsonian National Zoo. The district converted its underused physical assets into a financial asset by dividing the property, half for a new school and half for a new apartment building—both designed and built by the private sector. The private sector entity that partnered the development was given the operation and maintenance rights for the new apartment building, and in exchange, the district got its first new school in 20 years—a state-of-the-art facility with double the space. The bond issue that financed construction is backed by the incremental revenue generated by the project, which consists of the taxes and other payments that the private partner generated from the operation of the apartment building.12

The city of Phoenix, Arizona, saved an estimated $30 million by partnering with the private sector to design, build, and operate a new water treatment plant.13 Similarly, the Commonwealth of Pennsylvania used an innovative approach for clearing backlogs in bridge repairs. By bundling 558 small bridges into a single procurement to achieve economies of scale, the commonwealth expects to be able to get the private sector to repair and maintain the bridges for 25 years at 20 percent cost savings.14

With limited budgets, selecting the right portfolio of infrastructure projects—one that yields the highest return on investment (ROI)—can be critical. To streamline the selection process for its transit projects, the Metropolitan Transit Commission (MTC) in California’s Bay Area created a performance-based planning process to provide data-driven insights on which projects to fund. The evaluation was based on whether the proposed project’s benefits outweighed its costs and on how it performed on what the MTC calls the “Three Es” of economy, environment, and equity.15 The MTC performed a detailed assessment of around 700 projects and was able to narrow the list down to 500 that yielded the highest ROI and scored highest on other priority parameters.16

Avi Schwartz is a principal in Deloitte Advisory and leads the Infrastructure and Capital Projects practice for government. He is based in New York.

Mark Blumkin is a director in the Engineering & Construction Consulting practice of Deloitte Transactions and Business Analytics LLP. He is based in New York. 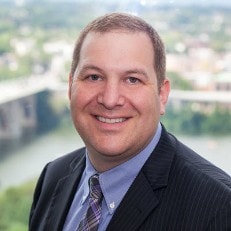 Avi is a Risk & Financial Advisory principal in Deloitte Transactions and Business Analytics LLP and leads the Infrastructure and Capital Projects practice for Government & Public Services. He has more than 20 years of experience working in the construction industry and advising owners of major capital construction projects. He routinely conducts management and financial controls assessments of significant capital projects with a goal of improving performance and mitigating strategic and operational risks. While his clients have included a range of Fortune 500 companies, Avi maintains a special focus on large-scale public sector construction and infrastructure projects, integrating leading practices from public, private, and global entities so that public sector projects can be built better.

Infrastructure: Closing the gap has been saved

Infrastructure: Closing the gap has been removed