Under Japanese tax law, capital gains are fully taxable at the corporate shareholder level, while certain qualified dividends are tax-exempt. To mitigate potential double taxation, corporate shareholders often choose to “strip” the retained earnings of subsidiaries by paying tax-exempt dividends prior to share transfers to reduce the share value and capital gain. However, as a result of new anti-dividend stripping rules introduced as part of Japan’s 2020 tax reform, such dividend stripping may no longer be feasible. Under certain conditions, the tax basis of the shares in the hands of the corporate shareholders must be reduced by the tax-exempt portion of dividends paid, thus nullifying the benefit of paying the dividends.

This newsletter provides an overview of the newly introduced anti-dividend stripping rules and their potential impact on inbound M&A transactions.

A corporate shareholder can exclude from its taxable income dividends received from a Japanese corporation, with the excluded amount determined based on the length and percentage of ownership of the Japanese corporation paying the dividend. In the case of dividends received from a foreign corporation, a company generally can exclude 95% of the dividend amount from its taxable income, if applicable ownership period and ownership percentage requirements are met.

Japanese tax law also contains anti-dividend stripping rules meant to prevent companies from realizing capital losses by turning off the dividend exemption. Prior to the 2020 tax reform, however, the rules only applied in limited situations where a corporate shareholder acquired shares of a Japanese corporation within two months prior to the record date of the dividends and transferred the shares within one month following the record date. Thus, to the extent companies were not subject to these provisions, fully taxable capital gains could be recharacterized as tax-exempt dividends.

However, there are exceptions for dividends that are:

In addition, under a deminimus provision, the anti-dividend stripping rules will not apply if the Specified Dividend Amount is less than JPY 20 million.

Below is an abbreviated illustration of how these new rules impact a common acquisition scenario where a Japanese target company (JP Target) buys back its own shares before the Japanese corporate shareholder (JP Co) sells its shares in JP Target. 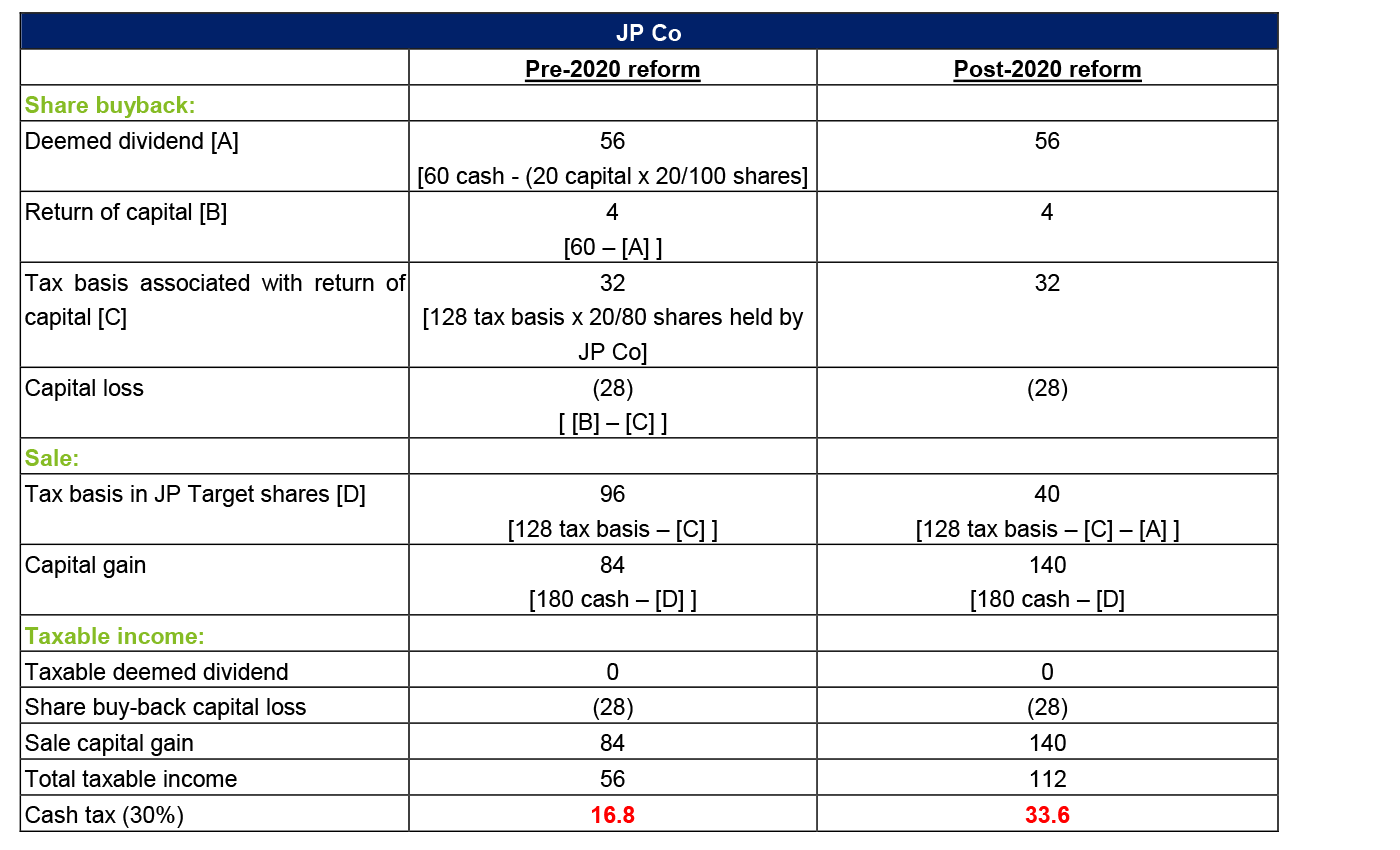 *3 “Controlling Relationship” refers to a relationship in which one party (together with certain related parties) directly and/or indirectly owns more than 50% of the shares or certain voting interests in another corporation.

Certified Public Tax Accountant Koichi is a Tax Partner with more than 20 years including overseas assignment in New York for two years. He specialized in M&A and cross-border/international tax advice... More