Rising above the noise

Despite the global gyrations that CFOs have dealt with in recent months, there are multiple signs of optimism in the Q4 2016 edition of Global CFO Signals.

How does CFO sentiment in Q4 2016 break down? What follows is a synopsis by region:

*All numbers in the North American survey with asterisks are averages that have been adjusted to eliminate the effects of stark outliers.

Rising above the noise

Despite the global gyrations that CFOs have dealt with in recent months—particularly the Brexit vote in the UK, the victory of Donald Trump as US president, and uncertainty regarding global trade—there are multiple signs of optimism in the Q4 2016 edition of Global CFO Signals.

In fact, in the nine surveys included, many CFOs voice positive outlooks about their financial prospects, their key metrics, and in many cases their countries’ economic outlooks. In the UK, for example, the resilience of the economy after the Brexit vote has CFOs entering 2017 in better spirits than at any time in the last 18 months. In North America, where the survey opened the day after the presidential election, net optimism rose from last quarter’s +19.7 to +23.4 (slightly above its two-year average), despite overriding uncertainty about future government policy. And in Australia, where uncertainty is at record levels, the survey entered its fourth consecutive year of net positive optimism.

“The lesson here,” says Ian Stewart, chief economist, Deloitte UK, and a member of Deloitte’s Global Economists Network, is that “political shocks and upsets do not necessarily have huge economic effects.” Moreover, the geopolitical noise may actually be clouding certain success stories. In Europe, for example, where Stewart points to an evolving recovery, “perceptions are being skewed by politics.”

That does not mean CFOs have not taken notice of the major changes afoot. At the time of the survey, Australian CFOs were taking the US election result in their stride, with 53% foreseeing a Trump presidency as having little-to-no impact on their companies in the short run, but 33% citing long-term risks. In the UK, CFOs expect Brexit to negatively impact capital spending (35%), hiring (39%), and discretionary spending (51%) over the next three years. In addition, 27% of Switzerland’s CFOs already cite commercial reforms and protectionism in other countries, including the United States, as having negative impacts on the financial success of their businesses.

Still, CFOs seem to expect their companies to block out the noise and deliver solid results. In Central Europe, for example, 71% of CFOs expect their company revenues to grow during 2017, 75% expect operating margins to improve or stay the same, and 42% expect their workforces to grow. In Japan, 69% of CFOs are forecasting increased earnings, and revenues are expected to tick up in Belgium (84%), the Netherlands (70%), and Switzerland (62%).

Such positive prospects are encouraging in a world with so many unknowns, particularly concerning trade and the future of globalization. “That is why it will be interesting to see the change in sentiment over time,” says Patricia Buckley, managing director, Economic Policy and Analysis, Deloitte Services LP, adding that one thing that is clear for CFOs is that “scenario planning has become much, much tougher.” 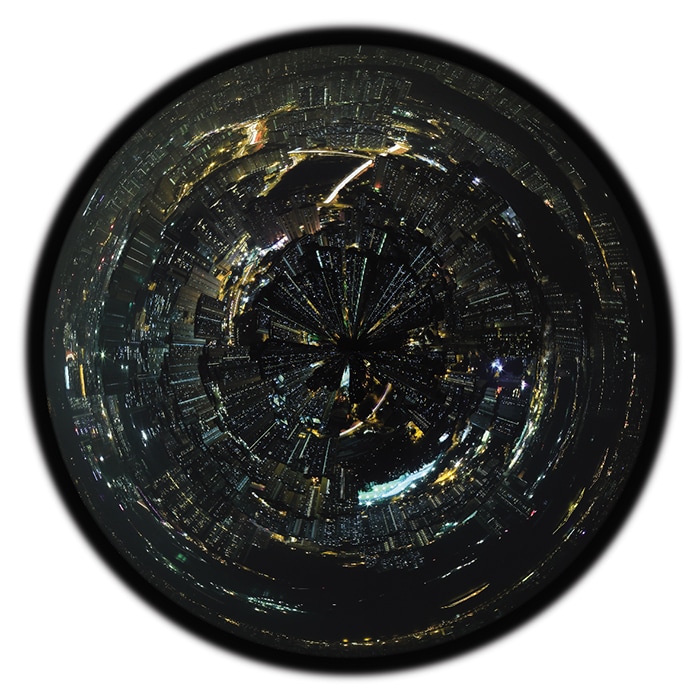 All eyes were definitely on the new Trump administration this quarter. Yet, while North American CFOs voiced concern about the lack of clarity around government policy, 43% of them expressed rising optimism (up from 35% last quarter), and 20% cited declining optimism (up from 16%). Their year-over-year operating expectations remain muted, but CFOs are firmly biased toward revenue growth and investing cash. They are also bullish toward economic growth in the US, but split on Canada’s prospects (only 14% of Canadian CFOs say Canada’s economy will improve), and negative toward Mexico’s (where 0% of Mexican CFOs expect improvement in that economy). It should be noted, however, that the strong levels of pessimism regarding Mexico’s economy may have been an initial reaction to the election—and subsequently spurred a more aggressive corporate stance, says Andres Garza, economic analysis leader, Deloitte Mexico. He points to recent spikes in Mexican export volumes to both the US and the rest of the world, as well as an appreciation of the peso of around 6% since President Trump took office, saying it may reflect the realization that “if changes are made to trade policy, they will take time.”

For the two countries reporting in Asia-Pacific—Australia and Japan—there are upbeat signs for the future. In Japan, for example, 27% of surveyed CFOs indicate that they are “somewhat positive” about their companies’ financial prospects, the highest level in that survey. As for plausible risk scenarios, though, most CFOs believe the Trump administration’s policies may impact diplomatic and trade arrangements and are concerned about the “clear signs of protectionism.” Meanwhile, in Australia, where CFOs rank the current level of uncertainty the highest in the eight-year history of the survey, they are still strongly optimistic, buoyed by historically low interest rates and a lower Australian dollar, as well as by the shift of economic activity away from mining states in the north and west to retail and housing markets in the east. Barring unforeseen events, the economic outlook for 2017 is one of relative strength, with Australia poised to break the record—currently held by the Netherlands—and enter its 26th consecutive year of economic growth.

Finally, in Europe, the initial shock of Brexit seems to have worn off and left CFOs breathing a sigh of relief. In the UK, the resiliency of the economy in the wake of the vote has left CFOs markedly more positive on the outlook for their own businesses—although 66% of CFOs expect that leaving the EU will be negative for the overall business environment in the long-term. In Belgium, optimism is at positive levels last seen in 2014, and expansionary strategies are the top priority for 62% of companies. For the seventh successive quarter, Swiss CFOs’ views of the country’s economic prospects have improved (50%), and 64% voice optimism about their companies’ financial prospects. Russian CFOs are also cautiously optimistic, with 36% reporting positive outlooks for their companies. And across Central Europe, CFOs have been emboldened by increasing GDP rates and lower unemployment.
Going forward, the Deloitte economists interviewed expect that there may be more geopolitical surprises in store. For CFOs and for companies, says Stewart, this necessitates “recognizing the risks and measuring them, but not to be completely driven by them.” 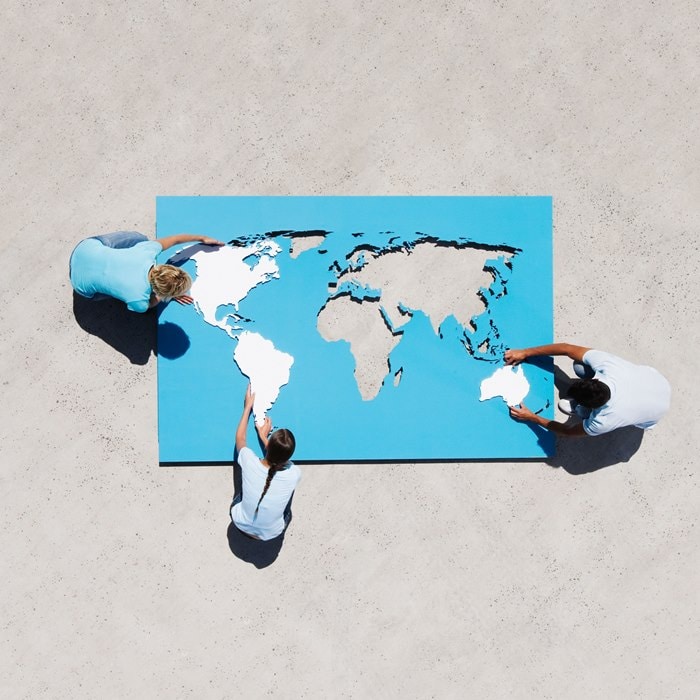 Companies’ risk appetite further underscores CFOs’ improving optimism for some countries. In the Netherlands, some 40% of CFOs say now is a good time to take greater risk onto their balance sheet—a recovery of 800 basis points from last quarter. Likewise, in Belgium, the percentage has improved to 39% from 23% in Q2 2016. But in the UK, the impact of Brexit continues to weigh heavily, with only 21% of CFOs saying now is a good time to take on risk. Similarly, 54% of Australia’s CFOs do not think it’s time to add risk, and neither do 65% of Central Europe’s CFOs.

Despite the risks facing them, some CFOs see moderation with respect to uncertainty. In Switzerland, 58% of CFOs rate the level of external financial and economic uncertainty as high (down from 63% last quarter), as do 51% of Russian CFOs (down from 72%), and 44% of Belgium’s CFOs (down from 50%). Uncertainty in Japan rose sharply, with the proportion of CFOs citing “high” or “very high” uncertainty rising to 80% from 56% in Q3, as did uncertainty in Australia, where 78% of CFOs put it between “above normal” and “very high”—a survey record.

In North America, this quarter’s 3.7% expectation for year-over-year revenue growth is down from last quarter’s 4.2%, and near the survey low. Elsewhere, CFOs are more upbeat about revenue increases, particularly in Belgium (where 84% expect an increase), Central Europe (71%), the Netherlands (70%), and Switzerland (62%). In line with increased optimism, 69% percent of Japanese CFOs expect an increase in earnings. Yet, in the UK where capital expenditure and discretionary spending expectations are up, on balance CFOs still expect to decrease spending.

As for hiring, the outlook among the European companies reporting remains relatively positive. Forty-two percent of Central Europe’s CFOs expect to hire over the next 12 months, as do 40% of CFOs in the Netherlands, 35% of Belgium’s CFOs, and 24% of Russia’s CFOs. Some 39% of the UK’s CFOs think hiring will decrease because of Brexit, but that is down from 66% in Q2 right after the vote. In North America, however, this quarter’s domestic hiring growth expectation fell to 1.3% from 2.3% the previous quarter and is slightly below its two-year average.

Signs of expansion emerge this quarter. In line with growth ambitions and increases in capital expenditure, 62% of Belgium’s CFOs report their strategic priority is expansion rather than defensive strategies. In North America, about 45% of CFOs say they are biased toward revenue growth (one of the highest levels in survey history), while only 31% claim a bias toward cost reduction (one of the lowest). And 59% of CFOs across Central Europe expect M&A activity to increase. Yet, there is still plenty of caution. UK CFOs entered 2017 focused on reducing costs (45%) and increasing cash flow (41%) as their top priorities, and in Russia, four of the top five strategies cited were defensive.

Monetary policy remains accommodating, but CFOs expect interest rate hikes. Some 85% of Belgium’s CFOs expect the ECB to raise rates this year, which may be why 81% point to internal financing for growth. In Australia, 42% of CFOs believe that rates will rise in a year’s time (compared with 48% who thought they’d be lower in the last survey), and in the UK, 61% of CFOs believe the Bank of England’s base rate will be above its current level of 0.25% in a year’s time. Nearly 70% of their counterparts in North America expect interest rates to rise above 0.5% in 2017.