US government debt Behind the Numbers, January 2014

Markets have been more than willing to invest in the US government, as evidenced by record-low interest rates. But how long can this continue?

Recent years have seen large US federal deficits and as a result, a large increase in public holdings of government debt—both in dollars and relative to GDP. “Debt to GDP” is actually the more important of the two measures because it reflects the changing ability of the government to generate revenue in order to repay its debt. However, irrespective of the measure considered, US debt increases may be on an unsustainable path. 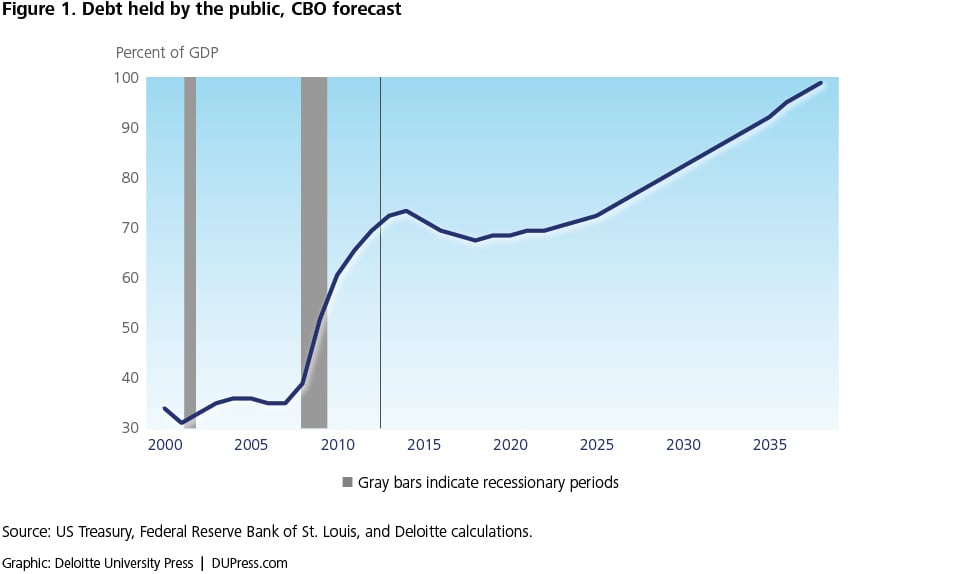 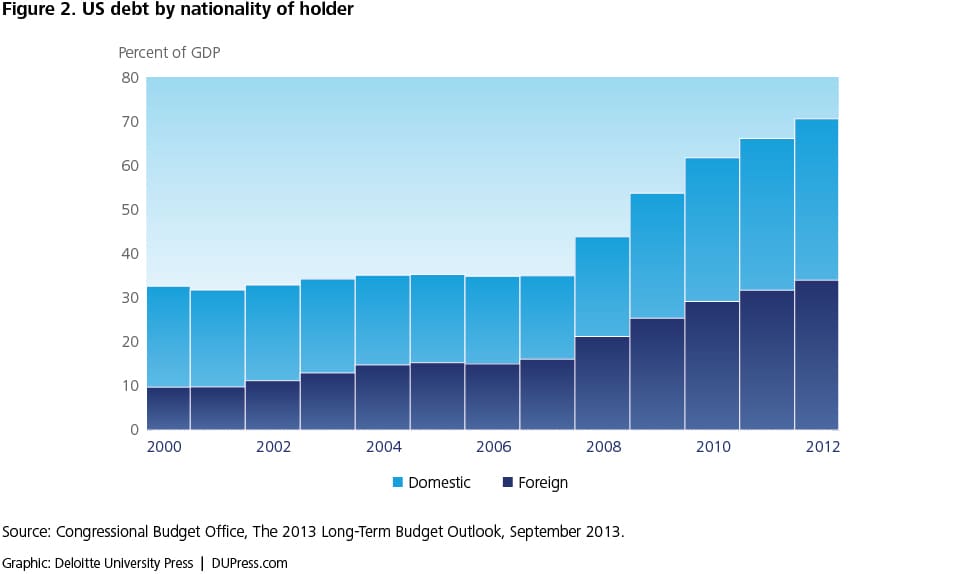 Because of economic problems elsewhere in the world—including, most particularly, the Eurozone—the United States has been able to continue to attract investors from around the world, even while providing very low rates of return. This state of affairs is highly unlikely to be permanent. Potential recovery in the Eurozone and the increasing size of the US debt will likely require the United States to provide higher rates of return to attract investors to finance our debt. The CBO estimates that interest payments alone will rise from the current level of 1.3 percent of GDP to 4.9 percent of GDP by 2038 as interest rates return to normal and US debt continues to grow. This could become worse if the ability of the US government to repay its debt is questioned by international investors that start requiring a higher premium on US debt.

US government debt has been saved

US government debt has been removed