Services, with their rising importance in the global economy alongside manufacturing, are becoming more vital in many countries’ economic growth.

It took centuries for the world’s economies to shift from agriculture to manufacturing, but the rise of the services sector is occurring more quickly. The world is in the midst of a radical shift, with the share of total output—world GDP—accounted for by services experiencing a sharp increase in almost all countries.1 Indeed, a few countries, such as India and Sri Lanka, have broken the historical convention by heading straight to services without developing a significant manufacturing sector at all.2 This growth in services has likely transformed not only the composition of the world’s economic production and employment, but potentially global trading patterns over the past few decades.

The relationship between services growth and overall economic growth has become stronger in the past two decades as services’ average contribution to GDP and value added has increased. In 2015, services’ value added accounted for 74 percent of GDP in high-income countries, up from 69 percent in 1997. The contribution of services’ value added to GDP was higher in the United States than among its peer high-income nations. The increase in services’ share of GDP was even more prominent in low- and middle-income countries, where it jumped to 57 percent in 2015 from 48 percent in 1997 (figure 1). With services contributing more to output, the corresponding contributions of industry and agriculture to GDP declined; the share of manufacturing fell the most during this period.3

A country-wise analysis of services’ contribution to total value added yields similar findings. Except in a few major developing nations such as Indonesia, China, and India, the services sector contributed over 60 percent of total value added in 2017 in all major economies (figure 2). With the Asia Pacific Economic Cooperation (APEC) forum4 and the Association of South East Asian Nations (ASEAN)5 renewing their focus on the importance of a competitive services agenda to realize overall growth and development across their respective regions, the services sector in these economies too will likely join the 60-plus-percent club soon.

Services: Growing in importance in the United States as well

In the United States, in 2017, value added in the services-producing industries accounted for 78.9 percent of total value added, amounting to US$13.1 trillion, and 86.3 percent of total private employment, representing 124 million employees.7 As shown in figure 3, the categories of service activities are wide-ranging, including everything from education and health care services to professional business services.*

With the rise of the services sector across economies, the world’s trade structure too has been changing.8 Services today comprise a growing proportion of nations’ trade baskets, with varying impacts on their current account balance. Considering the dollar value of exports, manufactured goods exports remain the largest category at US$11.6 trillion, but agricultural products and services have been the fastest-growing (5.3 percent and 5.1 percent per year, respectively) between 2006 and 2016 (figure 4). Manufacturing exports grew by only 3.2 percent per year over the same period. Due to lower fuel prices in the later part of the period—an average of US$43.29 per barrel in 2016 compared to US$66.05 per barrel in 2006—the dollar value of fuels and mining exports dropped between 2006 and 2016.9

The share of services exports in the world’s total goods and services exports increased from 17 percent in 1980 to more than 24 percent by 2016, while its share in world GDP increased from 3.7 percent to 6.5 percent during the same period (figure 5). A surplus in services trade is the reason that a few countries, such as Iceland, Lithuania, and New Zealand, have a current account surplus (New Zealand has a surplus in the current account net of primary income)—their services surplus is larger than their goods deficit.10 In other countries, such as the United States, the trade surplus in services helps partially offset the trade deficit in goods, even though the overall balance remains negative.11 Of course, not all countries are running a trade surplus in services. Singapore and Germany are examples of countries that have a negative trade in services balance, even as their trade in goods balance is positive.12

This transition toward trade in services may be reaching its maximum in high-income countries other than the United States, although it is continuing among emerging nations (figure 6). According to World Bank data, the globalization of services has been more significant for developing countries, where services exports are growing much faster than in developed countries; developing countries’ share in world services exports has increased from 12 percent in 1980 to 21 percent in 2016. China is a notable example—a manufacturing powerhouse that has transformed dramatically between 2005 and 2015 to move into services, which contributed over 50 percent of GDP in 2015, up from 40 percent in 2005.13

The composition of trade within the services sector has changed as well since the early 1980s.14 The share of travel and transport in services exports has come down over the past 35 years across countries in all income groups (figure 7). At the same time, high-income nations have been exporting more insurance and financial services, while low- and middle-income countries have focused more on exporting communications and computer services over time. High-income nations have continued to be the largest recipient of the world’s intellectual property (more than 98 percent), even as the marginal share of low- and middle-income countries has fallen since 1982.

The set of charts in figure 8, which gives country/area details on several major services categories, chronicles 14 years of substantial change, including the lessening of US dominance in several categories of services exports. For example, the share of IT services exports contributed by the United States fell from 45 percent in 1990 to 8 percent in 2014, with the United States now behind the Euro area, India, and Ireland in this category. China, not in the top 10 in any category in 1990, broke into the top tier of service exports in transport, travel, information technology, and the “other” category. France fell from being the top financial services exporter in 1990 to eighth place by 2014.

That services trade accounted for a quarter of total world exports on a gross basis understates the services sector’s importance to trade. In fact, when considered on a value-added basis, services trade made up 39.2 percent of world trade in 2011.15

To understand why services trade’s value-added share differs from its gross share in world trade, consider that many traded goods and services are created by combining intermediate inputs of component goods and services, some of which may be imported. As a simple example, a pharmaceutical product produced in country X is a manufactured good that may incorporate intellectual property from country Y (a service) and a plastic bottle from country Z (a good), in addition to the value added in country X itself. However, the standard international system of accounts tracks the flow of both intermediate and final goods and services each time they cross a national border, based on the characterization of the good or service at the time. Therefore, when a good or service crosses a national border for the last time, its total value is attributed to a single industry within that country’s goods or services sector, even though its “production” was a combination of domestic and imported intermediate inputs and a combination of goods and services inputs.

Increasingly, services are being delivered—that is, traded, both within borders and across borders—digitally. This trend will likely continue to increase as more people connect to the internet and trade digitally with the rest of the world. With their increasing tradability and rising importance as inputs to traded goods and services, services are poised to play an increasingly vital role in many countries’ economic growth. We do not minimize the importance of manufacturing to the overall health of the economy, but priorities should also recognize services’ essential role. A healthy services sector is no less necessary for a strong economy than a healthy manufacturing sector. 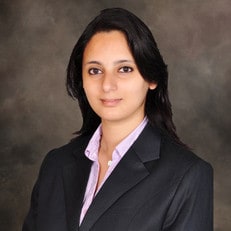 The services powerhouse: Increasingly vital to world economic growth has been saved

The services powerhouse: Increasingly vital to world economic growth has been removed