The future(s) of public higher education

How can US state universities meet growing demands for relevance even as they face a funding squeeze? Here are five innovative ways that stakeholders can collaborate to deliver an effective yet affordable educational experience.

In the not-so-distant future, one way to “go to college” in the United States could be to periodically dip into a state-sponsored university’s educational offerings over the course of a lifetime—paying an annual subscription for the privilege.

This “Subscription University” approach is one of five models for state-supported higher education explored in Deloitte’s report The future(s) of public higher education: How state universities can survive—and thrive—in a new era. These models represent proposed responses to challenges many of today’s public educational institutions face in the United States, including the drastic decline in state funding that has driven unsustainable tuition increases for students; the growing need for lifelong learning as knowledge and skills become obsolete more rapidly; and the demographically driven drop-off in enrollments expected in the next five years.

Each of the five models for public higher education posits innovative ways that state governments, educational institutions, students, and even businesses can work together to create an educational experience that serves students’ needs while remaining accessible and affordable:

While it is unlikely that one model will dominate the next generation of public higher education, new models are sorely needed. Strong institutional and governmental leadership will be critical, as well as a culture that puts student needs at the center of decision-making. Movement toward change will likely require more active state educational system offices that can help define and measure success. New financial models and incentives will also be important: University systems will need to rethink how to allocate revenues and costs, and appropriate incentive structures will need to be developed to inform decisions such as where new positions are added, how space is allocated, and how new ideas and strategic initiatives receive seed funding.

For a deep dive into the possible paths forward for US state universities, download Deloitte’s full report, The future(s) of public higher education: How state universities can survive—and thrive—in a new era.

The authors would like to thank the following individuals for their sizable contributions to the study: Virginia Fraser for her role in reviewing the models and shaping the “Sharing University”; Allan Ludgate for his involvement throughout, including conducting interviews with university leaders and providing input to refine each of the five models; Betty Fleurimond for her detailed input and leadership relating to a panel conversation with university presidents discussing the future of public higher education; Bill Eggers for conducting several interviews and sharpening the models; Tiffany Fishman for scoping and launching the study and for her detailed edits and comments; Tyler Saas for his input and for playing a critical role in project coordination; and Daniel Byler for his support in building a model to analyze the 565 strategic plans.

The Center for 21st Century Universities at Georgia Tech was instrumental in publishing this study and contributed in numerous ways, including conducting interviews, supporting the strategic plan analysis, and analyzing historical state budget information. Thank you to Aaron McDaniel, Robert Kadel, Shaun Staudaher, Alexandr Kochengin, and Brittany Aiello for their contributions.

The authors would like to thank all of the higher education presidents, provosts, board members, and other leaders that generously shared their input and perspectives. Thanks also to Dustin Weeden, formerly of the National Conference of State Legislators, for his input and outreach efforts. 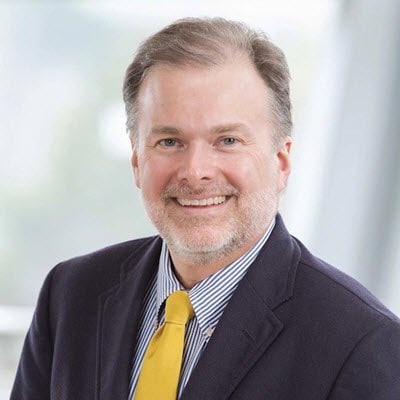 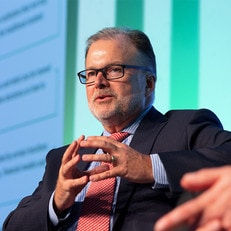 Cole is a managing director within the Higher Education sector at Deloitte Services LP. He has more than 30 years global experience engaging with education and non-profit research organizations, with a focus on the enabling capabilities of technology within the unique culture and context of education and research. In his current role, Cole engages with the higher education community on issues ranging from cost and revenue challenges, administrative modernization, technology transformation, Future of Work, hybrid and online modalities, enterprise risk and resiliency, and the student experience. Cole has participated in research and co-authored several monographs on leadership development and transformation in higher education, including Pathways to the university presidency, Future(s) of public higher education, and The hybrid campus – three major shifts for the post-COVID university. Prior to Deloitte, Cole served as Global Vice President for Education and Research at Oracle Corporation, serving clients across the major functional areas of the academic enterprise, including student lifecycle, HR, and finance. He has also held a variety of education-focused roles with Sun Microsystems, Inc. and Apple, Inc. In addition to the core business functions of the institution, he has experience in areas of the “front office” of higher education including research administration, student engagement, recruitment and retention, and student success. Cole serves on the corporate advisory committee for EDUCAUSE and on the board of trustees of Western Governors University and the Corporation of the Western Governors. 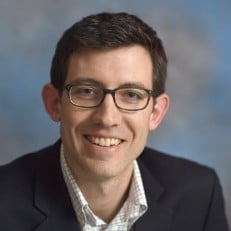 Dave is a senior manager in the Research and Insights group of Deloitte Services LP. He works with governments and universities to better understand and implement emerging technologies and business models that can address their most pressing challenges. Prior to this role, he spent nine years with Deloitte Consulting LLP leading organizational assessment and transformation projects.

The future(s) of public higher education has been saved

The future(s) of public higher education has been removed