A Business Perspective on COP 26 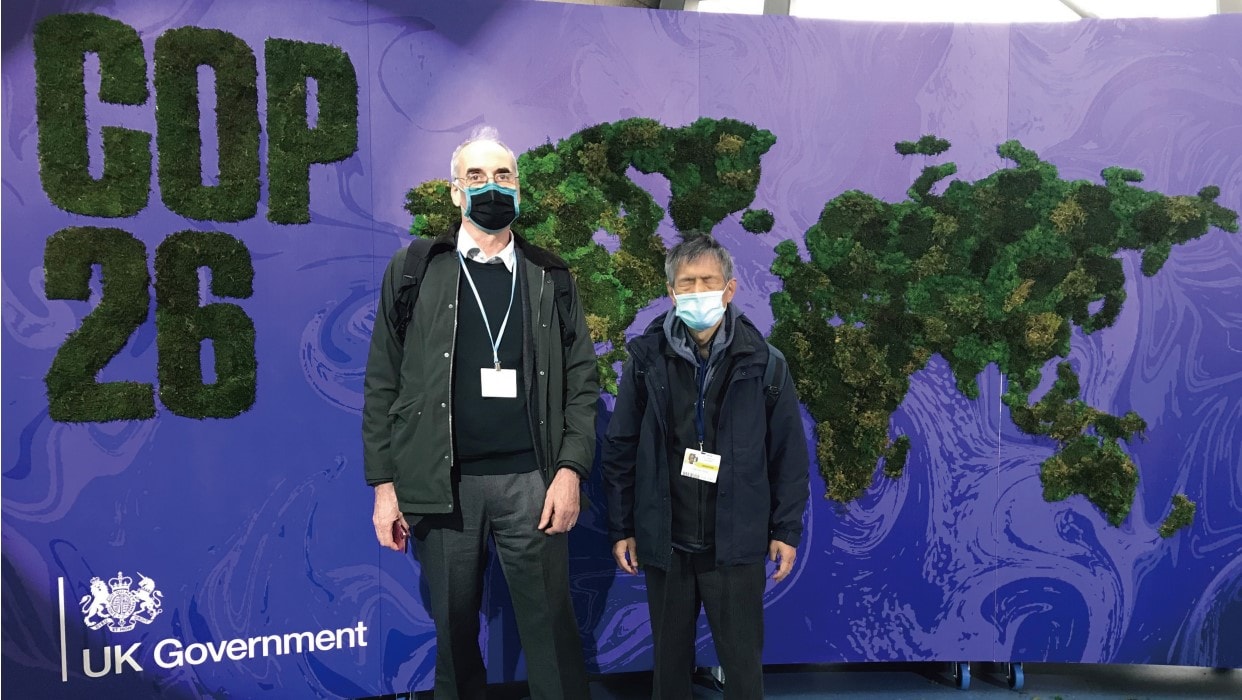 The climate talks in Glasgow, and the final Glasgow Climate Pact1 have received mixed reviews.

If you are a scientist in a research institution or an activist on the Glasgow streets, you may look at the outcomes with incredulity. Greenhouse gas emissions are at record levels and still rising. Even the stuffy International Energy Agency calculates that to achieve 1.5°C we must stop all fossil fuel investment -- NOW. Did delegates not understand what “code red” means?

If you are a geopolitical realist on the other hand,  you  will  see  that  196  countries  have  reached  a  consensus  to  move  forward.  While many important targets were missed or  delayed  at  COP26,  some  important  barriers  to  progress  were  removed.  If  the  conference did rise to new levels, it was in acknowledging  problems,  accepting  the  facts, agreeing that more needs to be done, and agreeing ways to speed up the process.  There is still a long way to go to keep 1.5°C alive, but most nations agree about the path and the destination.

Most  business  executives  are  realists:  they  have learnt to ignore political rhetoric, and respond  only  to  market  signals  and  policy  changes. Below are perhaps the most critical signals  companies  should  address  in  the  boardroom following the talks in Glasgow.

Fossil fuels, particularly coal, have been named as a principle cause of climate change. The world knows the direction of travel is one way – however uneven and painful – away from fossil fuels. The governments of the world have agreed to a consensus document that is finally willing to name the devil.

The governments sitting round the tables in Glasgow have also accepted the scientific evidence that a 1.5°C temperature rise will bring a great deal less chaos than 2°C, and by implication, that the cost-benefit of inaction is far worse than the cost-benefit of action.

More countries than ever have established a date for achieving net-zero emissions. Any government making such promises will need to pass this task on to the business sector. The world’s governments, however, also made it plain they know current commitments are not yet enough to hold temperatures below 1.5°C. It was agreed in Glasgow that countries should come back with stronger climate plans in 2022 rather than wait another five years.

This sends a signal to the business sector that it should prepare for more regulatory and fiscal carrots and sticks to match the increased and accelerated levels of ambition for climate action. Governments will be introducing concrete policy measures to actualize their amorphous long-term targets and these will contain clearer short and medium-term plans covering many sectors of the economy.

Over 25 countries committed to shut off new international finance for fossil fuel projects by the end of 2022. This could shift more than US$24 billion a year of public funds out of fossil fuels and into clean and ecient energy use. Those in the finance sector are unlikely to move into this vacuum. The risks associated with assets stranded in the face of fossil fuel phase down, and greater transparency on any remaining fossil fuel support in their loan and investment portfolios, will become an increasing deterrent.

Financial institutions that signed up Mark Carney’s “Glasgow Financial Alliance for Net Zero” managing vast sums of private capital have also made their direction of travel clear; they will aim for net-zero financed emissions by 2050. That doesn’t mean that the US$130 trillion managed by these insurance, banks, pensions, asset owners and asset managers is on the table right now for green projects. What it means is that these financial institutions are now looking in the mirror, and will start by changing themselves as they move towards changing others.

The finance sector has to make the choice to divest from business that are dependent on coal and other fossil fuel now before the market crumbles. If they gamble on the intransigence of some countries and seek to profit from the uncertainties, they will face a number of what the TCFD has identified as “transitional risks” related to reputation, legal challenges and regulatory hurdles and may find themselves to be laggards in the face of market and technological changes.

COP meetings have also become an arena for announcing climate initiatives that fall outside the formal UN negotiating process but add to the drive to reduce greenhouse gas emissions.

Multilateral agreements were announced in Glasgow relating to cutting methane emissions, preserving forests, hastening the switch to electric vehicles and ending investment in coal. Each of these initiatives bears implications for businesses operating in sectors such as agriculture and food, waste management, property, petrochemicals and the auto industry.

Not all nations, however, signed up to these deals and they do not always include those countries contributing most to the problems they cause. Countries signing up on the agreement to phase out coal, for example, did not include China, India and the United States, which collectively consume about 70 percent of the world’s coal. Nonetheless, there may be momentum and peer pressure from those nations engaged in these initiatives that may lead to more comprehensive pacts. There is also the potential that products from countries not signed up to reduce emissions in their business sector may find market restrictions when selling to nations that are making efforts to change.

To support deforestation reductions, 28 of the largest consumer and producer countries of beef, soy, cocoa and palm oil discussed a roadmap identifying areas of work to tackle the impact of these supply chains on deforestation.

More than 30 countries and six automakers pledged to end sales of internal combustion vehicles by 2040. Unfortunately the list had some significant omissions – including the US, Germany, Japan and China —as well as the two largest automotive companies, Volkswagen and Toyota. But yet again, the initiative signals an irreversible trend.

Buildings received more attention at COP26, and 136 countries now include them in their NDCs, compared to 88 when the Paris deal was signed in 2015. The concepts of embodied carbon and scope three emissions are inescapably on the agenda for construction and property companies. Energy eciency had, surprisingly, never made an appearance in climate agreements until now, but the Glasgow Climate Pact calls on governments to “accelerate the development, deployment and dissemination” of actions including “rapidly scaling up” energy eciency measures. Also important to the construction sector, two further multi- country initiatives announced during COP26 covered cooperation on the development of low-emission steel and cement.

Companies need to decide whether to transform their operations and supply chains in line with these market trends or to try and take advantage of the uneven government policies and play an arbitrage game. The latter will be fraught with risks as almost every business sector and association is establishing industry benchmarks and setting targets that signal alignment with national and international climate targets.

One sea, one sky

COP meetings are no longer just about aspirations, processes and formal decisions. In Glasgow we saw a transition to the implementation of the Paris Climate Agreement.

In a call for clearer climate policies, John Kerry, the U.S. special presidential envoy for climate noted: “Not only are companies ahead of government, but companies understand that their future is tied to having a stable marketplace.” At the same time, widespread youth activism was evident both inside and outside the Glasgow venues. These activities point to one thing: public pressure, voluntary business initiatives; changing market dynamics and consumer preferences will both complement and drive policy and regulatory measures promoting climate action.

For business and finance, COP26 has brought the risks and opportunities stemming from climate change and climate action into clearer focus. The dangers are clear, the angels and demons are there for those that are willing to see.

Common efforts on climate targets serve to remind us that there is a shared body of water surrounding all our countries and above us only one sky.