​How does Deloitte’s current “best case” forecast of recession to recovery compare with what the United States experienced from 2007 to 2009?

In all likelihood, the longest expansion in the history of the United States came to an abrupt end in March 2020. Although the official turning point date will not be identified for many months,1 the massive decline in business activity resulting from the need to impose social or physical distancing measures to slow the spread of disease has caused organizations as varied as law firms, universities, hair salons, and movie theaters to transform into virtual organizations where possible—or, for operations where remote working is not an option, to shut down altogether. The first hint of the disruption’s size came when initial unemployment insurance claims surged to 3.3 million in the United States in the third week in March—a figure equivalent to over 2 percent of February employment. The previous high for initial claims was 695,000 in October 1982. The release noted that the largest increases in claims were in accommodation and food services, but that there were also large increases in health care and social assistance, arts, entertainment and recreation, transportation and warehousing, and manufacturing.2

In Deloitte’s recently released United States economic forecast, all three of our scenarios include a recession for this year.3 This would mark the beginning of the 12th recession since 1945. On average, recessions over this period have lasted 11.1 months, while expansions have lasted 58.4 months.4 While the specific duration of the unfolding health and economic crisis is uncertain, our baseline scenario has this unfolding recession being shorter than average, lasting seven months. However, we are also projecting that it will be so deep that the recession of 2007–2009 will lose its standing as the “Great Recession.” Even in our most “optimistic” scenario, our forecast has the economy contracting this year at more than three times the rate of contraction in 2009, the worst year of the past financial crisis. On the other hand, even with the immediate outlook being dire, there is a real possibility that the recovery could be swift due to the unique nature of the current situation and policy actions being undertaken to preserve the economic viability of households and businesses during this crisis.

Although the current situation is significantly different from the financial crisis, comparing our current forecast of recession to recovery with the policy responses and the actual experience of recession to recovery from 2007 to 2009 can provide a point of reference to businesses contemplating how to navigate the rough times ahead and position themselves for the eventual return to an expanding economy.

The evolution of and policy response to the financial crisis

Here is how the US Department of the Treasury describes the beginning of the financial crisis that sparked the Great Recession:

“The crisis began in the summer of 2007 and gradually increased in intensity and momentum the following year. A series of major financial institutions … failed. Then, on September 15, 2008, Lehman Brothers filed for bankruptcy. As Lehman fell, the remaining major investment banking firms in the United States teetered on the edge of collapse as their funding sources were squeezed.

Many major financial institutions were threatened, and they tried to shore up their balance sheets by shedding risky assets and hoarding cash. The day after Lehman fell, the stock market dropped 500 points, and there were signs of a generalized run on America’s financial system.

Beginning in 2007, the Treasury Department, the Federal Reserve (Fed), the Federal Deposit Insurance Corporation (FDIC), and other US federal government agencies undertook a series of emergency actions to prevent a collapse of the country's financial system and the dangers that would pose to consumers, businesses, and the broader economy.5”

Throughout 2008 and into 2009, the Treasury, Fed, and FDIC put in place a series of emergency programs to stabilize the financial sector and the economy, including purchases of mortgage-backed securities (quantitative easing), a collection of guarantees of accounts at banks and money market funds, liquidity facilities, and support for Fannie Mae and Freddie Mac.6 In addition, three major legislative actions taken at the end of the Bush and the beginning of the Obama administration complemented the tools that the Treasury, Fed, and FDIC were employing:

The evolution of and policy response to the COVID-19 crisis

The current COVID-19 crisis hit when the US economy was growing at a moderate pace and had strong labor market fundamentals in place. Largely on the strength of slowing employment due to demographic shifts, as of the fourth quarter of 2019, Deloitte was forecasting that the US economy would grow by 1.6 percent in 2020—a decline from 2019’s 2.3 percent growth, but still growth. However, compared to the slow unraveling of the financial system that started in summer 2007 and culminated in Lehman Brothers’ bankruptcy in September 2008, it took only two months for the 2020 outlook to shift from a position where we rated the probability of recession at only 25 percent to placing it at 100 percent. 11

COVID-19’s speed of spread in the United States and the rapid economic dislocation resulting from shelter-in-place policies caused policymakers at the Fed and in Congress to react with uncharacteristic speed. On March 15, the Fed announced that it was “prepared to use its full range of tools to support the flow of credit to households and businesses.” The Fed started by lowering the target range for the federal funds rate to 0 to 1/4 percent, increasing its holdings of Treasuries and mortgage-backed securities, expanding its overnight and term repurchase agreement operations, encouraging banks to use the discount window, expanding intraday credit, encouraging banks to use their capital and liquidity buffers, and—in coordination with other central banks—enhancing liquidity via the US dollar liquidity swap line arrangements. It then progressed to opening multiple loan and direct funding facilities to provide liquidity to consumers, small and large employers, commercial paper markets, money market funds, and states and municipalities. Between March 15 and March 27, the Fed issued 27 individual press releases describing new efforts focused on providing liquidity and other support, including regulatory relief.12

In the same month, Congress was able to pass and have signed into law three pieces of COVID-19 relief legislation:

Where do we go from here?

To give some perspective as to how the current recession could play out, figure 1 provides a side-by-side comparison of a few key variables in our current baseline (and, coincidentally, best-case) COVID-19 recession scenario with what occurred during the financial crisis recession. In the year leading up to each recession, growth was in the moderate-to-strong range. Business investment was particularly strong leading up to the start of the financial crisis recession in December 2007.

Even though the economic impact of the COVID-19 outbreak did not begin to be felt until March, it is likely of sufficient size to turn growth for the entire first quarter negative. The worst impacts of the COVID-19 recession on GDP growth in this scenario would be felt in the second quarter, with the economy contracting at an annualized rate of 29.9 percent. For comparison, the worst quarter of the financial crisis recession (formerly known as the Great Recession), Q4 2008, saw a contraction of only 8.4 percent. The large decline in business investment in the first quarter of 2020 was largely due to the plunge in oil prices causing a reduction in oil and gas investment rather than the onset of recession. However, in our scenario, the massive magnitude of the economic slowdown in the second quarter would cause an even larger contraction in business investment unlike anything experienced during the financial crisis. Since most of the employment impact came in the second half of March, after the US Bureau of Labor surveys occurred, employment growth for the first quarter remains positive. After that, however, job losses will rapidly accumulate, causing personal consumption expenditures to take a large hit in the second quarter.

In this scenario, we are forecasting that after three quarters of recession, growth would resume in the fourth quarter and pick up strength through 2021 into 2022. The financial crisis lasted much longer, with GDP contracting in five out of six quarters in 2008 to mid-2009. The following recovery was also much more modest: GDP in 2010 and 2011 grew by only 2.6 and 1.6 percent, respectively. 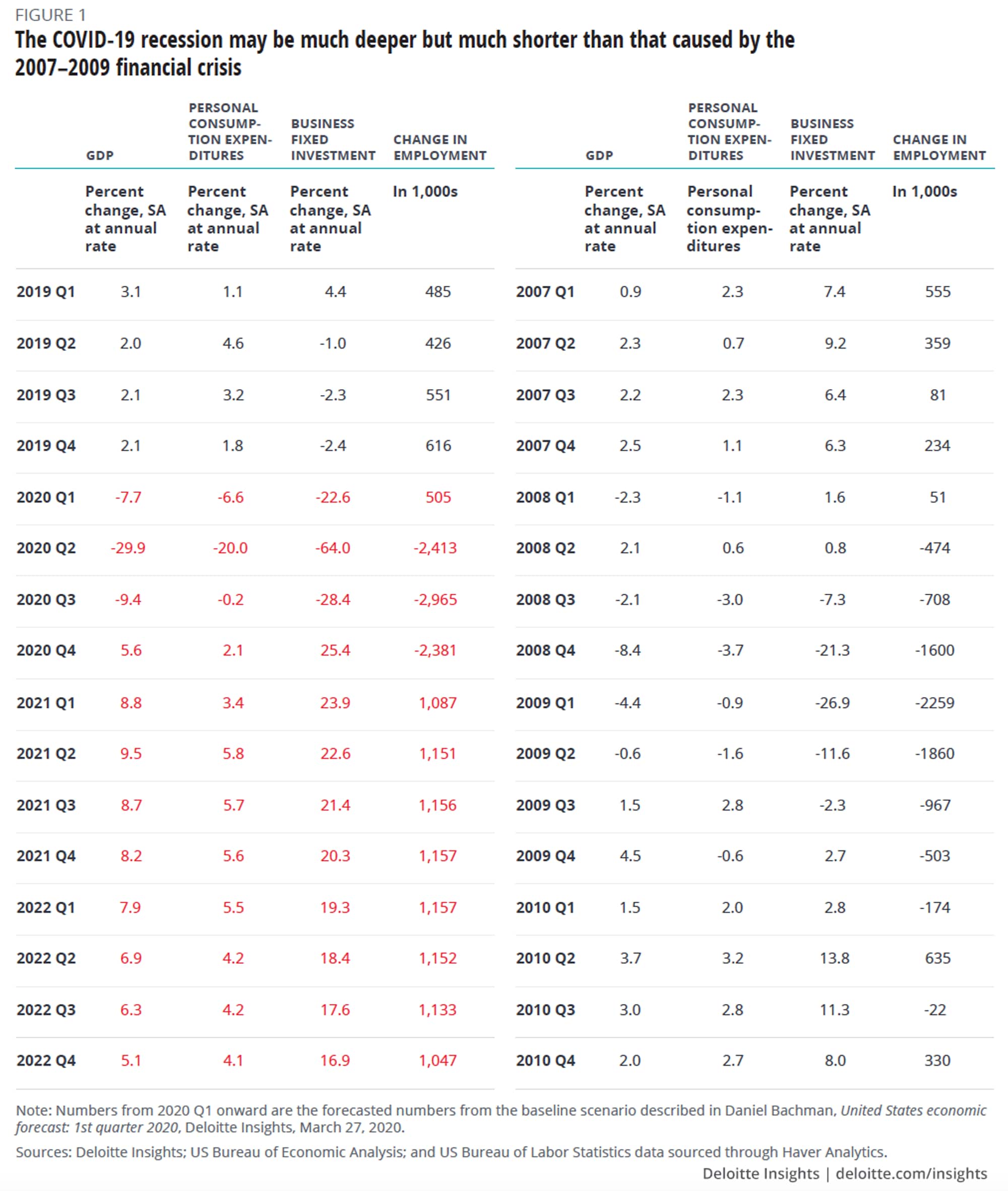 Figure 1 details aspects of our “best case” scenario, grim in the near term but with a rapid recovery. The speedy recovery assumes that most employers survive the downturn, that those that were closed can bounce back rapidly once they are able to reopen, and that damage to supply chains is not lasting. It also assumes that the actions taken by the Fed and Congress are successful in mitigating the worst of the slowdown. All of these are needed to set the stage for the recovery of jobs.

The other two scenarios in the US economic forecast are worse. In one, the recession is much deeper and longer, and it is combined with a financial crisis; under this scenario, growth does not return until mid-2021. In the other scenario, sporadic outbreaks of the disease continue for about two years, hampering attempts to recover.

However, even in the two “worse case” scenarios, growth will eventually return. So even as businesses are focusing on their downturn planning, thought must be given to how they will emerge on the other side. This is particularly true if our baseline forecast for rapid recovery turns out to be close to reality: Businesses will need to be positioned to take advantage of the fast shift in economic fortunes. 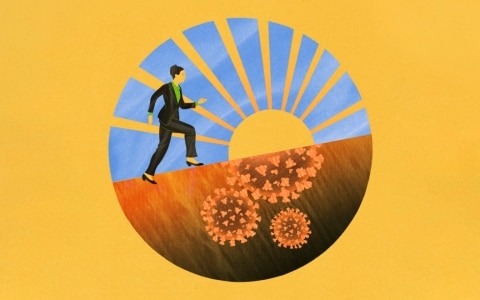 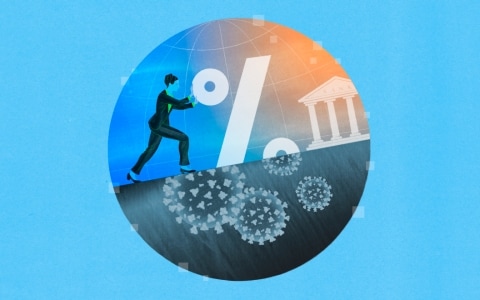