Organizational performance: It's a team sport

Hierarchies are being displaced by teams at organizations across industries and geographies. How can senior leaders, HR departments, and rank-and-file workers get teaming “right”?

One of the fundamental changes in business today is the steady shift away from hierarchical models of management. Over the past few years, the terms “digital,” “agile,” and “network” have become commonplace. In our 2017 Global Human Capital Trends survey, “building the organization of the future” was the No. 1 trend respondents identified, with 88 percent viewing it as important or very important. Eight percent of this year’s survey respondents told us they now operate almost wholly in teams, with another 23 percent saying that most work is done in teams within a hierarchical framework (figure 1). And 65 percent of our respondents rated the ability to lead through influence as a requirement for 21st-century leadership, building management models around persuasion. 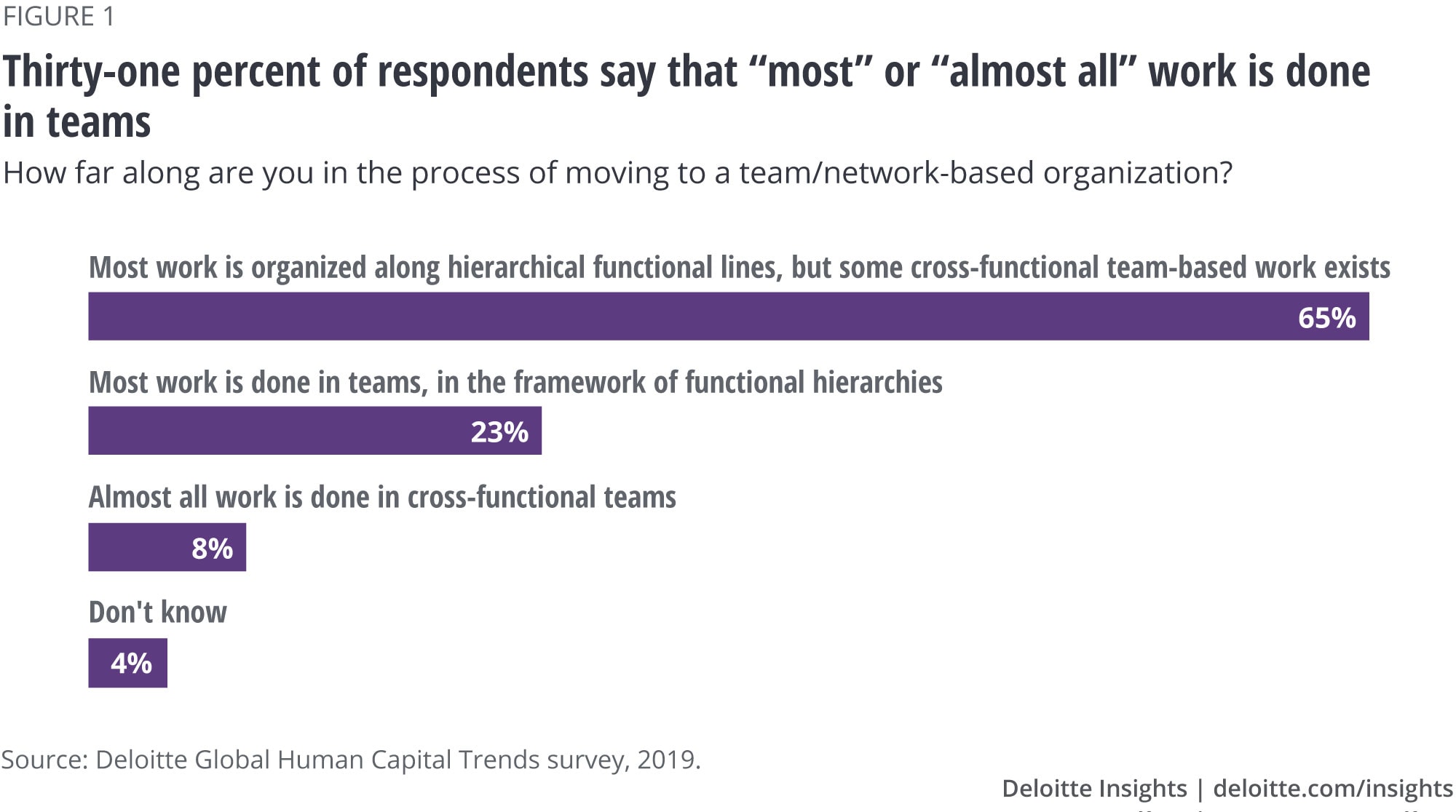 Teams and performance: A proven link 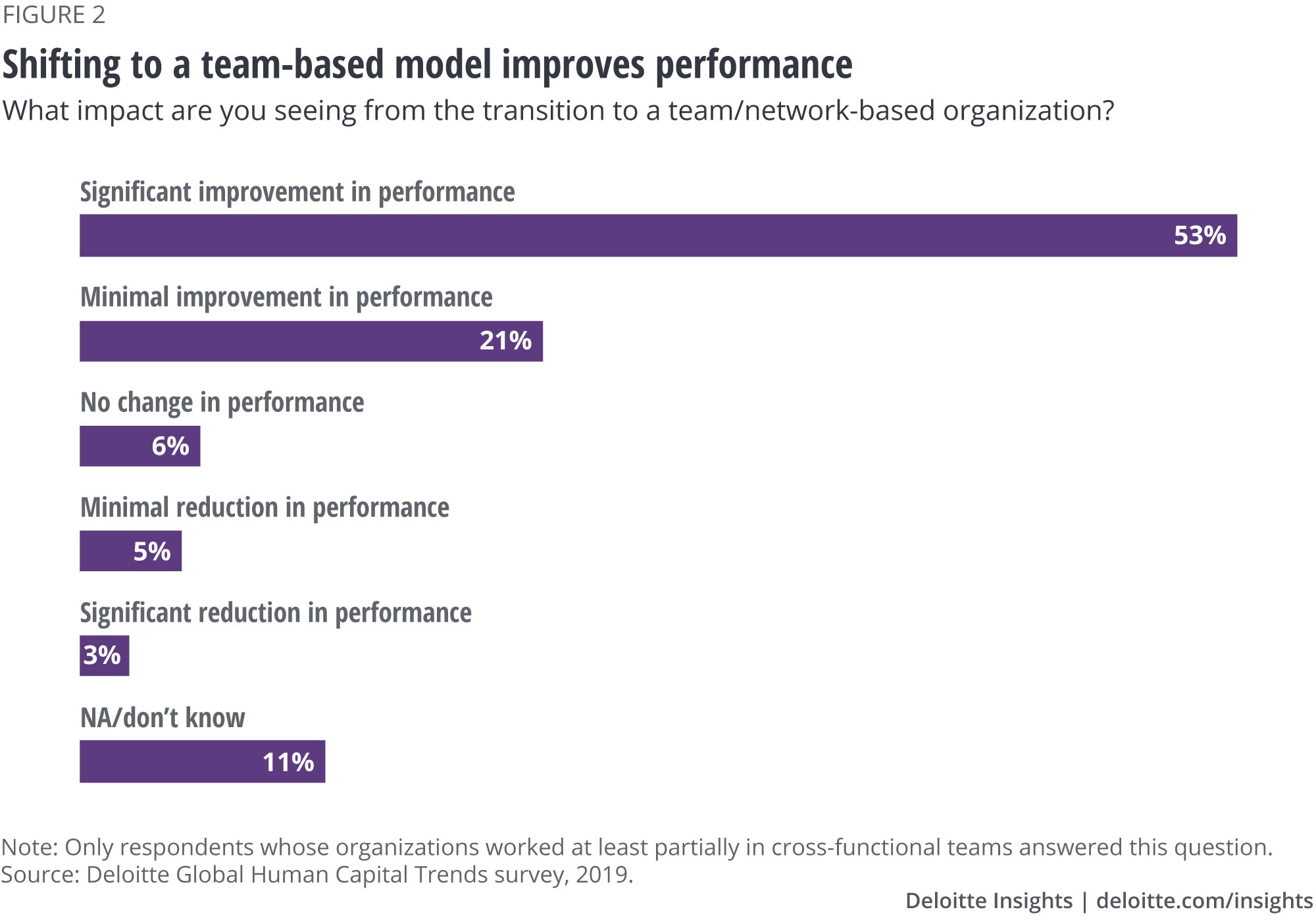 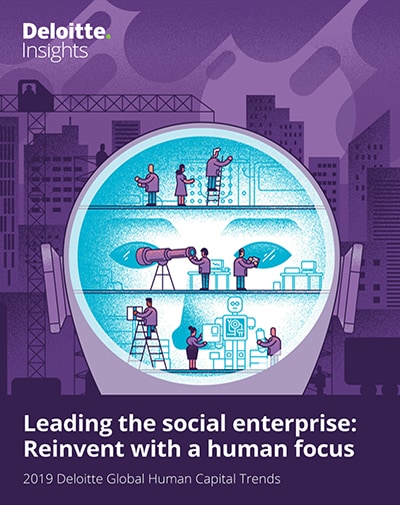 Indeed, the shift toward teams is paying off for many organizations that are executing it well. If we look at some high-performing organizations such as Cisco, Google, and others, they are promoting teaming and networking within their organizations.1 While they have many senior leaders and functional departments, they move people around rapidly, they spin up new businesses quickly, and they have the ability to start and stop projects at need, moving people into new roles to accommodate.

Case in point: At Liberty Mutual Insurance, teams developing customer-facing products sought to pool talent from different functions, thereby enabling a more agile approach to developing products and onboarding customers. In these efforts, marketing professionals design onboarding collateral, call center professionals give input on what they are hearing from customers, and finance professionals provide insights into different payment methods.2 Liberty has found that the teaming leads to improved products, and the team itself feels more empowered. To facilitate this type of teaming across its organization, Liberty Mutual Insurance has built an entire management system, called the Liberty Management System, to support teams. It specifies how teams are formed, how teams operate, how they measure themselves, and how they communicate with others.3

A new set of challenges has emerged

While many organizations understand the opportunities that a shift toward teams presents, there is much more work to do. Sixty-five percent of this year’s survey respondents viewed the shift from “functional hierarchy to team-centric and network-based organizational models” as important or very important—but only 7 percent of respondents felt very ready to execute this shift, and only 6 percent rated themselves very effective at managing cross-functional teams. Despite hundreds of articles on agile methodologies and the broad adoption of agile and team-oriented tools for software engineering, getting work done through high-performing teams across large organizations is still proving to be difficult and complex.

In the early days of experimentation on this front, many organizations were nervous about making the shift to teams. As a result, early networks of teams staffed these “special” teams with only elite talent to mitigate risk. Unsurprisingly, these organizations observed sharp improvements to engagement, net promoter scores, and other relevant measures, but that improvement proved temporary in nature and it was difficult to distinguish between what extraordinary individuals were delivering versus the networks of teams design.

Over time, it has become clear that managing people and work in a network is not just a matter of creating agile workplaces and scheduling standup and scrum meetings. It also means changing the way organizations allocate budgets, train people, and reward workers. It means cultivating greater collaboration at senior leadership levels, including among the C-suite. And it means radically changing career models to facilitate employee mobility within the organization to put the right people on the right teams at the right time—no matter where they may sit.

This mindset shift must start at the top. A frequent challenge to establishing a team-based culture and structure is that the C-suite itself is not yet designed to operate as an integrated team. As we discussed in the 2018 Global Human Capital Trends report, the most senior executive jobs are often functional in nature—chief marketing officer, chief technology officer, chief financial officer, and so on—yet daily operations and long-term strategies cross these functional boundaries. Our research this year found that only 17 percent of C-suite executives “regularly collaborate on long-term interdependent work,” down from 34 percent in 2018; 44 percent of our respondents said that their C-suite executives operate totally independently or only occasionally partner on ad hoc initiatives. This may partly be due to outdated incentive structures: Thirteen percent of the C-suite executives in our survey identified “CxOs’ compensation incentives do not reward collaboration” as the most significant barrier to C-suite collaboration. The whole definition of a C-suite executive has changed, yet many organizational leaders are still struggling to make the shift.

This challenge with rewards doesn’t stop at the C-suite. Often, a team-based organization will promote functional and project management experts into senior roles, rewarding people for their followership, relationships, credibility, and teaming skills. To be effective, these leaders must promote inclusion, fairness, and transparency so that teams can operate well.

A team-based organization also pays people based on their influence and impact, not only their job level, tenure, or title. This aspect of encouraging teaming remains difficult for many, however. One way to reward and pay people for their performance on teams, though not without challenges, is to reconfigure performance management around team-based goals; 28 percent of our respondents said that their organizations awarded performance rewards based on “achievement of measurable team metrics” (figure 3). Recent Bersin™ performance management research has found that high-performing organizations are more than twice as likely as their low-performing counterparts to include overall team performance in their evaluations.4 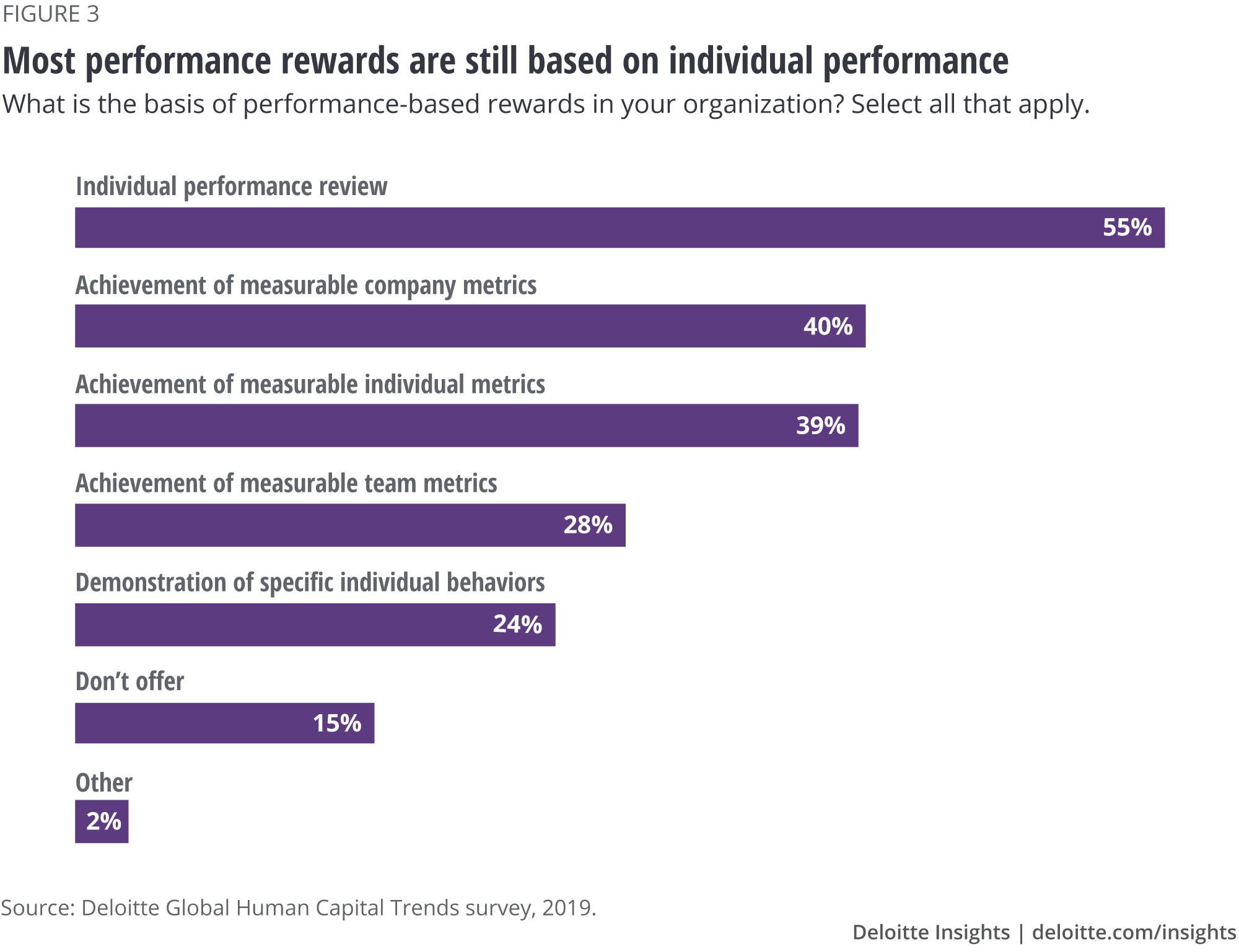 Taking a refreshed look at teaming

Organizations are not without means to address such challenges. Practices such as organizational network analysis (ONA) to examine team behavior and effectiveness are starting to take hold. Network data can easily be collected through brief surveys. Many vendors are also starting to embed network algorithms into email systems, giving organizations the ability to use people’s “digital exhaust” to understand how their networks operate and where the hierarchy might be helping or hindering their ability to get work done. While some regions have restrictions on collecting the data needed for ONA—in the European Union, for instance, the General Data Protection Regulation (GDPR) requires workers to provide permission5—the power of this technique makes it worth exploring.

At one company in the technology sector, for instance, which wanted to simplify its organizational design in an effort to become more customer-centric and proactive, ONA on data collected through survey questions discovered something unexpected: Although the company was functionally organized into 14 vertical structures, its people were actually operating in only four distinct teams. This insight informed the company’s organizational redesign, allowing it to proceed in a way that took into account its existing organization and stakeholder relationships.

In another example, a retailer with tens of thousands of employees used ONA to test whether their networks of teams were operating as designed. The analysis compared the “number of steps” it took for employees to get to the people they needed to make customers happy informally versus formally (through the hierarchy). By identifying the gaps, the organizations were able to make adjustments in team design based on performance and effectiveness data. This comparison between formal and informal ways of accomplishing work is a major leap in the field of team and organization design, and it is enabling evidence-based decision-making in the adoption of collaborative teams.

Efforts like these highlight human-focused reinvention at its finest. By leveraging technology to evaluate the organic way in which people interact and operate, organizations can not only improve their performance by moving toward a more team-based environment, but simultaneously empower their workforce, thereby unleashing their full human potential.

The global trend toward team-based organizations is growing for a reason: It is a more effective model for operating in the dynamic, unpredictable business environment typically seen today. In the long term, we believe there will be no leading organization that does not work primarily on the basis of teams. However, we recognize this will be an incremental journey for many. “Agile at scale” or other frameworks that push all teams in the organization toward multifunctional networks may be one step too far for some. Striving for a culture of collaboration and aligning incentives with team performance can enable organizations to take the first step, build adaptive muscle and confidence, and start their journey toward becoming a true team-based culture.

The authors would like to thank Amir Rahnema, Tiffany McDowell, and Don Miller for their contributions to this chapter. 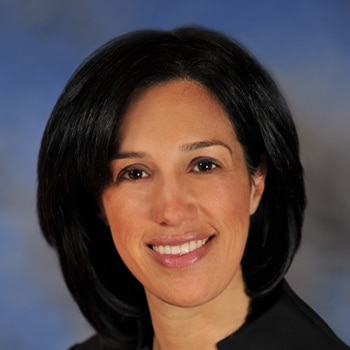 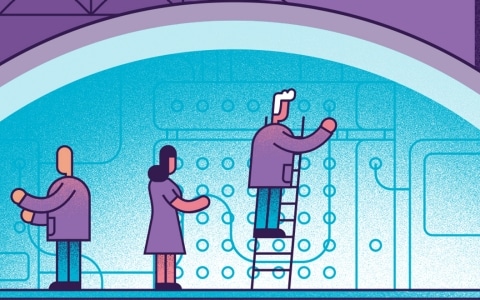 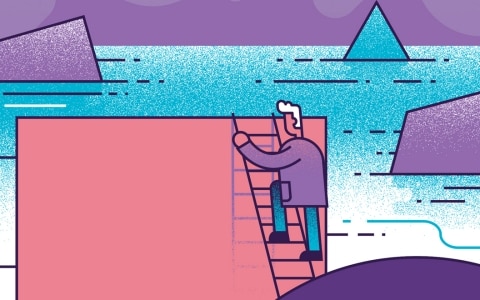 Learning in the flow of life 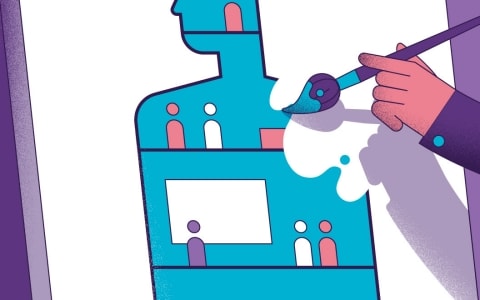 From jobs to superjobs 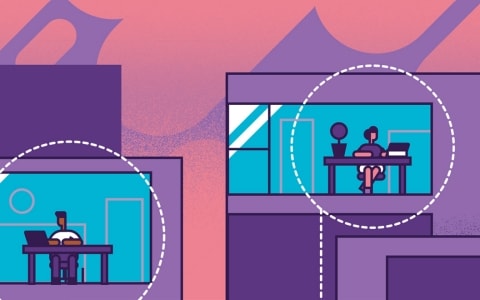 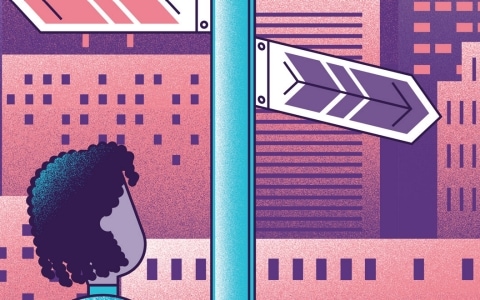 Leadership for the 21st century 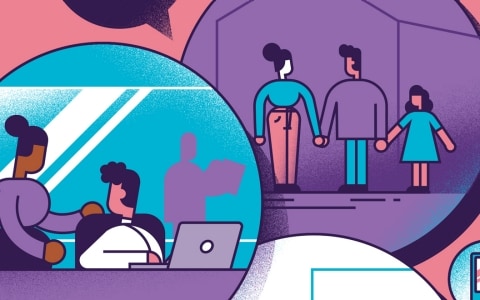 Erica Volini, a principal with Deloitte Consulting LLP, is the Global Human Capital leader for Deloitte Consulting. Throughout her career, she has worked with some of the world’s leading organizations to link their business and human capital strategies. She is a frequent speaker on how market trends are shaping the future of work and the HR profession and is a recognized thought leader in the trends shaping the world of human capital today. Maren Hauptmann is the German Human Capital leader and Organization Transformation offering leader. Hauptmann has 21 years of experience in strategy and human capital consulting across multiple industries and has supported German, European, and global companies in large organizational, digital, and cultural transformations. 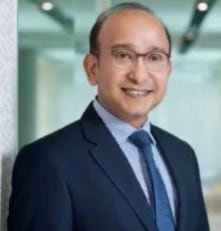 Indranil is an Executive Director in the Human Capital practice at Deloitte Consulting, based in Singapore. He leads the Deloitte-Leadership Practice for Asia Pacific and is the Chief Strategy Officer for the global Deloitte-Leadership practice. Indranil is a globally renowned strategic advisor in innovation/digital, leadership, strategy organization and culture. He has extensive experience in advising clients from ASEAN, Brazil, Japan, China, India, Korea, United Kingdom and United States across a wide range of sectors, including financial services, IT, government, consumer and healthcare.

Yves Van Durme is a partner with Deloitte’s Belgian consulting practice and the global leader of Deloitte’s Strategic Change practice. He specializes in leadership and organizational development, as well as talent and HR strategy, in business transformation contexts. Van Durme has more than 20 years of experience as a consultant, project manager, and program developer on human capital projects for multiple European, Japanese, American, and Belgian multinationals; family businesses; and small and mediumsize enterprises. 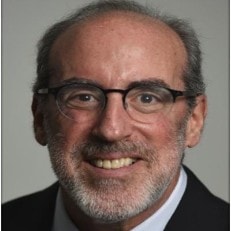 Jeff Schwartz, a principal with Deloitte Consulting LLP, is the US leader for the Future of Work and the US leader of Deloitte Catalyst, Tel Aviv, linking the Israeli startup ecosystem with global clients. Schwartz advises senior business leaders at global companies on workforce transformation, organization, HR, talent, and leadership. He has been the global editor of Deloitte’s Global Human Capital Trends report since its launch in 2011. Jeff has lived in and led consulting practices in the United States, India, Belgium, Russia, and Kenya.

Organizational performance: It's a team sport has been saved

Organizational performance: It's a team sport has been removed