Collaboration keeps InsurTech investment bubble from bursting has been saved

Collaboration keeps InsurTech investment bubble from bursting has been removed

Are InsurTechs experiencing a bubble and, if so, will it burst soon? Based on a new Deloitte report and discussions at the InsureTech Connect 2018 conference, it's clear that although investors are looking for actual performance rather than potential, the InsurTech community remains bullish on the near future.

Is there a bubble forming with all the billions being poured into InsurTech investments, and if so, is it likely to burst anytime soon? That was the question I found myself addressing repeatedly during interviews with journalists and conversations with attendees at the recent InsureTech Connect conference in Las Vegas.

My response was a qualified "no," based on what I learned while researching a report released during the event, entitled: "InsurTech entering its second wave: Investment focus shifting from new startups to more established innovators." The Deloitte Center for Financial Services report found that although the amount of money being raised to finance InsurTech development is still robust, investors are apparently becoming more strategic in placing their bets.

The number of new companies launched fell by half last year, with only a handful of newcomers joining the party in the first half of 2018. Yet, despite this slowdown in startup activity, a hefty $869 million was invested in existing entities through June. Rather than taking a chance on a brand-new startup, most investors seem to be targeting later-stage funding rounds of current InsurTechs, when they are further along in creating actual, scalable solutions. 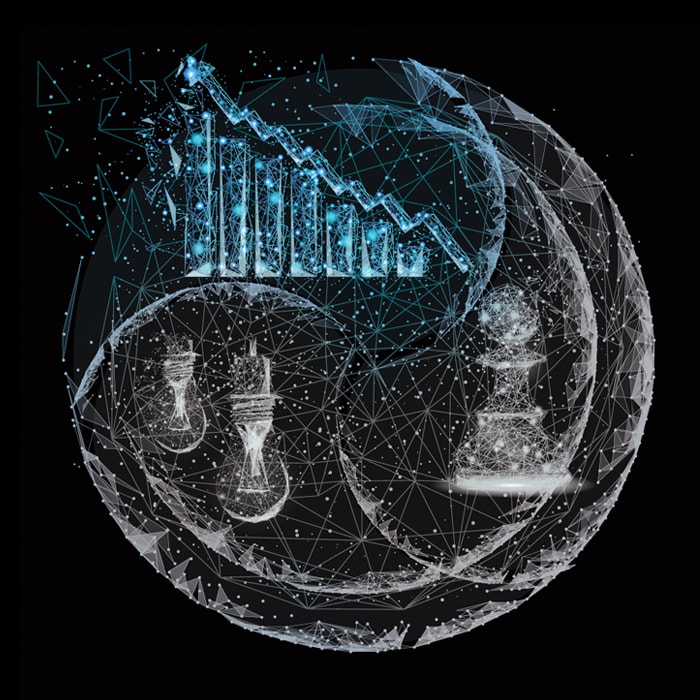 The "gee whiz" stage has passed

The Deloitte report—which I co-authored with Mark Purowitz and Malika Gandhi, global and US InsurTech leaders, respectively, for Deloitte Consulting LLP—indicates we've reached an inflection point, with investors likely pausing to check the progress of the InsurTechs they've already funded while assessing whether to put up any additional money to take those startups to the next level. This doesn't mean the "gold rush" is over, but we appear to have passed the "gee whiz" stage as investors look for actual performance, rather than pure potential, in making their funding decisions.

There will likely be casualties along the way. Given that more than 1,500 InsurTechs have launched since 1998, with many focused on similar problems or markets, some are bound to fall by the wayside or be acquired as the field begins its inevitable consolidation.

Still, it was also clear from what I observed at the conference that the expanding InsurTech community—including startups, professional investors, accelerators, and incumbent insurers—remains enthusiastically bullish about the immediate future. Attendance at this gathering has risen from 1,500 at its launch two years ago, to 4,000 in 2017, to 6,000 this time around.

A big part of this enthusiasm is fueled by another theme emphasized at the conference—the growing collaboration between InsurTech startups and incumbent insurers looking to help finance, possibly acquire, and even work in tandem to co-develop solutions with these entrepreneurial innovators. Indeed, both sides were cautioned by a number of speakers that those looking to go it alone on either side of the technological divide are far less likely to prosper in an increasingly digital and connected world.

Some didn't quite get that message, as I detected a bit of hype at the conference about the potential for stand-alone InsurTechs to challenge incumbents and take some of their market share, particularly targeting younger, tech-savvy buyers of personal and small commercial lines. Whether such InsurTech disruptors have the staying power to become major carriers in their own right remains to be seen. Still, it gave me pause to hear some people casually describe their current state as the "cash burning stage"—those staying afloat on their investors' capital while they strive to perfect alternative platforms and products, generate wider brand recognition and consumer adoption, achieve scale, and hopefully become profitable at some point down the road.

InsurTechs looking to sell directly to consumers appear to be getting most of the attention from the mainstream business media. However, our research found that the vast majority of startups are friends, not foes, of the industry, and are looking to cooperate rather than compete with incumbents. They are operating behind the scenes to help insurers improve underwriting, pricing, claims management, customer service, and other functions.

These friendly InsurTechs are likely to end up being the most impactful disruptors, and in a positive way for the industry. A symbiotic relationship is emerging, with startups looking to displace insurers generally the exception rather than the rule. This new ecosystem was embodied by the InsureTech Connect conference itself, which was teeming with representatives from startups, incumbents, and all those in between, eager to learn about the latest trends while sounding out potential partners and deals.

A "bubble" is usually the result of what's often referred to as "irrational exuberance." For the time being, however, given the number of InsurTechs looking to support carriers rather than elbow them aside, there doesn't appear to be anything "irrational" about the "exuberance" driving the insurance industry in what is perhaps the greatest period of innovation and reinvention in its history.

A symbiotic relationship is emerging, with startups looking to displace insurers generally the exception rather than the rule.

InsurTechs are disrupting the insurance industry

If incumbents can’t beat them, they should join them

Destined to become joined at the hip