How can colleges and universities prioritize student success? Here are five high-impact, low-cost strategies academic leaders can use to improve student retention and graduation rates. ​

Every year across the United States, a significant number of students fail to complete their college degrees.

Read more about Success by design

According to the National Student Clearinghouse Research Center, 26 percent of students who entered college in the fall of 2016 did not return to any institution in the second year; only 61 percent returned to their starting institution. The debate over student debt frequently overlooks these students, who often take out loans but leave college short of attaining a postsecondary credential. Saddled with debt, and without the benefit of the increased earning power that comes with a degree, they face a difficult struggle. They are also the most likely to default on their student loans—according to the Federal Reserve Bank of New York, defaults are most common among students with the lowest debt burdens. Among those with less than US$5,000 in debt, one in three defaulted on their loans.

Furthermore, the National Center for Education Statistics estimates that among first-time, full-time students who started work toward a bachelor’s degree at a four-year institution in 2010, only 60 percent graduated within six years. At public institutions, the six-year graduation rate hovers around 59 percent; at private, nonprofit institutions it’s 66 percent, while at private, for-profit institutions, it’s only 26 percent.

By any measure—whether it's persistence from year one to year two, time to graduation, or the percentage of students who complete their degrees—many postsecondary institutions are falling short. Leaders at these institutions realize that they urgently need to improve outcomes. But progress has been slow, at least in part because leaders of these institutions believe that improving retention and graduation rates is a slow and expensive undertaking.

While it is true that institutions cannot transform student outcomes overnight, a number of high-impact, low-cost practices have been shown to get results. In this article, we identify five promising practices that colleges and universities can implement quickly without a significant investment. These suggestions emerged from research on student success conducted in collaboration with select institutions from the Bill & Melinda Gates Foundation’s Frontier Set. This is a group of colleges and universities, state educational systems, and supporting organizations that are working to increase student access and success while eliminating racial, ethnic, and socioeconomic disparities in degree attainment.

Our partners in this research came from several institutions of higher learning. Here are some of the promising strategies being deployed on their campuses:

1. Open a campus dialogue on student success. Institution leaders can engage the full campus to identify solutions and to provide employees with a venue for airing suggestions and concerns. For example, longtime president of Indian River State College (Florida), Dr. Edwin Massey, embarked upon a listening tour in the early 2000s which resulted in student success becoming the college’s top priority. Through a series of town hall meetings held on every campus, participants had the opportunity to submit questions or concerns they wanted to see addressed by the president. They made note on their question cards which of the nine town hall meetings they would be attending, and Dr. Massey answered every one of them, more than 400 in all, through this format. This strategy, along with conducting a climate survey, were two of the early activities that built the foundation of a culture committed to student success.

Meanwhile, Portland State University (Oregon) opened up campus participation and engagement by crowdsourcing a competition for innovative student-success ideas. The Office of Academic Innovation (OAI) was established to provide the necessary infrastructure to drive and support continued innovation. OAI began by building 83 online courses through an initiative called the Provost’s Challenge, and now has the capacity to build an average of six online academic programs annually. Additionally, this engaged approach revealed an opportunity to work directly with students to identify barriers and codevelop solutions.

2. Create a shared narrative and/or common scorecard to track progress. To help numerous stakeholders—including faculty, staff, administrators, community members, and board members—stay focused, it can be valuable to develop a common understanding of student success and how to measure efforts and results. The Student Success team at Davidson County Community College (North Carolina) designs a one-page “placemat” that is shared every fall with the entire campus detailing the primary campus efforts to promote student success, allowing each department to see how it fits into the bigger vision.

3. Look for ways to demonstrate a student-centric culture. Though the myth persists that innovation is expensive, small moves can make a big difference. Hearing that families attending new student orientation tended to not commit their students to attend without a full course load, enrollment management at Delaware State University teamed up with academic affairs to prepopulate individual schedules that could be instantly linked with the name of an incoming freshman. This meant that everyone attending new student orientation received a personalized schedule and that led to the recruitment of one of the largest incoming classes in the university’s history. In another example, the University of North Carolina at Greensboro created a two-hour training for staff, faculty, and administrators, helping them better understand how to connect students in need to a wide variety of available resources. Those who complete the training receive a sticker to display in their workspace that says “UNCG Cares.” This low-cost, easy-to-deliver training program helped reinforce the idea that UNCG is committed to student success and signaled to students that they are welcome and that there are people available to help them. Meanwhile, Davidson County Community College (N.C.) conducted an inventory of students who had qualified, but never registered, for their credentials and awarded those students retroactive degrees.

4. Reallocate resources. Since it will always be harder to obtain new dollars than to make more productive use of existing funds, leading institutions are both creative and rigorous in identifying resources to invest in student success. Two such approaches are zero-based budgeting, in which all expenses start from a “zero base” and must be analyzed and justified for each new period, and impact-first budgeting to review offerings through the lens of investment and impact. Once they have completed a process of examining structural inefficiencies, campuses can move dollars from more costly activities with lower impact to more productive uses. In December 2016, Delaware State University used this approach to drive an academic restructuring process that led to the unification of professional advisers under the Office of Student Success in September 2017, and the consolidation of five academic colleges into four in July 2018. These moves resulted in substantial savings in administrative costs, while improving services to students by reducing advising loads.

5. Leverage local resources. Effective local resources may already be available for partnership or redeployment. Davidson County Community College (N.C.) consulted the local bus timetable when scheduling its classes to make class schedules more convenient for commuters. Delaware State University asked one of its computer science professors, a data scientist, to take on the role of tracking student success metrics. Doing so led to the development of a powerful student success dashboard, and also allowed the university’s council of chairs to digitize and streamline about a dozen major academic administrative processes, providing students a more seamless experience in registration, change of majors, overloads, and importing credits from other institutions. Together, these changes resulted in increases to retention and graduation significant enough to keep the university on track to reach its 2020 key performance indicators without additional expenditures.

In Texas, San Jacinto College district partnered with key-area employers and industries to foster mutually advantageous workforce development in critical regional labor areas through curriculum support and an employment pipeline. This collaboration led to the construction of a new 145,000 sq. ft. state-of-the-art petroleum-chemical building that includes a working glycol processing unit. With input from industry partners, classrooms and labs were designed to ensure that students acquire skills that allow them to move into waiting internships and graduate into high-demand careers.

Institutional transformation in the service of student success is both a marathon and a sprint. Though significant work may be required for long-term transformation, campuses can get started in ways that are relatively swift and inexpensive to execute. With millions of enrolled students already at risk for not completing—many of them low-income, underrepresented minority, and/or first generation—institutions of higher learning urgently need interventions they can implement right now, to help as many students as possible achieve their educational and life goals. 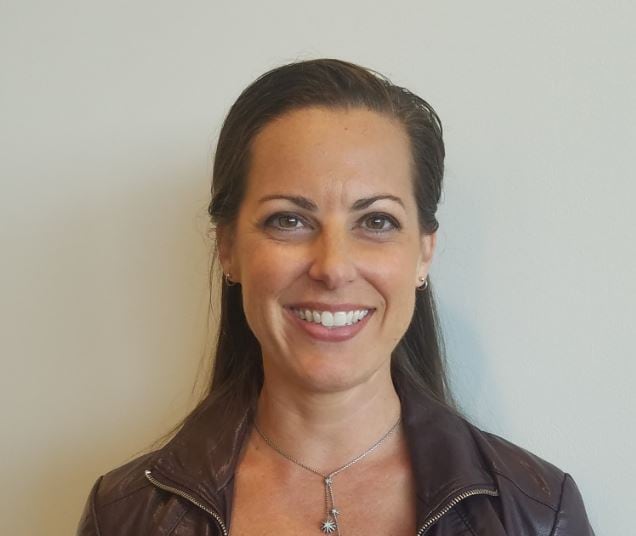 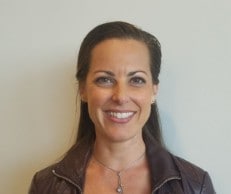 Jen is a manager at Deloitte Consulting LLP within Monitor Institute, where she focuses on higher education issues related to access and completion. Her work considers how business, government, and education can intersect and innovate to enable all individuals to be set up for success. Tutak holds graduate degrees from the Harvard Kennedy School of Government, Harvard Graduate School of Education, and MIT Sloan School of Management, as well as an undergraduate degree from Dartmouth College.

Student success by design has been saved

Student success by design has been removed