A recap of Deloitte Tax Championship 2014

Deloitte Tax Championship 2014 came to a successful conclusion in Shanghai on 26th October. This year’s competition attracted participation from 64 universities in 30 cities of the Greater China Region. Below is the list of the participating teams (listed in alphabetical order):

The group competitions were held in Beijing, Dalian, Shanghai, Wuhan, Guangzhou, Hong Kong and Taipei on 30 August 2014. All participating teams were divided into five groups. Teams from the Chinese Mainland were divided into Groups 1 to 3 by a draw while teams from the Hong Kong SAR and the Macau SAR were in Group 4. Teams from Taiwan were in Group 5. On the group competition day, each team submitted the executive summary of their solutions for a simulated business case in the morning and took part in the quiz section in the afternoon. The 13 teams entering the national final competition were from the Chinese Mainland, Hong Kong, Macau and Taiwan.

The national competition was held in Shanghai on 25th October 2014. 13 finalist teams were invited to a welcome dinner where they met tax professionals from Deloitte China offices on the eve of competition day. The three-hour break-out session was held in the morning of the competition day, followed by an oral presentation in the afternoon. Teams were divided into two groups and made oral presentations before the judges in the semi-final. 6 winning teams from the semi-final presented their solutions and answered questions from the judges.

Teachers and students attended the 2014 Tax Championship award presentation ceremony lunch on 20 October. We are honored to have the presence of Mr. Zhao Shennian, Vice President of The China Certified Tax Agents Association (CCTAA), to be the keynote at this occasion. He stressed the importance of quality talent for social development in China. Last but not least, he encouraged students to develop the quality of "integrity, righteous, dedication and innovation", and as the outstanding practitioners who will continue to pass along the core value of the tax profession.

Students were invited to write an essay in Chinese on PRC tax hot topics. Of the 20 entries received from students studying for full-time master's or PhD programs, eight were shortlisted. The shortlisted writers gathered in Shanghai on 25 October 2014 to present their essays before a panel of judges in the final stage. Winners of the Best Paper Awards (in alphabetical order of the writers' surname) were: 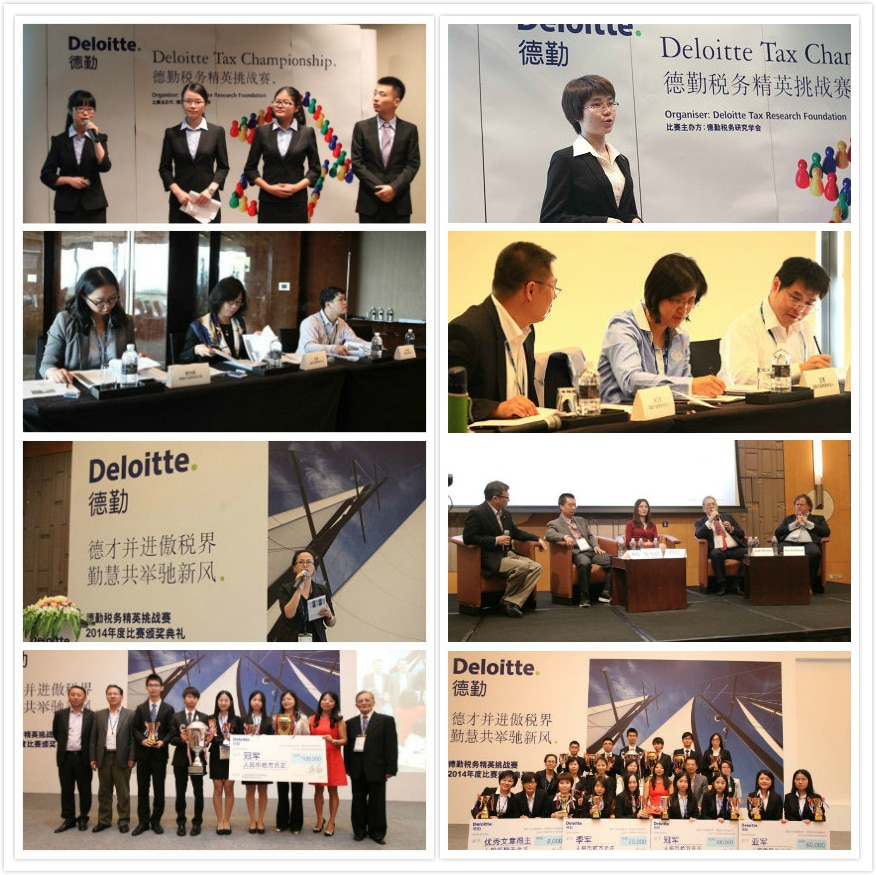