We are glad to announce that all the companies below made the Technology Fast 50 list in 2021.

Bugbyte is a gaming company founded by two brothers in 2012, inspired by childhood games and Rovio’s success story. After initially developing mobile games, the company gradually moved on to develop PC games as well. Space Haven is Bugbyte’s most ambitious game, dating back more than five years. The hard work was done by a small 3-person core team and Space Haven is the team’s overwhelming success right now, even though the game is still in the early access stage. The actual release of the full game still lies ahead and the company is focusing on it with its small team.

Fiksuruoka.fi is a fast-growing technology and e-commerce company that reduces food waste by selling surplus groceries with high discounts through its online store at www.fiksuruoka.fi. Fiksuruoka helps their suppliers (food producers, importers, distributors and wholesalers) to reduce food waste, and on the other hand, Fiksuruoka offers an inexpensive and environmentally friendly way to buy products for customers. The product range consists of shelf-stable food items and non-food items. The use of data and analytics in procurement, pricing, web development, optimising customer acquisition and developing an outstanding customer experience are core competences of Fiksuruoka. In Finland Fiksuruoka cooperates with over 300 suppliers, had €12m revenue in 2020 and has reduced food waste amounting to almost 6 million kilograms.

Finroi Oy is a Finnish technology company that offers machine design, manufacturing and consulting services that has been learned from practical work in many industries over 40 years. Their core competency is to provide automation, robotics and testing solutions to all sizes of technology companies and product manufacturing plants. In terms of consulting, Finroi helps, for example, in sourcing services from or to China. Finroi has many years of experience of working in China, good networks in many fields and has been involved in successful joint projects. Both confidence in working together and interesting challenges have taken Finroi’s story forward for more than 10 years already.

Gutsy Animations is a team of creators and producers who believe that the world is in need of funny, clever and gutsy content that is above all meaningful. All of its productions are aimed at international audiences and they are based on a concept of genuine social impact.

Hoxhunt is a people-first cybersecurity platform that protects organisations and their employees from the risk of cyber attacks. Hoxhunt empowers its employees with the skills and confidence to recognise and respond to attacks wherever they arise and provides security teams with real-time visibility of threats so they can quickly react to them and limit their spread. The entire platform is autonomous, freeing up considerable time and allowing security teams to focus on what matters. Hoxhunt works with Global 2000 organisations from a variety of industries – such as financial services, manufacturing, telecommunication, retail and many other industries – in order to help their customers to educate their employees better and thus reduce the risks related to human error.

The Luoto Company is a fair digitisation service company founded in 2016, an expert firm in software development, data and their architectures. What makes the company unique in Finland is that the personnel consist of mere shareholders – these experienced experts own 80% of Luoto. The company emphasises the importance of knowledge capital and customer experience in the success of a service company in the 2020s. Luoto employs 70 people and its turnover will be approximately €20m for 2021. The company has launched an ecosystem model and acquired four IT service companies that operate with the same model. Despite its young age, the company already serves a wide range of customers, from startups to large, listed companies, as well as the public sector. The Luoto Company was awarded in Kauppalehti Kasvajat Award in 2020.

Metacore is a gaming company formed by small game teams, each deciding which games to build, when to ship them and when to pivot or kill them. Company is going at 50 employees but is growing fast. Metacore was officially launched in August 2020, alongside its hit game Merge Mansion and gaining €25m in funding from Supercell. In April 2021, Metacore announced the first results and a €150m credit line to further accelerate their growth.

PHZ Full Stack Oy is an IT consulting company whose main idea is to make sustainable IT systems, that is, the make sustainable code™ that that will exist even decades from now. At the heart of the customer base are large and relevant projects. Most of this work is done on the clients ’premises to maximise communication and project success. PHZ Full Stack does not focus on a single technology or product, but the company tries to solve each problem with the most appropriate technology, be it a functional programming language, a serverless environment or WordPress.

Swappie is one of the fastest growing tech startups in Europe. The company’s mission is to make refurbished electronics mainstream by empowering customers in 15 countries to choose environmentally friendly and affordable ways to upgrade their smartphones. Swappie is an end-to-end online platform for refurbished iPhones, ensuring the highest standards for its services, ranging from the refurbishment process all the way to customer service. During 2021, the company has more than doubled its headcount (from 500 to 1100+ people) and opened an office in Amsterdam and a fulfilment centre in Tallinn, while having its HQ in Helsinki. 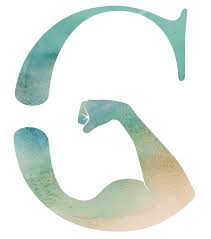